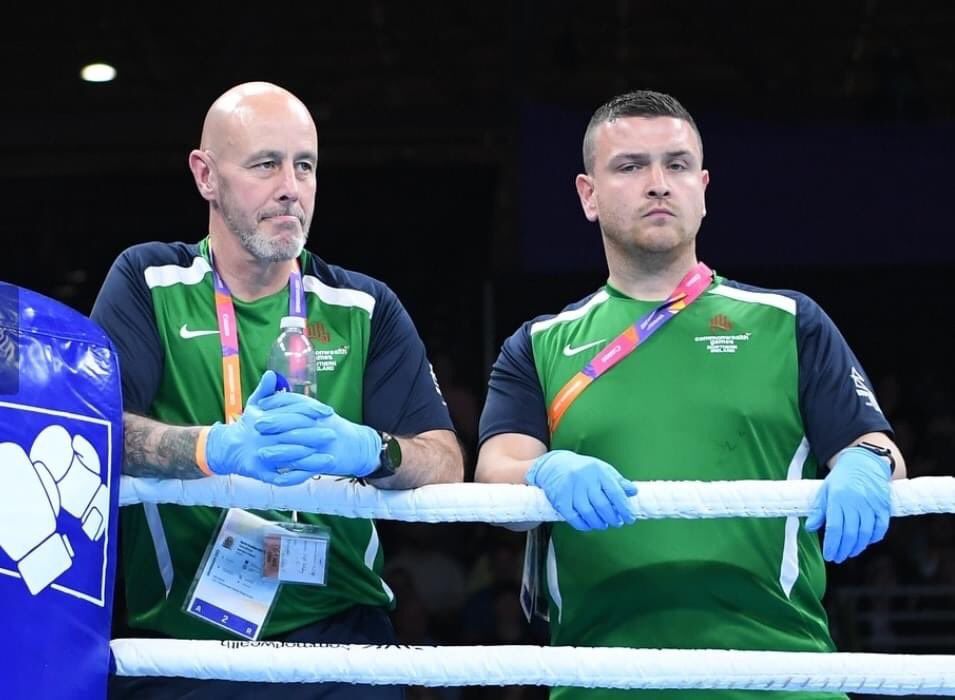 TEAM NI Boxing head coach Damian Kennedy has hailed the performance of the team in Birmingham and believes they silenced a number of doubters along the way.

A haul of five gold, one silver and one bronze resulted in them topping the boxing medal table with some established names leading and newcomers announcing their arrival.

The Toome native was certainly a satisfied mad as he arrived back in Belfast on Tuesday and says the astonishing result was the reward for the work put in by not just the fighters, but all who have been involved in their journey.

"We always believed we could achieve a lot, so it's testament to their hard work, the programmes and club coaches who have been with them since 11 years of age - there are a lot of people involved in this success," he said.

"We knew the talent they had, knew what they were capable of and could achieve greatness, so they just proved us right.

"At the start of this campaign, I said they had the ability to shock a lot of people because of the talent on the team, but we did believe them and they delivered."

This team is the most successful NI team in Commonwealth Games in history. pic.twitter.com/pLIYL9UpIQ

Competition to represent Ireland in the tournaments that lead to Olympic qualification will be fierce as the depth of talent is there for all to see.

Yet the number of men's weight categories dropping from seven to six for Paris 2024 will increase competition and put some highly talented fighters on a collision course to even get out of Ireland.

It is a headache, but one the Irish coaches must roll with and it makes for a hugely fascinating National Elite Championships later this year.

"The main thing now is to get a rest but it is exciting for us coaches next year," added Kennedy.

"It makes our job harder having to select these teams, but it's a great position to be in to have that abundance of talent so it's an exciting time for Irish boxing."