Colts end year on a high 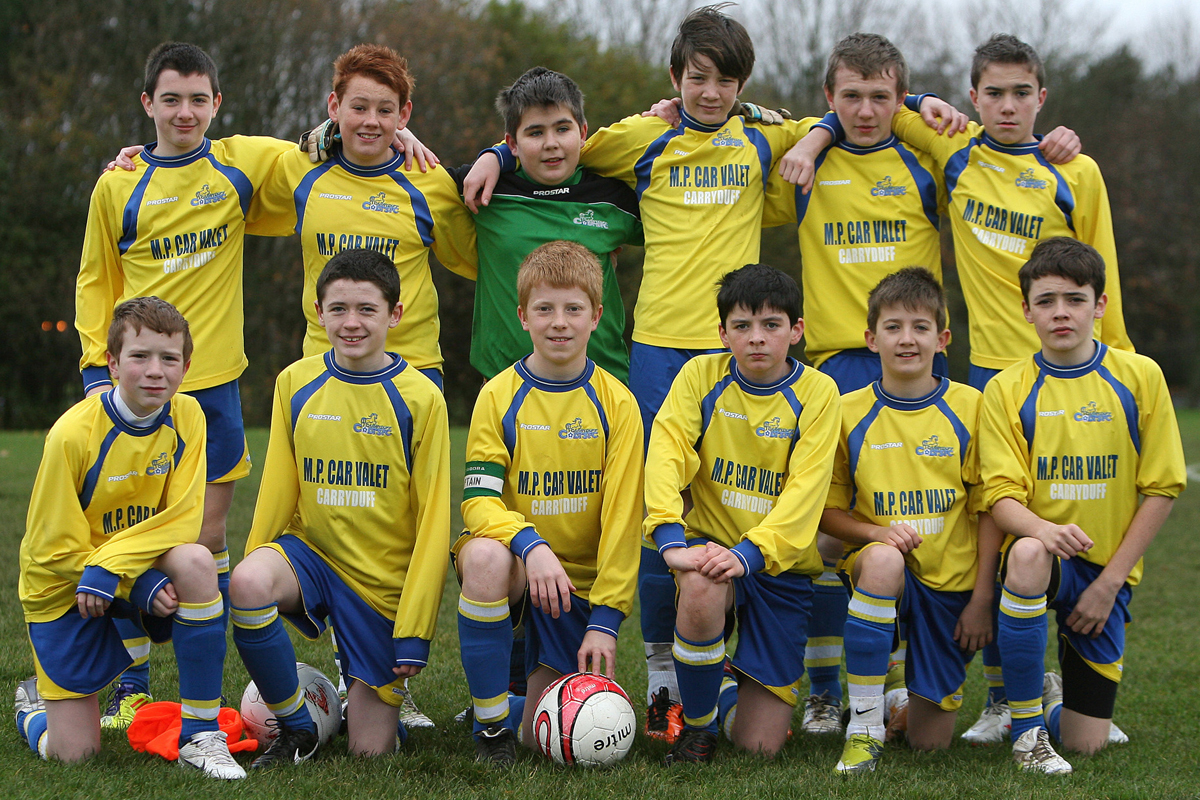 A superb display of pass and move possession football saw Colts ease to their fifth win in the last six games.

The possession stats would have been interesting for this one as they kept the ball for long periods of time.

Carryduff displayed their intentions early on with Gary Fletcher, Joe Sweeney, Michael Deeny and Paddy McEvoy involved in a number of attractive passages of play and the early pressure was rewarded when Ryan Beattie got on the end of a move to give his side the lead after five minutes.

Completely against the run of play, Aquinas equalised after 12 minutes when goalkeeper Nathan Lyons slipped in his goalmouth and a soft goal was conceded.

But that was virtually their only shot on goal in the entire game as the back four of Rory McDonnell, Danny Toal, Michael Mooney and Fletcher were excellent throughout – and many of the attacks during the game began from their composure on the ball and willingness to take it off the goalkeeper.

Colts regained the lead after 25 minutes. Deeny’s corner was headed out by a defender but Eoin Doherty, who led the frontline superbly throughout, managed to get the ball back out to Deeny on the right.

He picked out Beattie with a driven cross and the striker met the ball with a super volley to claim his eighth goal of the season.

There were further opportunities to extend the lead with Jonny Murray forcing the goalkeeper into making an excellent save, McDonnell heading into the side netting from a Deeny corner and both Doherty and Beattie going close.

If anything, Colts stepped up the possession football in the second half with McEvoy’s work rate at closing Aquinas players down a major feature.

Everyone wanted to get on the ball but sometimes there was a bit over-elaboration when they got into the final third.

The third goal came when Deeny released Murray on the right and his excellent cross was cleared by the defender.

It was knocked back to the feet of Doherty who used his strength to hold off a defender in the box and slot home the third goal.

Andy Carter then replaced Murray and made an immediate impact with some good runs down the right hand side and excellent crosses, with a mixture of good goalkeeping and poor finishing keeping the score as it was.

The Colts exacted revenge on Cliftonville having lost to them earlier in the season.

They started well and should have been two goals up inside the first five minutes with Luke Devlin inches away on both occasions.

Having weathered the early Colts pressure the Reds began to play themselves into the match but they were finding the Colts defence and Simon Henry in goals hard to break down. In wet and freezing conditions both teams were putting in full blooded displays of attacking football.

The Colts continued to have the better of the first half chances with Christopher Campbell watching his left foot shot graze the top of the crossbar while a shot from Dylan Strong was well held by the keeper.

An injury to Connor Maguire saw Connor McCann come on at centre half and Ronan Lavery move into midfield.

The Colts began the second half as they had finished the first, pushing forward in search of the opening goal.

Only some desperate defending from the Reds defence prevented the Colts from opening the scoring.

Ben Davis’ deliveries were causing panic and with ten minutes to go a beautiful cross was turned in by Dylan Strong to give the Colts a deserved lead. Only for their keeper, the Reds would have been two down minutes later when a curling free-kick from Ronan Lavery was tipped onto the crossbar.

With the introduction of fresh legs in Tommy Connery, Elijah Doyle, Mark Reid and Brennan Mulholland the Colts maintained the high tempo from the first whistle to the last.

Another fine win for the Colts with particular praise for the defence of Simon Henry, Connor Cunningham, Ryan Murtagh, Paddy Hinds and Connor McCann who get better with each game.