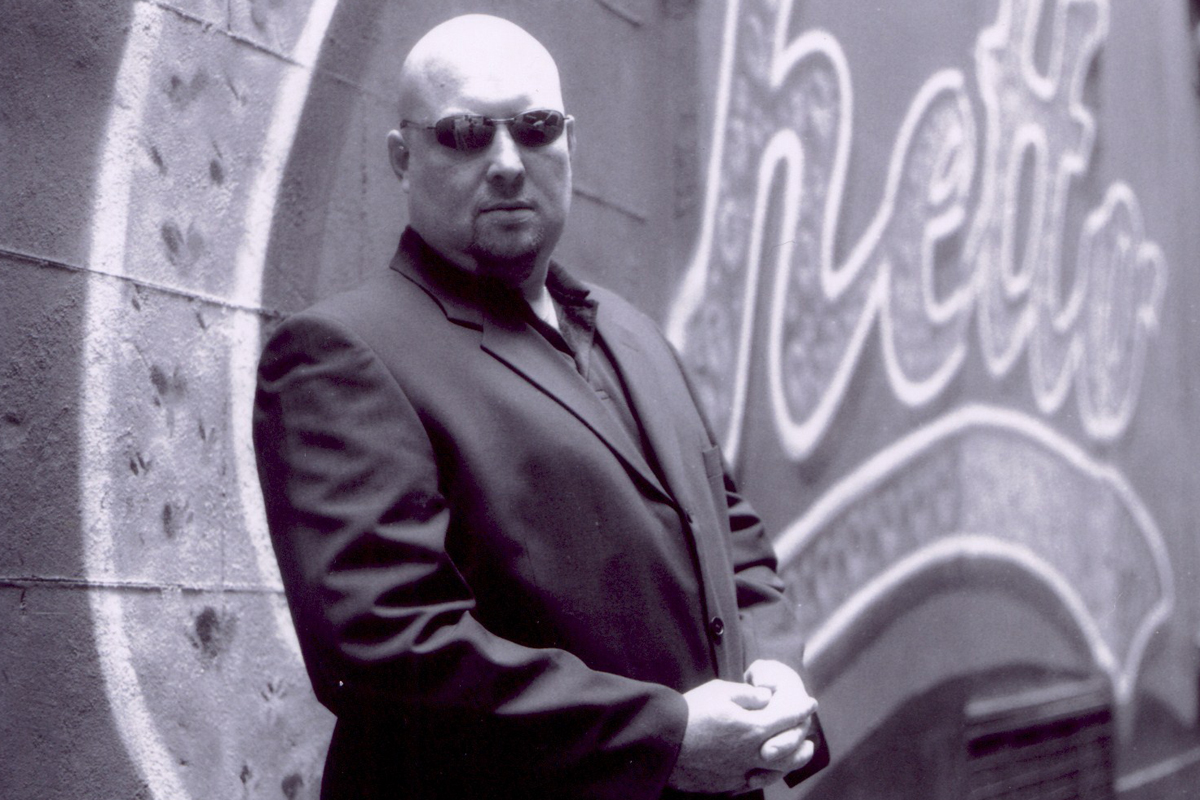 A FORMER gangland enforcer who was once one of the most feared criminals in the East End of London will reveal to South Belfast churchgoers his dramatic conversion to religion.

John Pridmore once lived a luxury life of fast cars, faster women and all the money he could spend. However it was all fuelled by guns, drugs and extreme violence, through his work as hired muscle for crime bosses who ruled London’s gangland with an iron fist.

After years of burying his conscience under narcotics and piles of dirty money, the six-foot five inch hard man, who would make Phil Mitchell quake in his boots, finally turned his back on crime to “embrace God” following a Road to Damascus rethink of his life.

Now the former Cockney kingpin has replaced his knuckle-duster with a bible and tours the globe telling his story in the hope of inspiring people to improve their lives through prayer, no matter what they have done in the past, and to warn of the dangers of gang life.

Speaking to the South Belfast News ahead of his visit to the Good Shepherd Church on the Ormeau Road, John recalled how a youth spent in and out of detention centres and prison shaped him into the perfect candidate for a life as a fully-fledged gangster.

“I was born and raised in the East End and was 10 when I was told my parents were splitting up,” he explained.

“That triggered something inside of me and I began stealing at 13 and by 15 I was in a detention centre. However, I felt it was better to be in there than at home.”

By 19, burly John was back in ‘the nick’, this time among adults where violent episodes and rows often landed him in solitary confinement.

“When I finally got out I secured work as a bouncer in clubs across the East and West End and through that I met guys I knew were gangsters and I wanted to impress them. That’s when I took up an offer to carry out a few jobs for them.”

Initial tasks involved collecting and driving vehicles loaded with drugs that had been brought into Dover. Soon he found he was earning more money through crime than he could ever make legitimately.

“I was 27 and I had the penthouse, the flashy sports car, and piles of money. At that time I was also very promiscuous, and often woke up beside women I could barely remember meeting the night before. This lifestyle also involved drink and drugs as I was taking crack cocaine and smoking dope like it was going out of fashion.”

Having earned a name for himself as hired muscle who could be trusted to obediently crack skulls first and ask questions later, John came to the attention of one of London’s biggest drug barons. Upon being hired, violence and intimidation was a “daily occurrence” and John recalled how he never left for a day’s work without his trusty machete blade and blinding CS spray. However, at the back of his mind, John felt an emptiness that no amount of drugs or ‘bling’ could fill.

“While doing this work, I was really lost, to be honest. Nothing satisfied me, and if I was on my own for any period of time I’d start to get suicidal thoughts so I kept busy.

“One night in our club I was asked by the boss to strike a man with a knuckle-duster, and when I did I actually thought I’d killed him. What was worse, was that I didn’t care. Soon I began to ask myself ‘what have I become?’”

“One night in our club I was asked by the boss to strike a man with a knuckle-duster, and when I did I actually thought I’d killed him. What was worse, was that I didn’t care. Soon I began to ask myself ‘what have I become?’”

In a last ditch bid to rescue himself from a life in the underworld and its inevitable conclusion in prison or death, he reconnected with his mother, and through her, his Catholic faith.

“When I told her how I was feeling, she said she had been to a Novena and prayed to St Jude, the patron saint of lost causes, to help me. I ended up going to confession, and when I took the Eucharist, I felt reconnected with God – to me it was a miracle.”

John knew he had to escape, and sought help from a trusted accomplice.

“A friend called Bulldog agreed to be my insurance policy, as normally, there’s no escaping that life once you are in. But Bulldog spread the word that anyone who attempted to target me for escaping would have to answer to him. I kept in touch with him right up until he died and he had his own conversion to Christ on his deathbed.”

Meanwhile, at a funeral for another gangland figure several years later, John returned to speak at the pulpit, where he came face to face with old faces, who were still embroiled in crime.

“It was a big traditional Kray-style funeral and giving a speech I was able to share my experience in turning to God. Some sniggered of course, but many came up to me afterwards and told me they were happy for me.”

John’s incredible tale is now the centre of a bidding war in Hollywood with producers seeking to turn his story into a movie. He revealed to the South Belfast News that Guy Ritchie, famous for directing cockney gangster flicks including ‘Lock, Stock and Two Smoking Barrels’ is keen to make John’s life the focus of his next project.

In the meantime, John continues to spread the word in his own unique way, offering himself as an example of how anyone can rediscover a life of good deeds, no matter what their past. Having spoken to child soldiers in Liberia who killed their own parents, to addressing half a million people in Sydney on World Youth Day, he revealed he has a special fondness for visiting Belfast when he can.

“I’ve had the opportunity to address schools, and even prisoners in Maghaberry. I just hope that my story can influence even more people to realise it’s never too late to do a little good.”

John will be at Good Shepherd from Monday February 6 to Friday February 10 and will be speaking each day at morning sessions at 10pm, and evenings (excluding Friday) at 7.30pm.