Crumlin Star have the talent to leave Islanders stranded 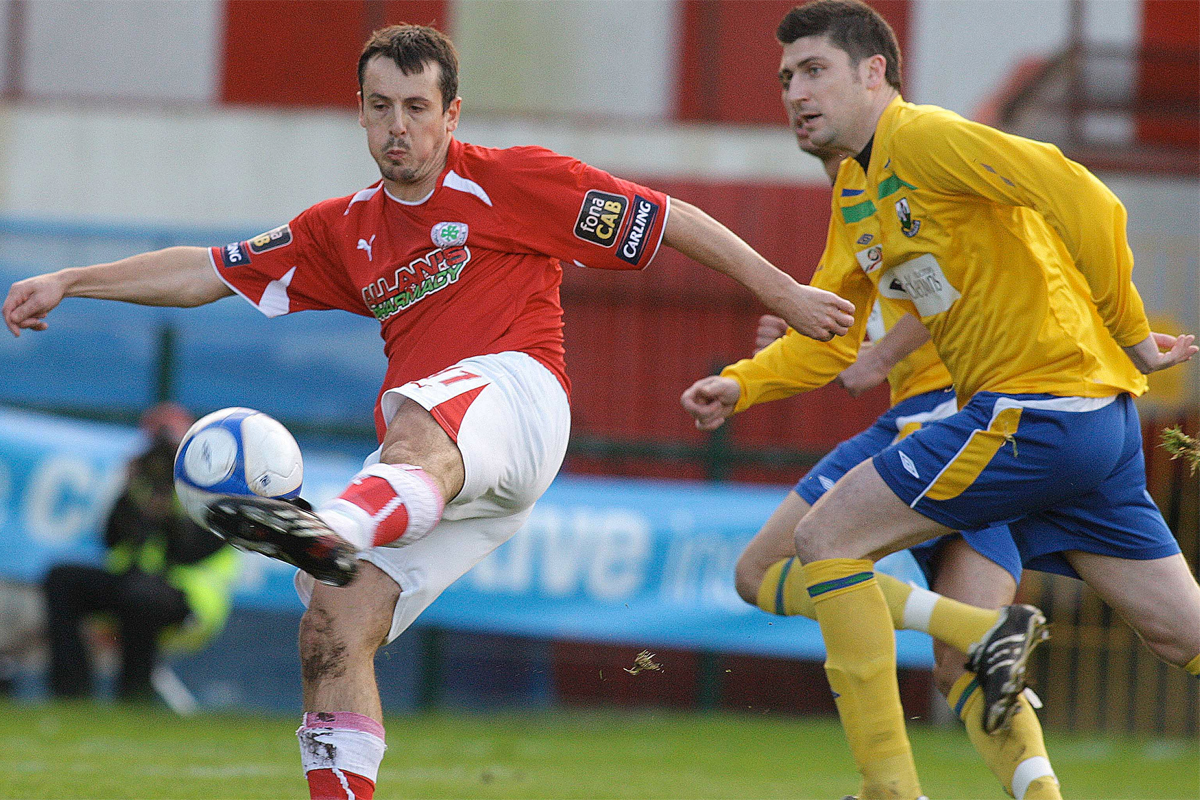 Nervous anticipation is in plentiful supply at this time of year as young and old await the arrival of Kris Kringle and his sackful of expensive gifts.

For the players of Crumlin Star FC this year’s festive celebrations are nothing more than a slight distraction ahead of 90 minutes of football that could forever etch their names in the folklore of the famous Ardoyne club.

Lifting the Border Cup, or the Border Regiment Cup to give it its full title, is one final hurdle to be negotiated by the North Belfast men.

Standing in their way is the imposing obstacle of NAFL Premier Division side Islandmagee.

The Wilbourne Park outfit has already shattered one North Belfast side’s Border Cup dreams after dismantling Newington YC following an uncustomary 20-minute collapse by the Swans at the semi-final stage.

The Star are aware of the treacherous threat which the East Antrim unit poses.

However, the Ardoyne men have never been intimidated by the statistical gulf between them and the Amateur League’s Premier Division aristocracy. Just ask Albert Foundry who were disposed of in the third round of the respected competition.

But for failed promotion bids, largely due to ground restrictions, throughout 2000 and beyond, the Star could well be feasting at the top table of the NAFL.

There is a severe lack of adequate playing facilities for teams in the North of the city. But that’s neither here nor there.

Star are on their way and hurtling towards the top flight at a speed of knots.

An exciting ground share with Cliftonville FC in 2010 has only served to add to the club’s growing reputation.

The link up propelled the Star into the NAFL Division 1C where they scooped the title in style, banging in over 100 goals in the process.

Striker Joe Gormley, who accrued a sensational tally of 61 goals, was quickly snapped up by the owners of Solitude with the tenants’ blessing.

Already this season the sharpshooter has made a name for himself in Tommy Breslin’s Reds attack.

Understandably Gormley’s movement and clinical finishing left a massive void in the Star’s forward line as they began life in Division 1B.

However, Hawkins’ side has never been a one trick pony. The respected former Irish League player, who enjoyed a distinguished career at Newry, managed to attract a raft of talent to the club for the 2011/12 season to complement stalwarts like Sean ‘Saucy’ Brown and Paul Brown.

Francie Murphy, widely regarded as one of the most skillful players in the Irish League, joined Crumlin Star this summer after successful spells at Cliftonville and Lisburn Distillery.

Murphy has the ability to unlock defences and Islandmagee will have their work cut out to nullify his creativity.

Barry McKervey, former AWMC talisman PJ O’Neill and Paul McLarnon are other goalscorers on the roster and have proved to be match winners throughout this season.

In defence Paul Berne, who had spells at Newington and UUJ, has been rock solid in front of goalkeeper Malachy Thompson, who delivered a heroic performance against Ards Rangers in the first round of the Clarence Cup. Captain for the season Ciaran Burns has taken the skipper’s burden in his stride and has led his troops with assured calmness in the ‘libero’ role.

Star have only been defeated once this season, losing out 2-0 to Immaculata in the third round of the Irish Cup.

Besides that November blip they have been imperious. Playing slick football or grinding it out in a battle, Star boast the arsenal to win either way.

More than comfortable on the 3G surface at Seaview, many people’s underdogs have the bite to leave Islandmagee stranded.