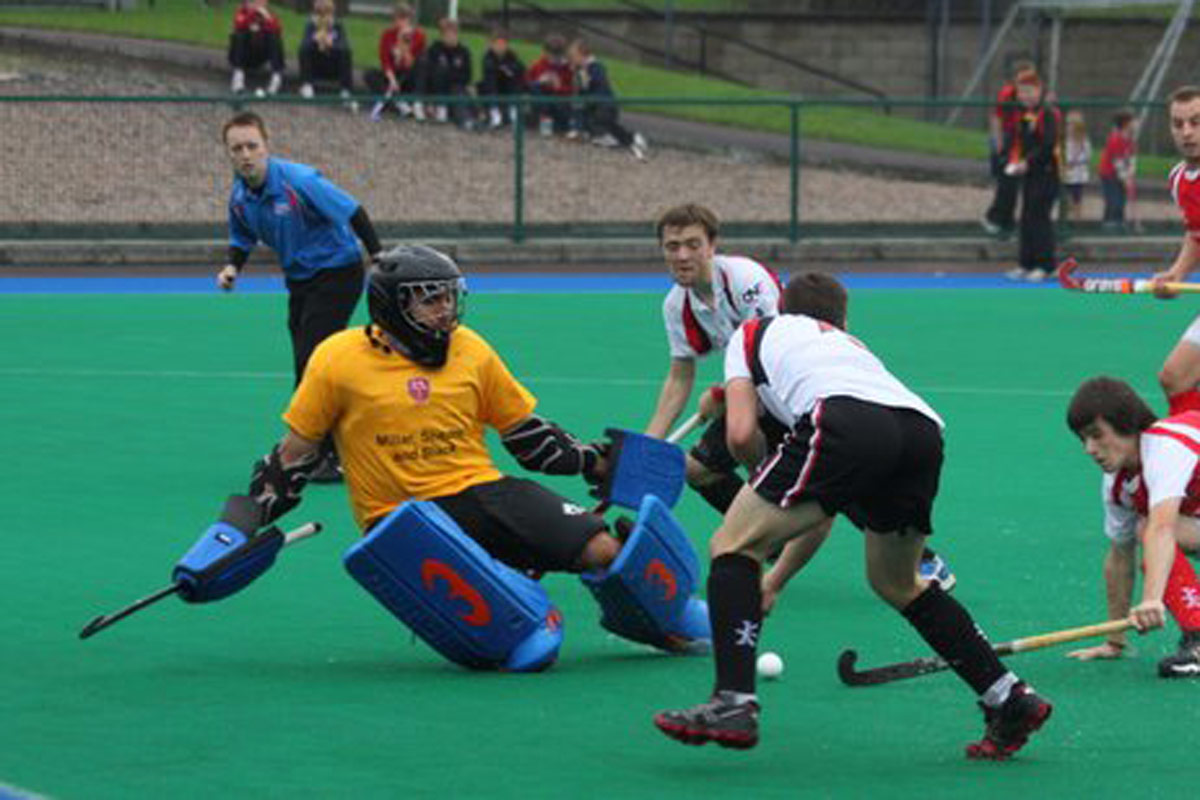 Annadale got this season’s league campaign off to a good start with a narrow win away to Mossley.

The visitors were dominant from the start, with shots coming in from Chris Campbell, Peter Caruth and Fraser Mills while Neil Hamilton’s penalty corner shot was well saved by Andrew Johnstone. William Edgar and Andrew Williamson also found Johnstone impregnable as the Mossley defence, marshalled by Scott McNeil, held out to half time.

The game had barely re-started, when McNeil was sin-binned. As Mossley hurried to re-arrange their back line, Fraser Mills took full advantage, slotting the ball home.

They were awarded another five minutes later and this time Hamilton decided to switch to his German teammate Titzian Peugert. He caught the ball sweetly and placed it just inside the post.

From a penalty stroke Andrew Coulter stepped up to bring his team back into the game.

Annadale could have had a dream start in this game had Andy Williamson latched onto a Peter Caruth cross with the net begging. But with only five minutes on the clock, Gareth Cuddy deflected the ball past Johnny Moore.

Ian Sloan then converted the first penalty corner of the game to stretch Cookstown’s lead.

Annadale started the second half with more purpose and within two minutes they had a candidate for goal of the season after wonderful skill and composure from Fraser Mills.

Sloan then responded to restore Cookstown’s two-goal cushion before Peter Caruth slipped the ball under Hughes.

Annadale were definitely in the ascendancy and five minutes later they had drawn level.

Fraser Mills was chopped down in the circle and from the resultant penalty stroke, Neil Hamilton forced the ball through Ian Hughes and into the net.

Just as it looked as though Annadale were going to steal a win, the pendulum swung against them. Andrew Williamson was harshly sin-binned with five minutes left and while he was off, Cookstown managed to scrape a winner.

Annadale have another big game this coming weekend, when they host Leinster king pins Dublin YMCA in the first round of the Irish Senior Cup.