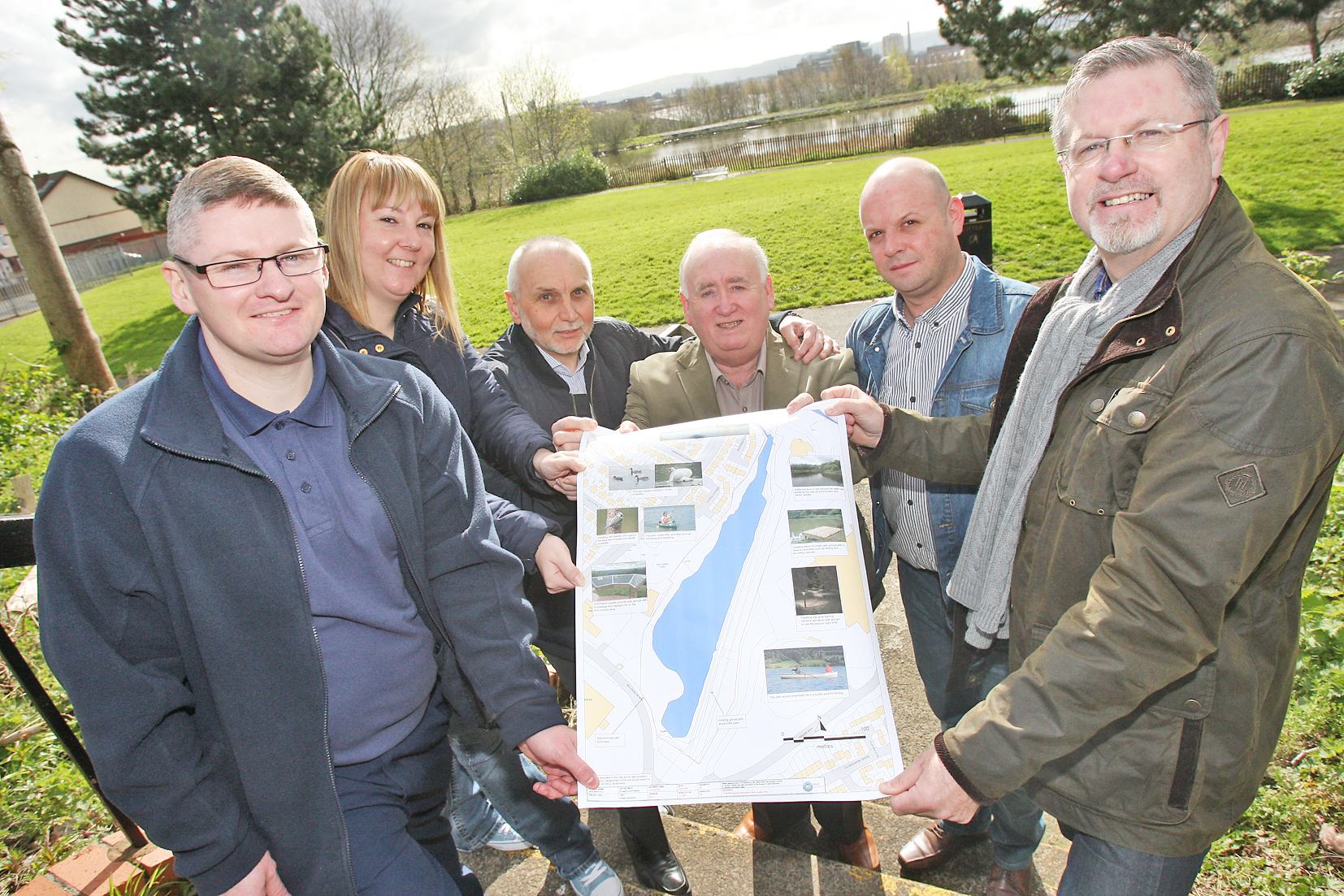 Back in February the Andersonstown News reported how local residents were at their “wits’ end” as anti-social behaviour at the Springfield Dam threatened to spiral out of control.

The former beauty spot has become a hotspot for young people to congregate, causing a massive headache for nearby residents. However, plans are now being put in place to restore the dam to its former glory.

The Friends of the Springfield Dam group have been meeting regularly in recent weeks to put their plans into place.

Jim McVeigh, Chairperson of the Friends of Springfield Dam group, said: “We have held a number of meetings recently with different agencies such as Belfast City Council and the Department for Social Development.

“We have managed to secure some money from the DSD for a proper feasibility study that will allow us to hire people to come in and evaluate the site and work out what exactly can be done.
“One of the ideas is to clean it out and stock it with fish, maybe put a boathouse beside it, landscape the grounds, put lighting in and make it like the Half Moon Lake and the Waterworks.”
Jim continued: “The boathouse at the Half Moon Lake is always occupied, kids from local schools go in and they learn about birds and the environment, the idea would be to turn this into something similar.

“It would cost in excess of £400,000 to do it. Once we have proper designs then our intention would to be apply to Belfast City Council and other government departments for funding, it’s a long term plan.”

Sean Murray, Chairperson of the Clonard Residents’ Association, said: “The potential for this site is great, we are in a hub of activity here. Ideally we would like schools from both sides of the community to take ownership of this land, they could come here to learn about nature and learn how to fish, it would be a lovely spot for families too.

“During the dark nights there were groups of young people congregating and taking drugs, there were needles found lying around when it was being cleaned out there. There is no lighting and it’s pitch black at night, where there’s no control there’s danger, Kids were coming from all over to meet here then going to the Clonard area and causing mayhem.”

Gerard Doran, a local resident and a member of Friends of the Springfield Dam, said: “I’ve two children and I would really look forward to taking them here to fish. I live close to the gates, the anti-social behaviour has been terrible, I’ve had to call the police quite a few times. On one occasion I counted thirty kids going in with their carry-outs. A neighbour of mine was jumped one night when he was walking past them. The problem is the parents actually drop their kids off here, I’ve got into arguments with parents over that.”

Assembly candidate Fra McCann said: “There have been discussions for a number of years about what we could do with this spot, something needs to be done as it has become a nightmare for many of the local residents. It could be a beautiful asset for West Belfast when it’s turned around. A feasibility study should put us on the right course to turn this into something special, instead of it being an eyesore it could be a place of beauty that people can enjoy. From what I gather the Council are keen and eager to develop a project that would be beneficial to West Belfast.”