Dia duit, José: Meet the Colombian Gaeilgeoir who has never been to Ireland 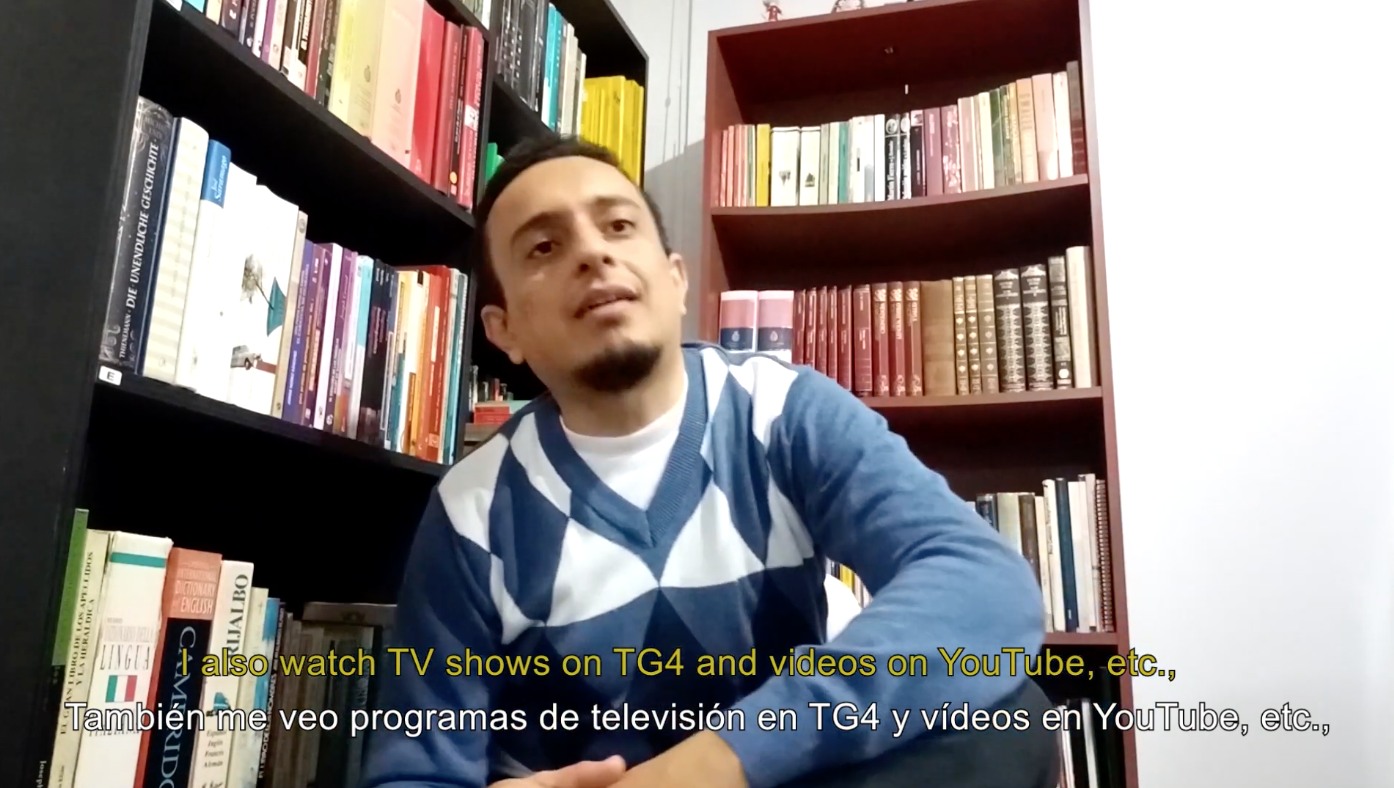 However, imagine learning Irish while living at a distance of 5,000 miles from Ireland.

That would, indeed, be an achievement worthy of the Fáinne Óir badge of the fluent Irish speaker.

Step forward, then, golden Gaeilgeoir José Miguel Ramírez-Giraldo of Colombia who has mastered the Irish language with the help of the online learning programme Duolingo and the tireless, ocean-spanning support of Polelgass language pioneer Pảdraig Ó Maolchraoibhe.

Former head of languages at St Mary's Christian Brothers Grammar School on the Glen Road, Pádraig first heard of José's ambition to learn the Irish language from his many friends in the Basque Country. Yes, José also speaks Basque. And Welsh. And 13 other languages — making him a bona fide polyglot.

Gaeilgeoir Pádraig, who speaks French and Spanish to a teaching level and can hold his own in up to ten tongues including Basque, Catalan and Italian, has been in regular contact with José over recent years.

"José is very much a hyper-polyglot," says Pat. "He can speak 15 languages very well and when he decided to take on Irish, I had no doubt but that he would stay the course."

Readers can see from themselves from his YouTube premiere in Irish above — which José sent to his friends in Ireland this month — that he is now a polished and eloquent Irish speaker, equally comfortable using traditional proverbs or contemporary technical terms in Irish.

José says he started learning Irish in 2016 and spent six months with his nose to the grindstone. He says in Irish: "I was studying it (Irish) for about six months initially with help from Duolingo and then with the two course books by Nancy Stenson. I studied practically non-stop during those six months and it was then that I learned most of my Irish."

Since that period, he has been a keen viewer of Irish language channel TG4 and of Gaeilge YouTube videos as well as becoming an avid reader of Irish literature. Throughout the past four years, Pádraig has also kept José supplied with Irish language materials and has written to him in Irish frequently.

And while Mohammad hasn't yet come to the mountain, Pádraig and his wife Martita, a native of Ecuador, brought the mountain to Mohammad when they visited José in his home town of Pereira, Colombia, in 2017. "It was a real treat to be able to meet José in the flesh and to speak only Irish with him," recalls Pat.

Plans to have José visit Belfast were upended this year by the Covid crisis but both he and Pat have summer 2021 marked in their diaries for the Colombian Gaeilgeoir's first visit.

"I plan to bring him to both An Chultúrlann and Cumann Chluain Ard when he visits," adds Pádraig Ó Maolchraoibhe. "And, who knows, we might just get a chance to have him sit down with the struggling beginners to give them that little nudge they need on their language journey."

One thing's for sure: José is sure of a céad míle fáilte from Belfast's burgeoning Irish language community when he finally gets to set foot on Irish soil. Fáilte is fiche!