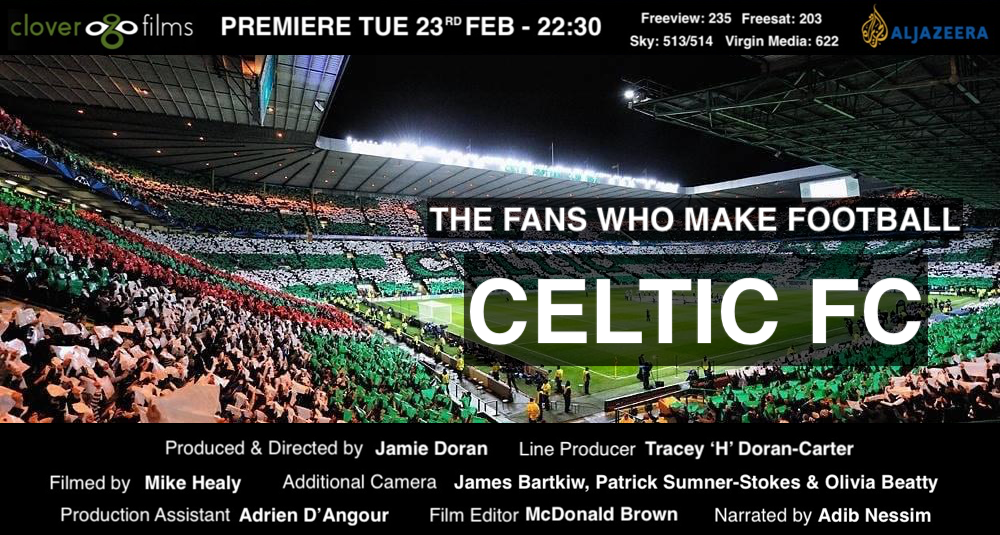 A DOCUMENTARY that shines a light on what it means to be a Celtic fan will broadcast on Al Jazeera tonight (Tuesday) at 10.30pm.

Jamie Doran's 'The Fans Who Make Football: Celtic FC' will focus on how supporters of the Glasgow club go above the traditional parameters of most fans and can be better described as a 'movement' given their links to political activism and social justice.

Glasgow-born Doran travelled to Belfast to meet fans including 'Wee Duff' and the 'Scooter Squad'; looked at how fans took young Lurgan boy Jay Beattie, who suffers from Downs Syndrome, to their hearts; chatted with Albanian President Ilir Meta who is a diehard Celtic supporter; and found out what it meant for the 12th member of the Lisbon Lions, John Fallon, to pull on the famous hoops.

As a Celtic fan, it was a natural choice for Jamie to explore the ethos of his club and when in Rome for last season's Europa League game against Lazio, one fellow supporter summed it up: “Celtic has taught me anti-fascism, anti-racism and to welcome immigrants, which I am, being from an Irish background. It’s taught me to respect others and look after others who are less fortunate than ourselves.”

The Clover Films documentary is one of a six-part series that explores culture of various clubs' supporters around the globe, from female rights in Java, socialism in Liverpool, right-wing activism in Buenos Aires, the anti-fascist movement in Hamburg and political freedom in Casablanca.