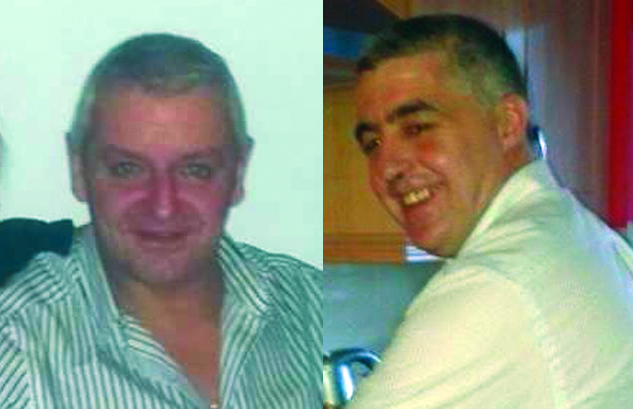 WEST Belfast has been left shocked by the deaths of two local men on foreign roads in the space of just five days.

Patrick McDonnell (52) was originally from Dermot Hill Parade and moved to the town of Holly Springs, North Carolina, in 2011.

Mr McDonnell was hit by a lorry at 11pm US time on Monday night and was later pronounced dead at hospital.

He is survived by his wife Ursula, their three children Patrick, Shannon and Melissa, and their grandchildren Eliza and Maizey.

Patrick was well known locally as a stained-glass specialist and an avid Celtic supporter.

The death follows that of Jim ‘Soupy’ Campbell who was knocked down and killed on the Canary Island  of Fuerteventura last Wednesday. Originally from Springhill, Mr Campbell (40) had moved to Downpatrick in recent years.

Mr McDonnell’s nephew Conall Mac Corraidh said: “We are absolutely devastated that this should have happened to him. Our granny only passed away a few weeks ago and we are still reeling from that.

“Patrick had recently started his stained-glass business up again and was really getting back into it. He worked at that for years and lots of his work can be seen all over Belfast and beyond.

“The last time we saw him was Christmas, he would come home a few times a year. We’re sure he would have been back over for Easter for all the Rising commemorations. It’s just so hard to take in.”

It’s understood the family have acquired support from the Kevin Bell Repatriation Trust to bring Mr McDonnell’s remains home as soon as possible.