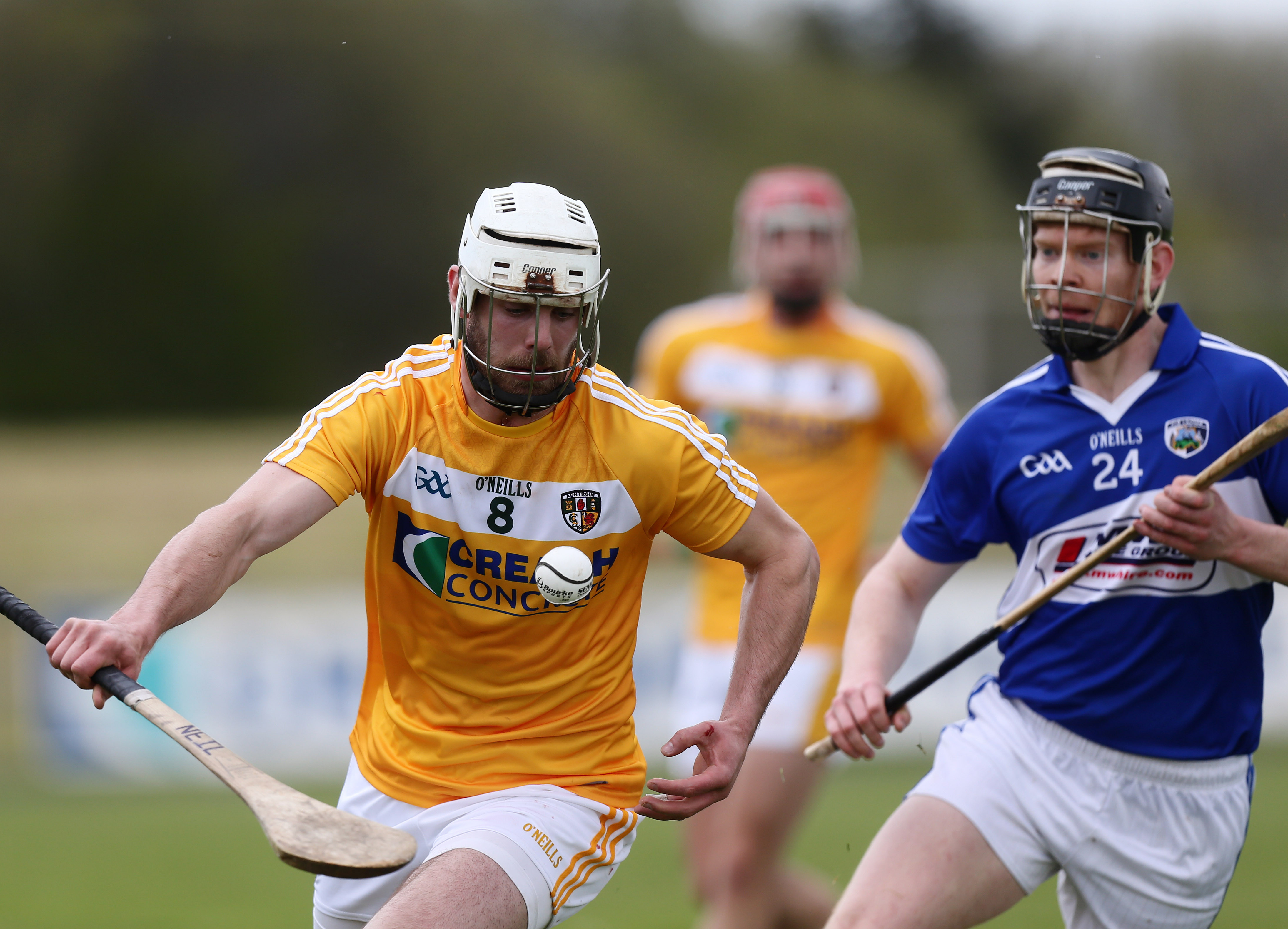 Ciaran Clarke scored the decisive penalty to give Antrim a one-point win and to upset the odds against a fancied Laois outfit, who had dominated the majority of an action-packed match.

Antrim scored the first of eight goals through Neil McManus after just three minutes and seemed to be in control when McManus' side line cut was touched to the net by Conor Johnston after 13 minutes.

Antrim led by 2-2 to 0-4 but immediately gave away a penalty when PJ Scully was fouled and the excellent Zane Keenan converted.

Keenan hit two consecutive scores to level the match before lobbing the sliotar deep into Antrim territory and Tommy Fitzgerald scrambled it over the line.

The second half began with the sides trading scores before Conor Johnston of Antrim was picked out by Conor McKinley. The youngster burst speedily past Brian Stapleton and finished well from a tight angle for his second goal of the match.

McManus and Clarke made it a one-point game with Keenan responding in kind through another free at the other end.

However, midway through the half Antrim moved in front for the first time in over 30 minutes when Clarke burst through a challenge and rattled the ball to the net.

Laois came roaring back and Charles Dwyer, Keenan and Pádraig Purcell edged the visitors back in front with three unanswered scores.

Seamus Plunkett's men looked to have the points in the bag on 67 minutes when substitute Ben Conroy's mis-hit attempt at a point looped over the diving Antrim goalkeeper and into the net.

Clarke reduced the gap to two points with a score after sustained Antrim pressure and deep, deep into injury time Neal McManus, redeployed at full forward from midfield, was hauled down by Cahir Healy.

Clarke steadied himself and planted the ball into the net to give Antrim their first win of 2015, and to put them a step closer to the Leinster Championship proper.