East meets West for a Van the Man Songbook sensation 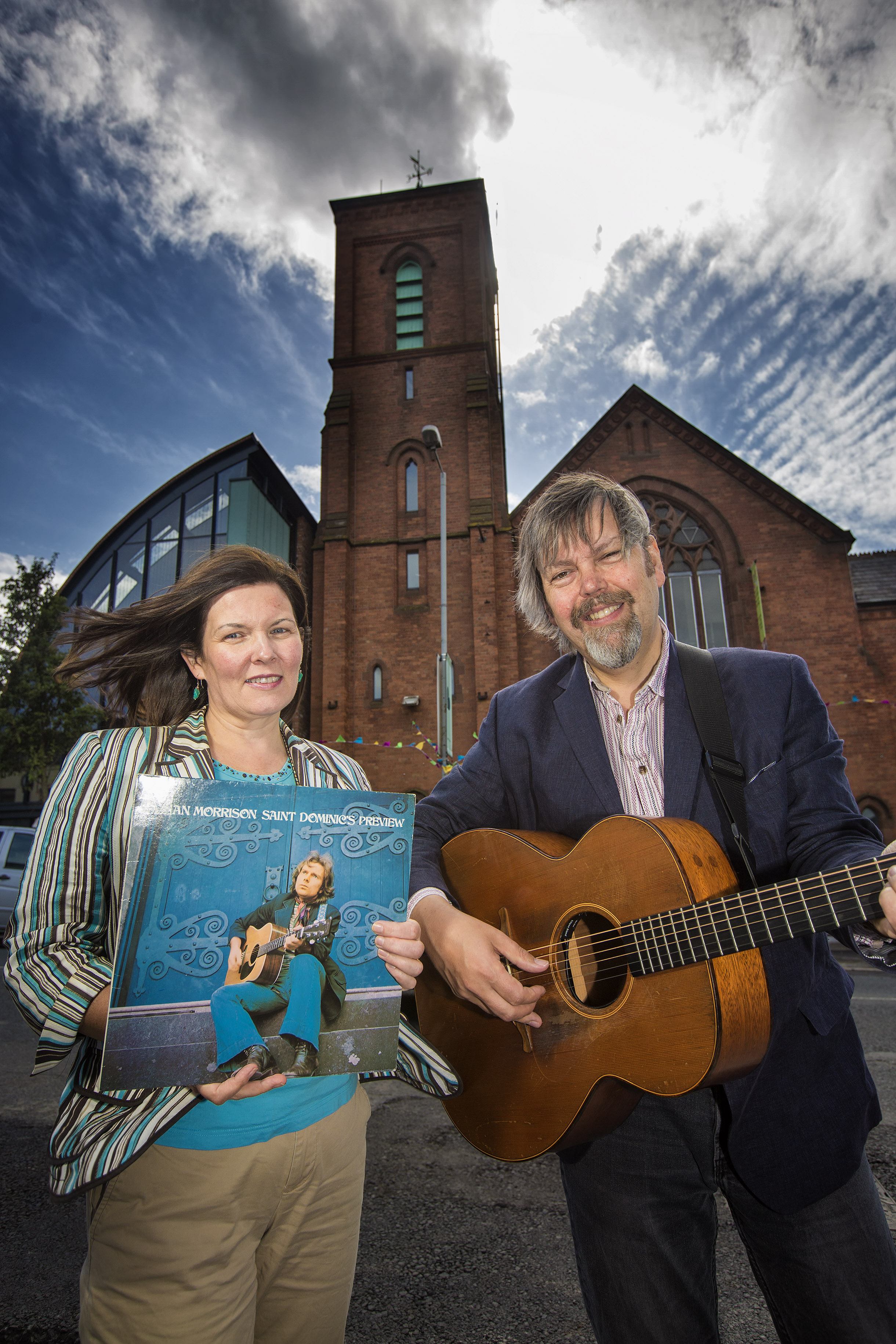 Cultúrlann McAdam Ó Fiaich in association with Féile an Phobail is set to host a very special evening of music to celebrate the work of one of Belfast’s all-time finest singer-songwriters, Van Morrison.

Ahead of his seminal concert as part of Eastside Arts Festival on Belfast’s legendary Cyprus Avenue, musicians Anthony Toner, Ken Haddock, Matt McGinn, Mary Ryan and Dick Farrelly will showcase their versions of the great man’s music at An Chultúrlann on Sunday (August 30).

Funded by the Arts Council of Northern Ireland and sponsored by George Best Belfast City Airport, The Van Morrison Songbook will include some of the East Belfast legend’s best-known hits, with performances presented in English and Irish.

“This exciting performance featuring some of our leading singers and musicians marks the beginning of an important new partnership between Eastside Arts Festival and Féile an Phobail,” said Noirin McKinney, Director of Arts Development at the Arts Council. “Audiences can expect a fantastic evening’s entertainment, as East meets West for what promises to be a truly unique and memorable event.”

Musician and Eastside Arts Manager Anthony Toner said the event is not to be missed.

“The Van Morrison Songbook event at Cultúrlann as part of the Eastside Arts Festival in association with Féile an Phobail is no doubt going to be a memorable and very special evening,” he said. “With a range of talented and well known musicians showcasing songs by one of the most famous east Belfast sons, Van Morrison, it will be an evening not to be missed.”

The Van Morrison Songbook is one of two special events presented in partnership with Féile An Phobail to feature at this year’s Eastside Arts Festival, following on from a performance of the critically-acclaimed The Holy Holy Bus last weekend at the Stormont Hotel.

“Van Morrison is one of the true musical legends to emerge from our city,” he said. “We’re thrilled to be able to bring a musical flavour of the East to West Belfast at the weekend, with the cream of local musical talent bringing the great man’s songs to life in Cultúrlann.”

The Eastside Arts Festival runs from 19th-31st August, with 12 days of music, theatre, exhibitions, talks and more. For more information and to purchase tickets for The Van Morrison Songbook (£10), visit www.eastsidearts.net