EDITORIAL: Amidst No. 10 Lies and Deception, unionists should realise being on an island has advantages in a pandemic 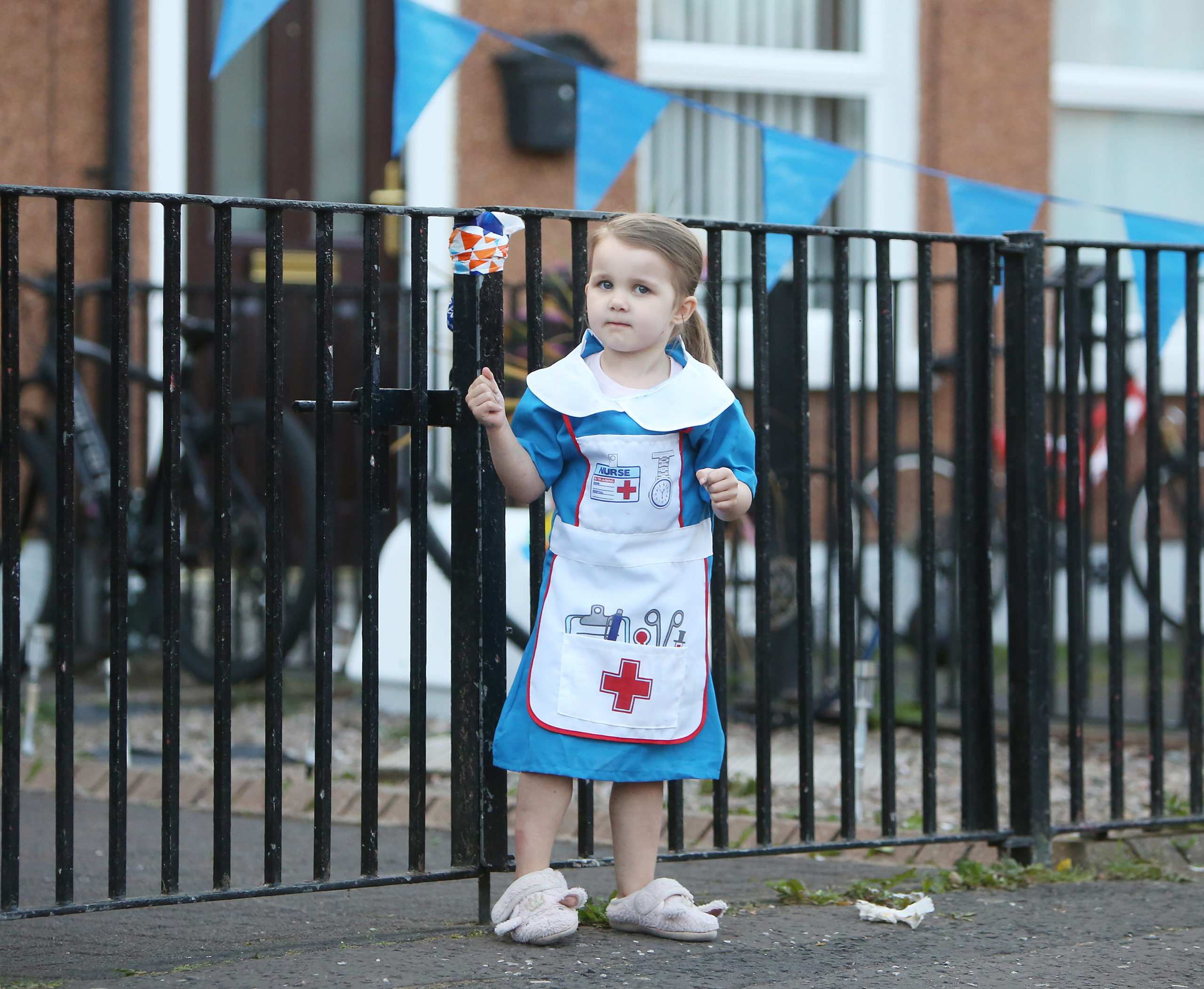 CLAP FOR CARERS: Little Christina Fennell of Aitnamona dresses up to salute the healthcare heroes

NEWS that the United Kingdom now has the highest Covid death rate in Europe seems to have come as something of a suprise to those inclined to believe British Prime Minister Boris Johnson when he said last week that the world was watching to see what lessons it could learn from the “apparent success” of the UK government in tackling this crisis.

In fact, those of us with eyes to see have been warning for some time that there was always going to be a price paid for the madness that was the No.10 response to the early warnings it received from the experiences of European countries like Spain and Italy. The gigantic, week-long Cheltenham festival of horse racing was allowed to take place (and the now infamous pictures of that gathering may well be the defining image of the UK’s Coronavirus performance); thousands of fans from Europe’s then-Covid hotspot, Madrid, were allowed to fly into Liverpool for a Champions League game; the Prime Minister boasted about shaking hands with everyone he met at a hospital he believed to be infected with Covid.

Despite these shockingly irresponsible incidents, unionists and Alliance members of the Stormont Executive continued to tell us that we should be led by the science – that the experts giving No.10 advice were better placed than our own experts to tell us what our next steps should be. But it was always going to be the case that the science that was driving the British government’s wildly irresponsible actions was being driven not primarily by empirical clinical data, but by the political imperatives of Boris Johnson and his now notorious chief adviser Dominic Cummings. And it was always going to be the case because the evidence was available for all to see in the deeply questionable CVs of both these main actors in a drama that this week turned definitively into a tragedy.

And with clanging inevitability, the deputy Chief Medical Officer of the UK announced on Tuesday that the British government’s move away from community testing and contact tracing to focus on testing in institutions had not been led by science after all, but by a critical shortage of personal protective equipment (PPE), a shortage that was the responsibility of the UK government. So while some in our Executive were willing to overlook the appalling trail of bad faith, deception and lies that Boris Johnson has left in both his journalistic and political careers, the excuse that they were looking to No.10 because it was being guided by science has now dissolved, as those of us not willing to give Johnson the benefit of the doubt always knew it would be.

As the catalogue of No.10  lies and deceptions lengthens, as the following-the-science fig-leaf is ripped from the Executive’s loins, it’s not too late for the Londoncentric hold-outs to decide that being on an island is rather a good thing when a pandemic strikes, even if there is a border (which for people going about their daily lives virtually doesn’t exist anyway).

When a reckoning is made of the shambolic series of monumental failures that has brought the UK, a country with 0.8 per cent of the world’s population, to number two in the list of global deaths, people here will look to see who cried stop and who said nothing. Particularly in the wake of a week like this.

Our front photo shows little Christina Fennell kitted out in the appropriate fancy dress for the Clap for Carers in Aitnamona on Thursday evening.