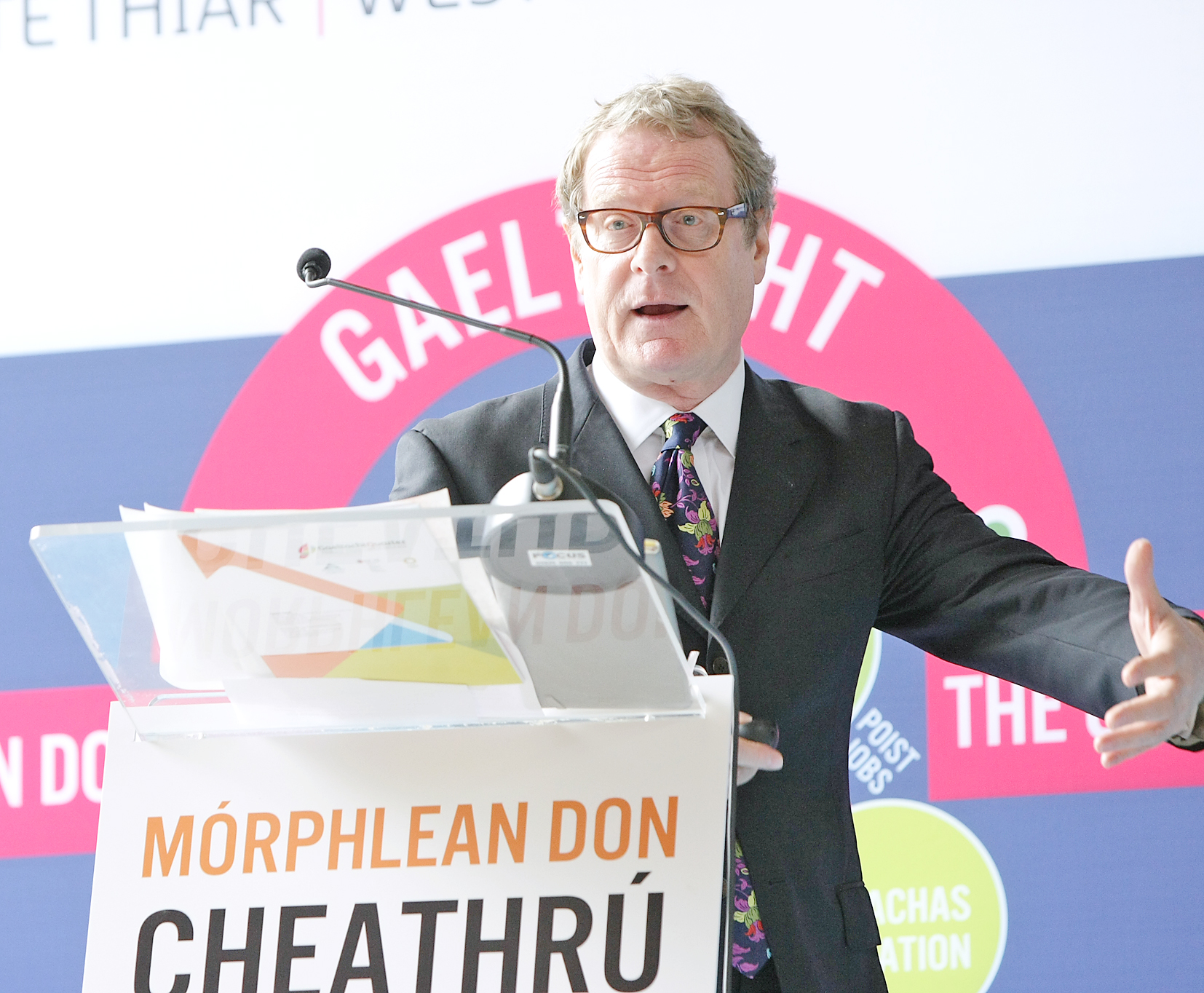 A leading English planner and urbanist who drew up the first comprehensive plan for the revitalisation of the Gaeltacht Quarter in West Belfast has died.

Clive Dutton OBE (62) pioneered two groundbreaking reports for government on how the Irish language and culture could be the catalysts for the revival of West Belfast.

His work represented the first time the authorities had acknowledged the role of An Ghaeilge as a tool of urban development. His vision of a buoyant West Belfast anchored in a dynamic Irish language community centred in the area, stretching from Coláiste Feirste past An Chultúrlann to St Mary's University College, has since become a reality.

"Clive carried in him both the quality of a statesman and that of a poet. He drew on these strengths with noble ease as he helped this small part of the world journey out of war," he said.

"We already miss his great, warm, open smile, but in the Gaeltacht Quarter his legacy stands tall: a changing skyline of new buildings together with hugely improved levels of equality in the areas of education and economic and social development."

In 2004, the former Birmingham Director of Planning produced the Dutton Report on the Future of the Gaeltacht Quarter. In 2013, he returned to Belfast at the invitation of Culture Minister Carál Ní Chuilín to refresh his ambitious plan for the area.

Mr Dutton is survived by his wife.