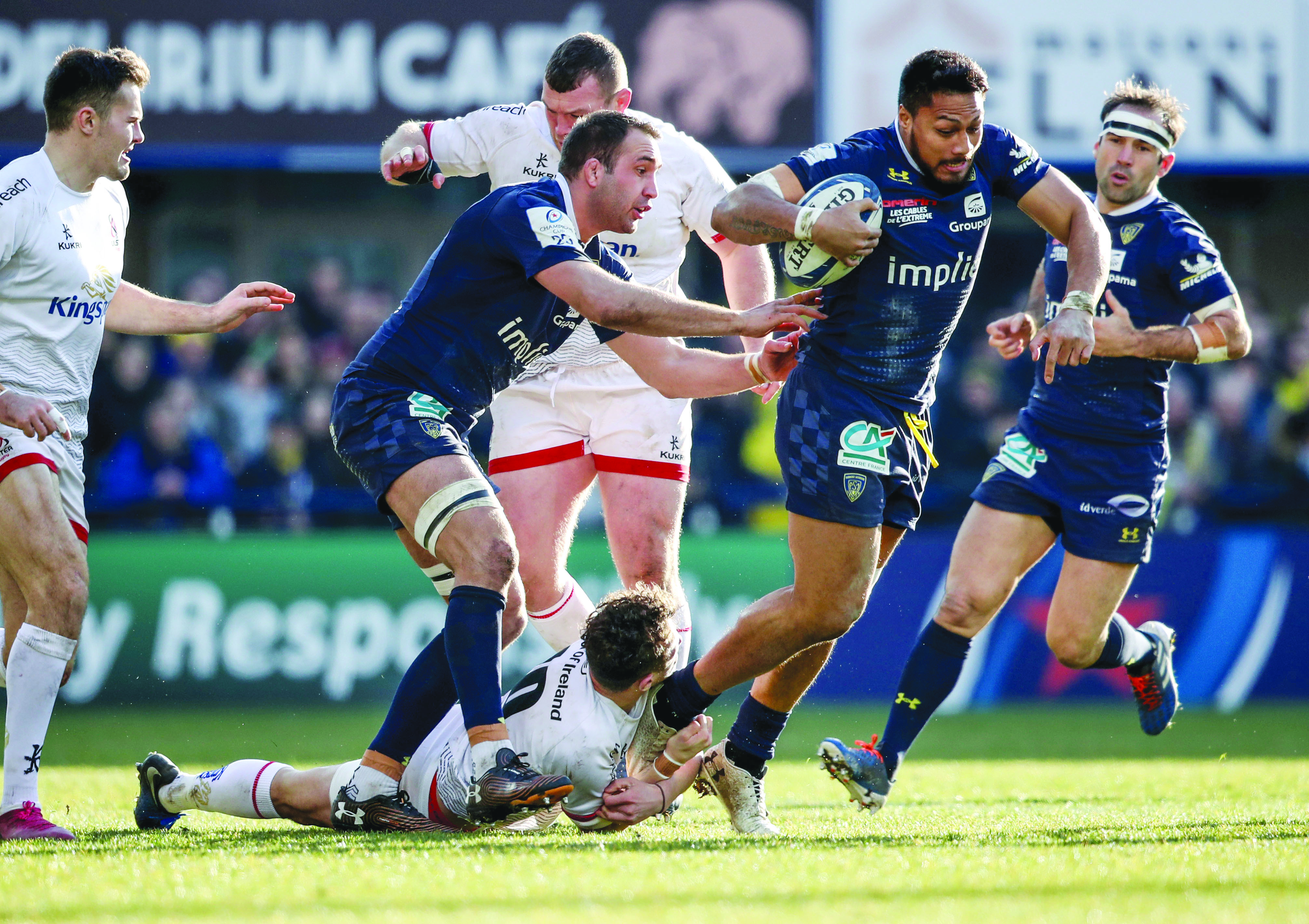 IT is the start of the new European campaign for Ulster on Saturday as they make the trip to the south of France to begin their Pool A Champions Cup campaign against Clermont Auvergne (5.30pm, live on BT Sport).

The noisy environs of the Stade Marcel-Michelin is no stranger to Dan McFarland's men as they were paired with Clermont in the 2019/20 competition and suffered a 29-13 loss on the road having scored an 18-13 home win that helped see them into the quarter-finals.

Like last season, the Champions Cup is made up of two, 12-team pools with each club playing two others on a home and away basis with the top eight in each reaching the last 16, so getting off to a good start will be imperative with Northampton due to visit the Kingspan Stadium next week.

Doing so will be a tough task, but then Ulster have proven they can score big victories on the road as they defeated Leinster in the league a fortnight back.

While they fell to a 19-13 loss at the Ospreys last Saturday, Dan McFarland's men will hope to bounce back in the same fashion they did at the RDS two weeks ago and put on a major display against their French opponents this week.

"It was tough," McFarland recalls of their last trip to Clermont two years ago.

"We were just reminiscing earlier and we did a lot of good that day. We kept them out of our area for a long period and they scored right at the end as well.

"We had a couple of moments in and around half-time that put us on the back foot. We scored a great try early that day to put us 10-3 ahead.

"In the first game we played here, we scored a good maul try, John Cooney scored an excellent individual try as well and we had to put in some unbelievable defence.

"Robert Baloucoune's try-saving tackle on George Moala was a particular highlight and I can't over-emphasis the size of the challenge they propose.

"That makes the task for us one of teamwork and ensuring we can bring collective pressure with the way we play and put hat pressure onto them. It's a brilliant task, but a very difficult one."

While Ulster have a number missing through injury, there is better news with South African World Cup winner and Ulster’s latest signing, Duane Vermeulen named in the starting XV.

His influence could be key as Clermont is a team laced with quality and players who have the ability to produce individual moments of magic, so being switched on from the first minute to last is a must of Ulster hope to return with a result.

That previous away day in France is still fresh in the memory of McFarland and his players and with the Top 14 club likely to welcome back some more of their stars, it makes for a daunting challenge, but not an impossible one.

"Playing in that environment is absolutely fantastic, but huge," he accepts.

"On both occasions we played against them, they demonstrated they have individuals who can break the game open and create something out of nothing.

"In the last couple of weeks, they have have been able to bring back in some of their star backs like Alivereti Raka , Damian Penaud and Camille Lopez. We know the challenge we have got and we're really looking forward to it."

Lopez is expected to get the nod over JJ Hanrahan at scrum-half for a Clermont side that has had an up and down domestic campaign to date with six wins and six losses so far.

Backed by a noisy and passionate support, the Stade Marcel-Michelin is a difficult place for any team to enter but McFarland insists that once the game is underway, the decibel level should not make a huge difference to events on the field.

As of Wednesday morning, Ulster's weekly injury list had not been released, so it is unclear whether Duane Vermeulen will be available to make his debut having had to sit out last week's defeat in Wales due to testing positive for Covid-19.

Should he be ready, it would be a massive boost but McFarland says that whoever plays will have to rise to the occasion and use it as motivation to help get the European campaign off to a good start.

"Ultimately, what practically does the noise in a stadium do? There is a little bit around calling (set-piece plays) but a lot of them will be used to that kind of thing now," he stressed.

"The pressure of the game or the pressure the noise brings is more in the build-up than the actual game.

"In terms of helping them to focus on what they have to do, their actual job and the processes they have go through - if all of those things go seamlessly and work well, then it creates an environment where they can actually enjoy the atmosphere and they should do to use that as a motivating factor. Those kind of things are really exhilarating."