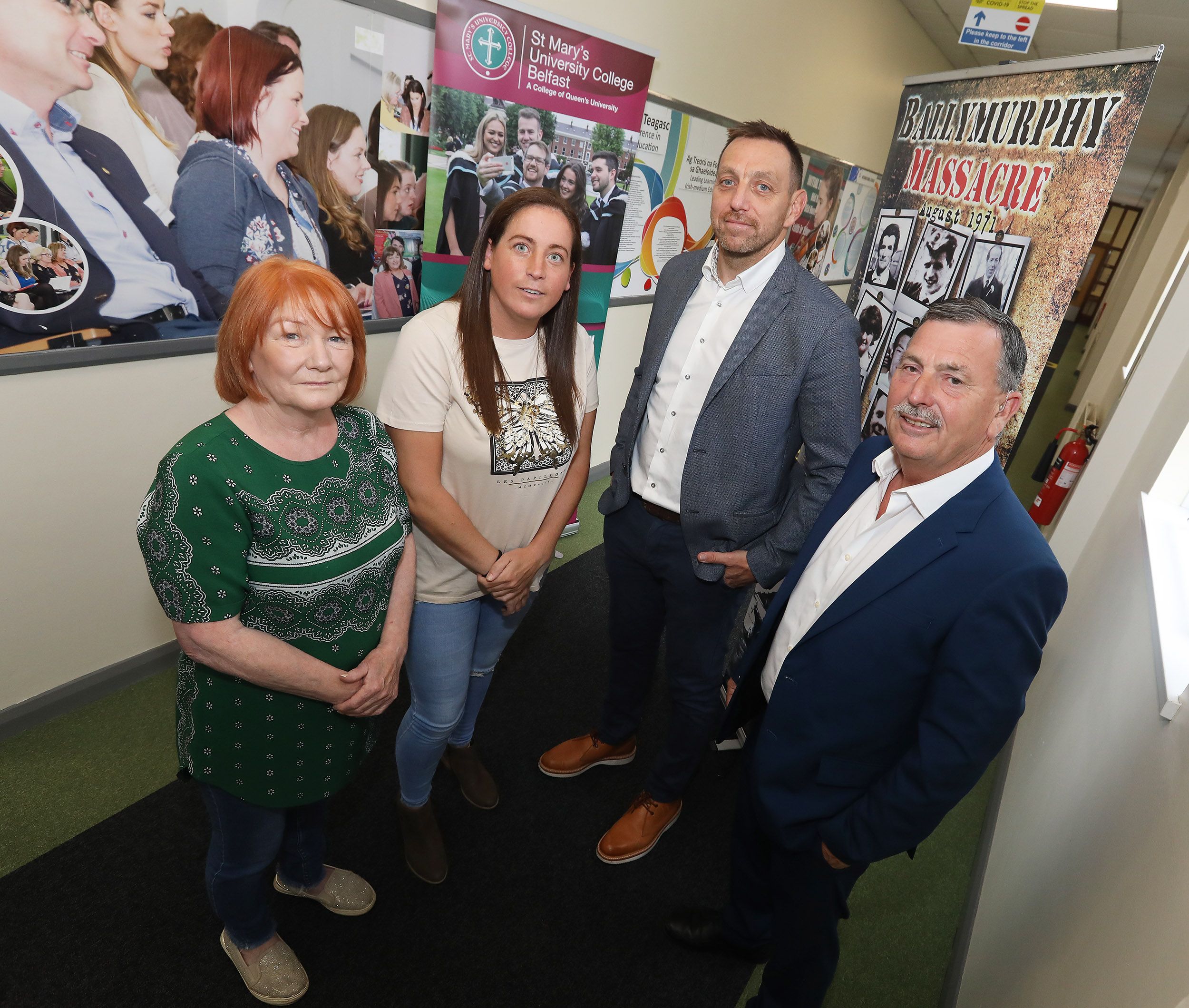 ON 9-11 August 1971 the British Army’s Parachute Regiment carried out a massacre in Ballymurphy which left 11 innocent civilians dead. For years, the families of those who died were vilified by the media, the judiciary and the British government.

Yesterday Féile an Phobail held a talk that revisited that bloody period 51 year ago and the long road to the truth. 'The Ballymurphy Inquest: The Inside Story, was chaired by Pádraig Ó Muirigh, the lawyer who represented the Ballymurphy families in their fight for a fresh inquest – and through that subsequent inquest, where Judge Keegan last May found that “all were entirely innocent and not involved in any wrongdoing".

The talk focused on the experiences of the families of the Ballymurphy victims throughout the long inquest, and the effect it had on them, plus their memories and recollections of their family members who were murdered.

The families all spoke about growing up in Ballymurphy, and how despite conditions being tough, their childhoods were happy ones, with a very strong sense of community, who all looked out for and cared for one another.

Despite the atrocities visited upon them by the Parachute Regiment and British government, that community spirit in Ballymurphy never broke. Eileen McKeown spoke of how without the help of friends and neighbours her mother would never have been able to cope in the aftermath of Joseph Corr’s murder.

What was devastating to hear was how the families were treated in the aftermath of the massacre. General Mike Jackson, in particular, made claims that Joseph Corr was a member of the IRA. The claim stuck. Joseph Corr had been an employee of Shorts manufacturing plant at the time of his death, and the comments from Gen Mike Jackson to the press resulted in the family receiving hate mail from former colleagues. Eileen McKeown said her mother received a letter which said ‘May your husband and his subhuman pals roast in hell.’

"That was the only communication my mummy ever got from Shorts, no-one visited from Shorts, or offered any help, and that was a huge shock to my mother.”

When Pádraig Ó Muirigh took on the case for the families, they were all extremely sceptical of going down a legal route to get justice for their loved ones. The results of the initial inquest, which was held in 1972 and returned an open verdict, still loomed large in their minds, and they did not want to endure the anguish of having the state get away with its lies again.

John Teggart said: “We were sceptical at the time, it took us seven years to get the inquest, and the Ministry of Defence (MoD) repeatedly stalled for time, repeatedly asking for another three months. That changed when Judge Keegan gave the MoD the deadline of 18 months to give us everything they had. There was so much applause on that day, as a date had finally been set.”

Pádraig Ó Muirigh described Judge Keegan setting the date as ‘symbolic’ in the quest for justice, and a crack legal team was arranged to represent the families including English barrister Michael Mansfield, who had previously represented the Birmingham Six, Bloody Sunday families, and families of the Hillsborough disaster in Sheffield. Pádraig Ó Muirigh also noted how Michael Mansfield represented the families at no cost, paying for his own accommodation throughout the proceedings out of his own pocket. Also representing the families was Karen Quinlivan QC, another renowned barrister.

Pádraig Ó Muirigh recalled the hundreds of hours of legal work which was undertaken, and how there were 100 days of evidence. Witnesses came forward, many whom were now living abroad, and many who were extremely unwell, but still chose to come and tell the truth of what happened. One such witness, Gerard Russell had himself been shot four times during the massacre, and gave evidence for the inquest on his deathbed.

John Teggart said: “For the witnesses, it was their day in court as well. They had held in all this evidence for so many years and had been unable, due to the British government to be able to properly tell what happened. Some of them got very brutal cross-examinations from the MoD, but they attended, and spoke the truth, and helped prove the innocence of our family members.”

Susie McKerr, whose grandfather, WWII veteran John McKerr was shot dead, said: “The police report of my grandfather’s shooting was only two lines, that he’d been shot, and the hospital he went to. So the proof for the innocence of my grandfather depended entirely on those witnesses, and without them we wouldn’t have got it.

"They (the soldiers) said my grandfather had a gun in his right hand and was at an IRA funeral, but he didn’t have a right hand, he’d lost his right hand fighting in WWII, so the witnesses were able to prove the Army had covered up and lied.”

Eileen McKeown remarked on the bravery of the witnesses, and the cowardice of the soldiers who gave evidence. A story was told of how one soldier attended the inquest wearing a ridiculous wig and big glasses to hide his identity and was nicknamed ‘Wiggy’ by the families when he was giving his evidence.

John Teggart recalled a medic from the Parachute Regiment who gave evidence, Nigel Mumford, who had attended his father after he was shot. The British Military Police’s Special Investigation Branch (SIB) and MoD stated Danny Teggart had bullets in his pockets when he was killed. John Teggart explained how Nigel Mumford spoke out against this, against his former regiment, and stated that he had attended and taken off Danny Teggart’s clothes, and there were no bullets. It was evidence such as this, which shone starkly through, and proved the establishment had concocted elaborate lies about all of the victims.

The most heart-wrenching moment of the talk came at the end when Pádraig Ó Muirigh stated that after the inquest finally proved all victims were innocent in May last year, it was revealed the state had kept remains of seven of the 11 victims, without telling the families.

Susie McKerr said: “We were informed they had my grandfather’s brain, and 17 other pieces of him, which they had kept and not told us about. We requested the remains back, but they burned his brain and destroyed it. His brain would have had the evidence about him being shot in the head, but they destroyed it. We are only now getting all of the parts of him back, and a full funeral for him will be held at the end of this month.”

Pádraig Ó Muirigh also stated the British State had referred to the parts of their deceased relatives which they had kept as ‘slithers’.

The closing remarks focused on how, despite the unimaginable hardships visited upon the families, they had come together as one big family throughout the ordeal. Pádraig Ó Muirigh said in Irish ‘Ar scáth a chéile a mhaireann na daoine’– ‘It is in each others' shadow that people live.’

You are in vite to attend our free event tomorrow Friday 5th August..St Mary's college falls Road at 5pm
Panel discussion "Ballymurphy, one year on" , Chaired by Padraig O'muirigh family members discuss where they are now after their recent inquests pic.twitter.com/wPbmR25JJo

The British government’s current proposals, to offer amnesty to their soldiers accused of human rights abuses were widely criticised, and that criticism also has cross-party support from all political parties in Ireland. Pádraig Ó Muirigh, who is also representing the families of the Springhill/Westrock massacre in their inquest, said that the preliminary hearing will be this September and they had already made significant developments in pursuit of justice for those families. 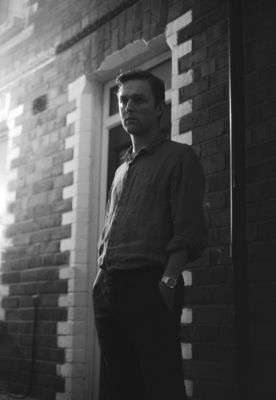