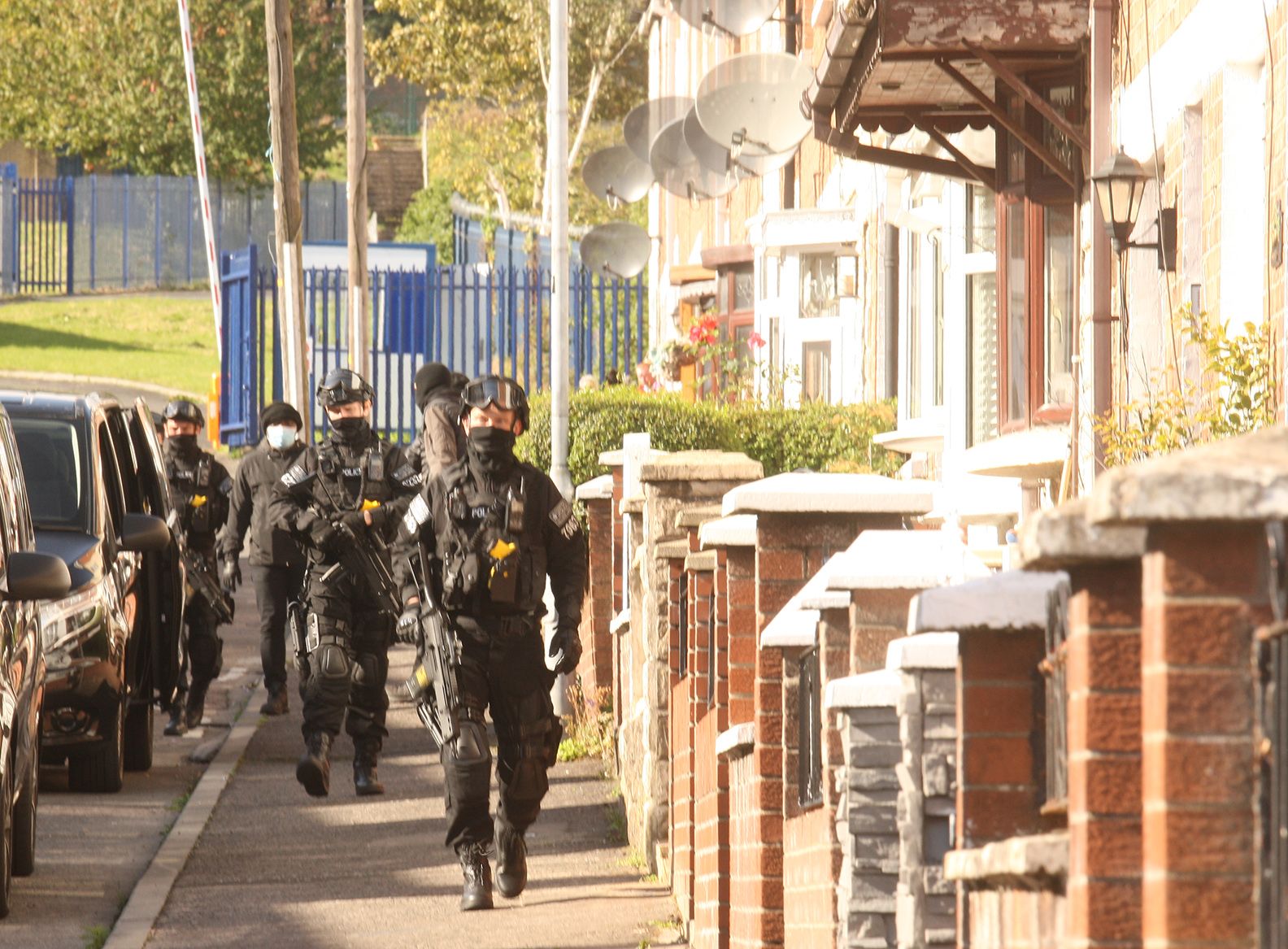 CAMERA, ACTION: Our photographer Thomas McMullan was on hand as this scene in Line of Duty developed in Beechmount on Monday

RESIDENTS in Beechmount Parade had their street turned into a live television set on Monday as filming of the hit BBC One series Line of Duty resumed.

‘AC-12’ came to BT12 as filming for the eagerly anticipated award-winning sixth series began. Filming had originally started back in February but had to be postponed due to the Coronavirus.

The Beechmount Residents’ Collective were on hand to help out on the day with stewarding and security duties. Sean Doherty described the atmosphere on Monday as “absolutely brilliant”.

“Beechmount Parade, right up to Corpus Christi was cordoned off from around 6.30am on Monday morning,” he said.

“A part of Clowney Street was also closed off. We were there from around 8am and the film crew didn’t pack up until 7pm.”

Sean explained how Line of Duty’s location managers got in touch with the group asking if they could assist them on the day.

“Some of us are out of work, some of us are unemployed so we went for it. We were basically just yarning away with the locals making sure they didn’t go into the scene.

“Everyone was getting on like it was some kind of festival, I never thought for one second that that was going to be the set-up for one tiny scene.”

He continued: “It was a brilliant atmosphere, it was good for some of the young lads who were with us, to get them experience and hopefully even job opportunities in the future. Some of the lads that were there on Monday are suffering through unemployment and it would be good for them to get into something like this.”

We have been sent this from the crew of line of duty 👏👏👏 Dear beechmount residents collective The Cast and Crew of Line...

Sean told the Andersonstown News that he only started watching the show on Monday night, “because of this and now I’m sucked in, that’s me now,” he laughed.

“It was good to see that the film crew are looking to places like Belfast, especially working class areas like West Belfast in particular.

“We got sent a letter from their Locations Team, which we posted to our Facebook page on Tuesday, offering us a ‘heartfelt thank you’ to the group and residents for how the day went, that they were over the moon.