Final countdown for Dunloy and Loughgiel in 'Old Firm' decider 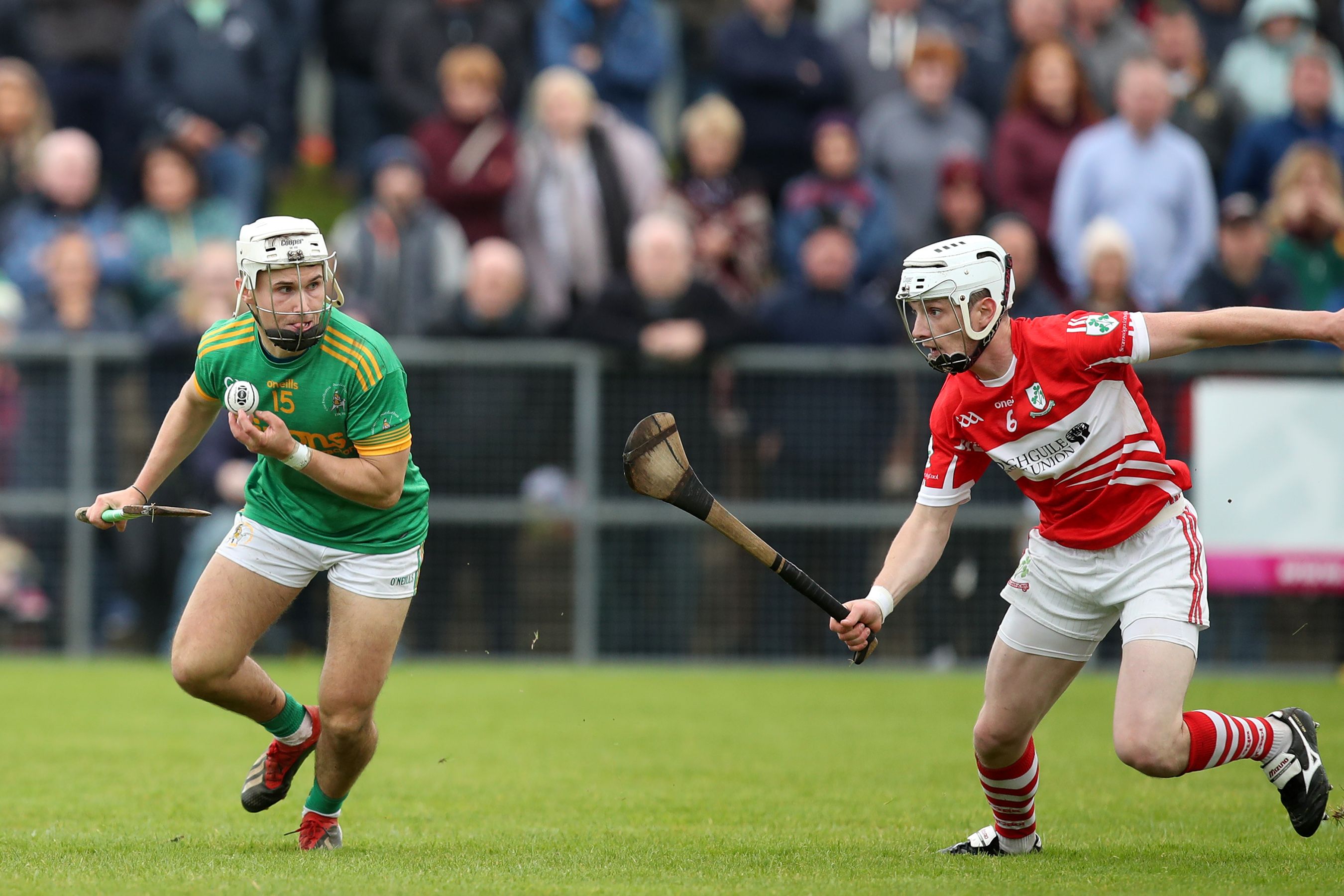 THE Antrim Senior Hurling Championship reached a new level this year with the drama, quality and excitement reaching dizzying heights.

Over the past five weeks, we have had the 'Group of Death', Naomh Éanna making their senior bow and not looking out of place, Rossa's resurgence and Ballycastle likewise, late levellers, late winners, Domhnall Nugent's 3-3 with a dislocated elbow, Liam Watson's comeback, Chrissy McMahon's heroics and two thrilling semi-finals - all in a series of games that will be remembered for a long time to come.

That's all before we get to Sunday's final between the fiercest of rivals and North Antrim's 'Old Firm': Dunloy and Loughgiel.

The only shame is that Covid-19 reduced the numbers who could attend, but the live streaming has been a Godsend and this Sunday, the TG4 cameras return to broadcast the final of what is easily one of the country's best club competitions.

It could so easily have been a different 'Old Firm' final, with McMahon again being sprung from the bench to be Dunloy's hero over a Rossa team who have lit up this year's campaign.

The young forward thumped over a leveller in the group game at Rossa Park and then the winner in Sunday's semi-final to keep the defending champions' bid for back-to-back titles on course and break Rossa hearts.

St John's will be just as disappointed they aren't gearing up for this week's final having been pegged back late in their game against Loughgiel before running out of steam in extra-time with knocks and heavy legs taking their toll as the Shamrocks just had a bit more energy to get over the line.

Belfast hurling proved it is far from dead and it seems only a matter of time before the Volunteer Cup returns to the city, but for 2020 it will remain north of Ballymena and another cracking contest beckons.

Both teams have cause for concern due to injury, with Paul Shiels - the heartbeat of the Dunloy team - withdrawn after 15 minutes against Rossa on Sunday and Cuchullains' manager Gregory O'Kane will be sweating on the fitness of a host of dual players who were in action during Tuesday's Intermediate Football semi-final against Ballymena.

They have been boosted by the return to fitness of Conor McKinley who had a huge impact against Rossa, blocking down Deaglan Murphy to instigate the move that led to McMahon's winner.

"Woody is a great player and that was his first competitive game in this year's Championship," said O'Kane.

"He never looks out of place and has a huge presence. He has a load of experience there so there's no better man to bring in.

"It comes to a stage where you trust your players - we had some smart play.

"Kevin McKeague dug two or three balls out of the back he had no right to win. Conor Kinsella did the same and our backs started to find men in the middle third to get the ball to the right people in the right places to put it over the bar."

O'Kane lent his voice to those questioning the need to run the competitions off so quickly with the clubs given until October 10 as a cut-off point.

The Dunloy boss points to top-level counties who have spread the games out and with Antrim's Championship being one for the ages, who wouldn't have wanted it to continue a little longer?

"We'll deal with whatever comes, but I don't get it," he added.

"The games have been so quality so it doesn't make sense, but look, I'm delighted to be in the final and we'll look forward to it."

Loughgiel will have injury concerns of their own, with Tony McCloskey forced off in the semi-final win over St John's and his loss would be a huge blow to the Shamrocks' aspirations to claim their first title since 2016, with Neil McGarry also missing last week so it could leave a huge void at 3.

Liam Watson's comeback from a short-lived retirement and Benny McCarry's recovery from injury has bolstered a team who have been able to call on some new faces this year who will have grown from the semi-final victory at the weekend.

"You have the likes of Callum McKendry who came in and played well there. Ciaran McKay came in at wing-back and was outstanding, as was Declan McCloskey who stayed on for the whole match," said manager, Hugh McCann.

"We've injury worries now with Tony McCloskey and Odhran McFadden coming off injured and a few with cramp, but hopefully it's nothing serious."

These sides have met in the past two semi-finals with the score standing at one win apiece. Those were both close encounters, with little by the way of free-flowing hurling although it was tough and competitive.

Derbies can go that way and if this game goes to form, we can expect more of the same with the free-takers - James McNaughton (Loughgiel) and Conal Cunning (Dunloy) - perhaps having a huge say in the outcome. But it will come down to who can take a grip and carve out the extra chances with all eyes on the performances of Eddie McCloskey (Loughgiel) and Keelan Molloy (Dunloy).

The match-ups will also be of huge intrigue, with Tiernan Coyle exceptional for Loughgiel and could pick up Seaan Elliott, whilst the battle at the other end between Aaron Crawford and Liam Watson would be fascinating in itself.

"Dunloy have exceptional forwards and the sort of season it is, it will be hard to call it," added the Loughgiel manager.

"Dunloy have to be favourites and we'll respect them, but we won't fear them. We think we can beat them, or we wouldn't turn up. Dunloy will think the same thing so it has the makings of a great game.

"It's been an exciting season - a short and strange one - but we are happy to be in the final."

In a year of exceptional hurling and a Championship that has delivered week after week, perhaps we will get a more open game between these two, befitting of what has gone before.

The semi-finals of 2018 and 2019 were quite turgid affairs with both sides shutting each other down to a fair extent.

A lot will also depend on injuries and who gets that little break. In last year's semi-final, Loughgiel came with a late surge and Eddie McCloskey's last-gasp shot at an equalising goal that was arrowing into the net saw Paul Shiels put his body on the line to stop it.

Perhaps Dunloy are just that bit younger and fresher to retain their crown by the slimmest of margins as they seem to have the extra weapons; perhaps they will fall due to dual exertions catching up as it did to their vanquished on semi-final day. Perhaps the manner of Loughgiel's win over the Johnnies will stand to their own young lads. Maybe, maybe...