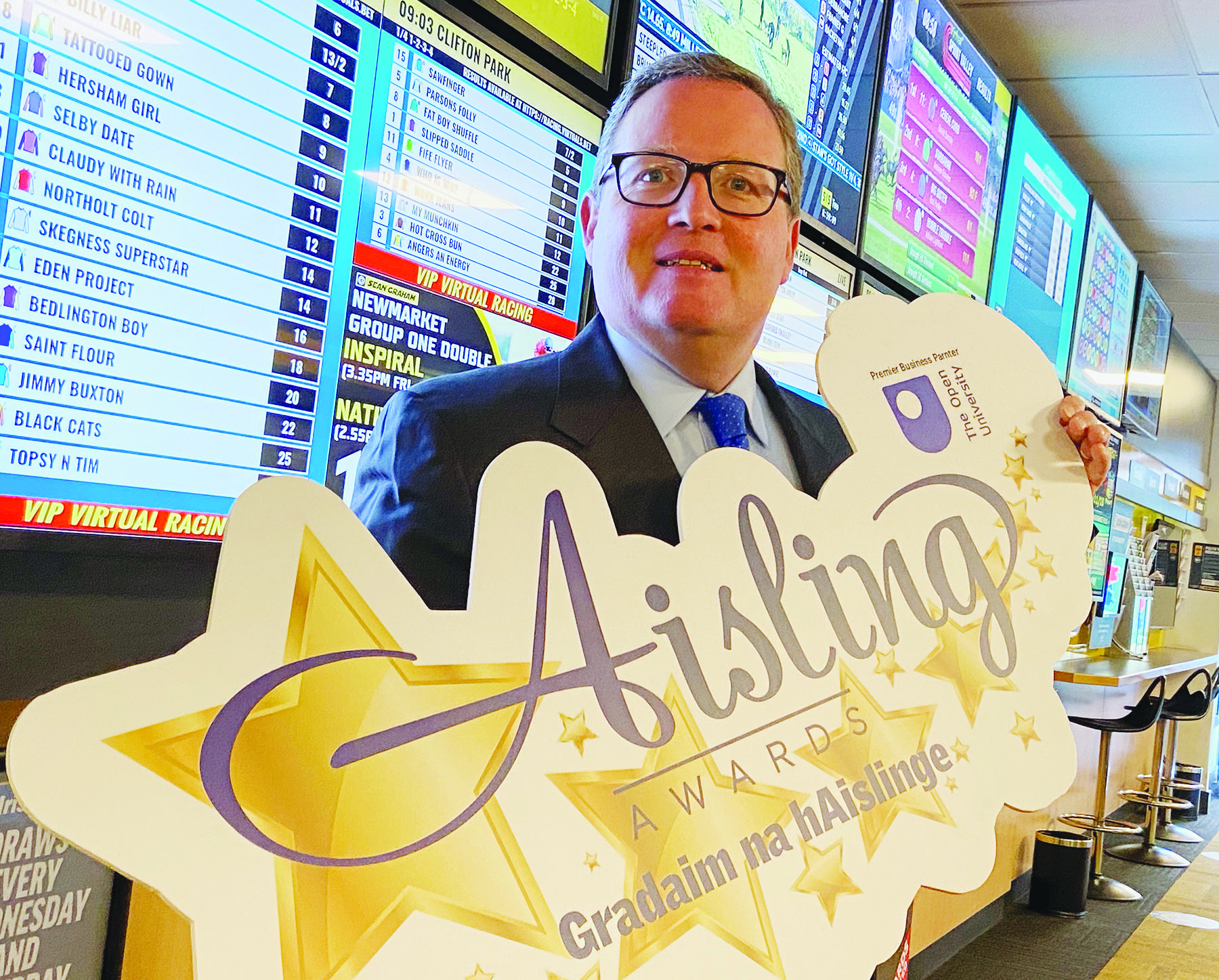 WITH the nominations now closed for the 2021 Aisling Sports Award, sponsored by Sean Graham Bookmakers, we have whittled down the list to the final four ahead of the gala event to be held at the Europa Hotel on Saturday, December 5.

This is the 25th year of the Aisling Awards and having come through a difficult 2020 when we honoured the heroes of the pandemic, it's back to celebrating the sporting achievements this year and while 2021 got off to a slow start with restrictions in place until spring, there was still much to savour.

This year, the winner will be decided by a panel due to precautions around in-person voting and the judges will have a tough task deciding who picks up the gong from the final four who we feature below.

Aidan & Michaela Walsh
The global pandemic ensured the 2020 Olympic Games in Tokyo faced a delay of 12 months, but the best things come to those who wait and that is very true of the boxing siblings from West Belfast.

Boxing out of Monkstown ABC, they both returned to the Olympic qualifying event that was postponed last year and on a glorious June afternoon in Paris, they made a piece of sporting history as they became the first brother and sister combination to qualify for the boxing tournament at the Olympic Games.

This alone would have been grounds for major celebration, but they went out to Tokyo and while Michaela was desperately unlucky to lose out to Italy's Irma Testa, she was chief cheerleader for younger brother Aidan who went all the way to the semi-final and picked up a bronze medal - his progress only halted at the last four due to injury.

Bredagh GAC Ladies
Success is nothing new for Bredagh GAC's ladies as this year, their seniors claimed the Down title for the fourth year in-a-row.


The Cherryvale outfit just had too much for Castlewellan in the 2021 decider, romping to yet another impressive victory to cement their status as the top team in the Mourne County.

One a magical October weekend for ladies football in the South Belfast club, the junior team also triumphed, claiming the Down Junior A title with a three-point win over Saul.

The winning streak for the seniors continued in Ulster as they reached the provincial final and last weekend, played out a thrilling draw with Donaghmoyne after extra-time and this weekend, will aim to complete the job and land a first Ulster title for the club.

St Brigid's GAC Ladies
Taking the next step is objective for any team and the ladies footballers of St Brigid's did just that this year as they landed the Antrim Intermediate Football Championship.

The Musgrave Park women were in scintillating form in their county final, sweeping past the challenge of Glenravel on a day when everything just seemed to click for the Biddies.

Indeed, the South Belfast outfit had the final effectively won by half-time as they had raced into a 3-9 to 1-3 lead and pushed on in the second period to claim a decisive victory.

Ulster was up next for St Brigid's and they powered past Armagh's Killeavey but came up just short in the semi-final against Derry champions, Steelstown.

However, they can rightly look back on a year to remember as they broke new ground with that county title.

St John's GAC Camogie
IF you are going to win a county title, doing it with virtually the last act of the game is a pretty good way to do so and that was the case for St John's camogs as they took the Antrim Junior title with a heart-stoping victory over Loughgiel.

The Corrigan Park side battled their way through to the decider and came up against the Shamrocks who are the dominant force in camogie in the county, having claimed Senior and Intermediate honours this year.

It seemed that a hat-trick of titles could be on for Loughgiel when they led by two with time virtually up, but up-stepped Hannah McGuigan to find the net with a stunning strike and ensure the trophy was heading back to West Belfast.

The manner of the St John's win highlighted the never-say-die attitude in the team and as they brought the county Junior title back to the city.