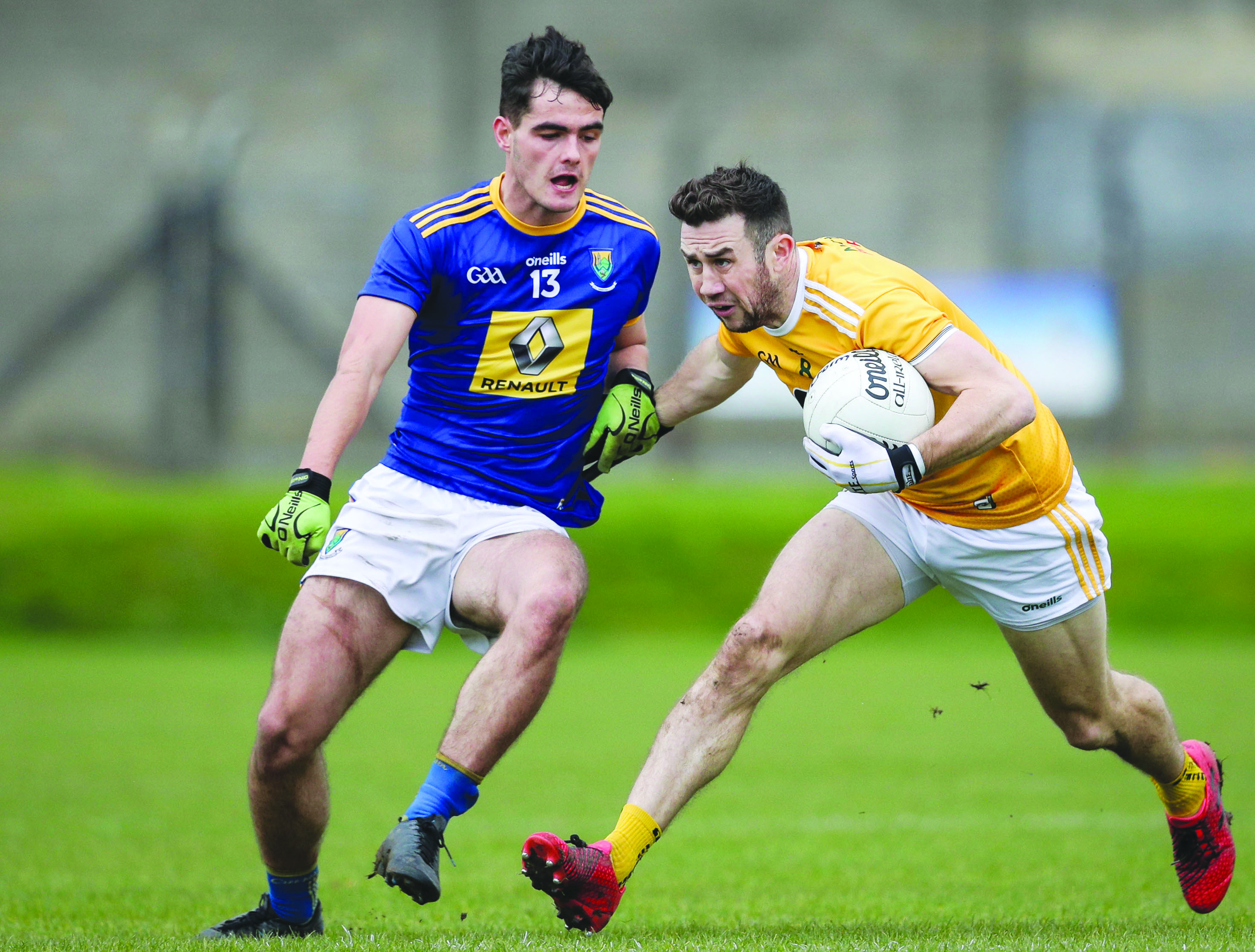 THE start of the delayed inter-county season took a huge step forward on Tuesday with the news that training can resume from April 19.

The announcement from the Irish government will see county hurling and football teams begin preparation for fixtures that are expected to start in mid-May, with the calendar finalised next week.

It has been a long wait for players who were expecting to be back in late January, but tight restrictions due to the health emergency left the resumption of Gaelic Games on the back burner as it had its ‘elite’ status removed.

The inter-county season is due to be wrapped up by the end of July as part of the GAA’s adoption of a split season, but this may be pushed back if the Association, as stated, intend to hold scaled-back National Leagues that now seem set to begin on the weekend of May 15/16 in order to give teams four weeks to prepare.

The news will have been welcomed by players who now have a little clarity as to what the next few months will look like and earlier this week, Antrim and Lámh Dhearg football Conor Murray said he and his team-mates were looking forward to getting a confirmed start date for their Division Four campaign that will see them in a regional group with Leitrim, Sligo and Louth.

“The league is our primary focus if we’re being honest,” said the teacher at De La Salle.

“If it does start in May, it looks like there’s going to be a match every weekend. From a players’ point of view, that’s something to look forward to.

“Hopefully we’ll have a bit of structure and focus for the season ahead. I think when you get a set date then you can focus on it more. It’s all up in the air now because you don’t know if you’re going to have a match in a month or is it going to be longer.

“Everyone is in the same boat but we’re just trying to keep ourselves ticking over as best we can.

“Some of us are furloughed, some working from home. I’m a teacher and we are on a rota where we aren’t in full-time until after Easter, so we’re just trying to keep ourselves occupied by doing a lot of running on our own and things like that.”

With a new management team in place consisting of Enda McGinley, Stephen O’Neill, Sean Kelly and Stephen Quinn, it is an exciting time for the Saffrons who will take inspiration from the exploits of 2020 Ulster champions, Cavan.

Antrim lost out to the Breffnimen in their only Championship outing last year.

That was a game they were in contention of winning up until the final 25 minutes so they will know that they are not a million miles off challenging on their day.

However, with the League their priority, the expected four weeks between the start of training and opening game wouldn’t go amiss as they know they must hit the ground running to give themselves a shot at promotion.

“Enda, Stevie, Stephen Quinn and Sean Kelly would probably be looking to get everyone together so they can put their stamp on things in terms of coaching and what way they see us playing,” Murray agreed.

“You still can’t be making any excuses because all of the other county teams are in the same boat.

“It will be interesting to see that when things do open up, which teams are prepared best and you’ll probably see them performing better.

“Last year you saw with Cavan winning the Ulster Championship, they just came together at the right time and look what they’ve done. It will be interesting to see what happens when things start to open up.”

The GAA has been consistent in their stance that the inter-county season will take place first with the clubs then given a free run.

The notion of a split season may have seemed nothing more than a pipe dream just over a year ago, but the offset of the pandemic and last summer’s return of clubs before the inter-county season resumed in October proved that such a change can thrive.

Murray is a huge fan of the split season concept as he feels his own season will have a much better structure and balance.

“Now I think it’s much better that you have the county season where you can just focus on that and when it comes to the club, there’s nothing that can affect it.

“Club football is why you are a county player as it was the club that developed you as a player, so it should be given priority by the GAA.”