GAA: 'There will be no easy assignments in the top tier' warns Antrim skipper McCann 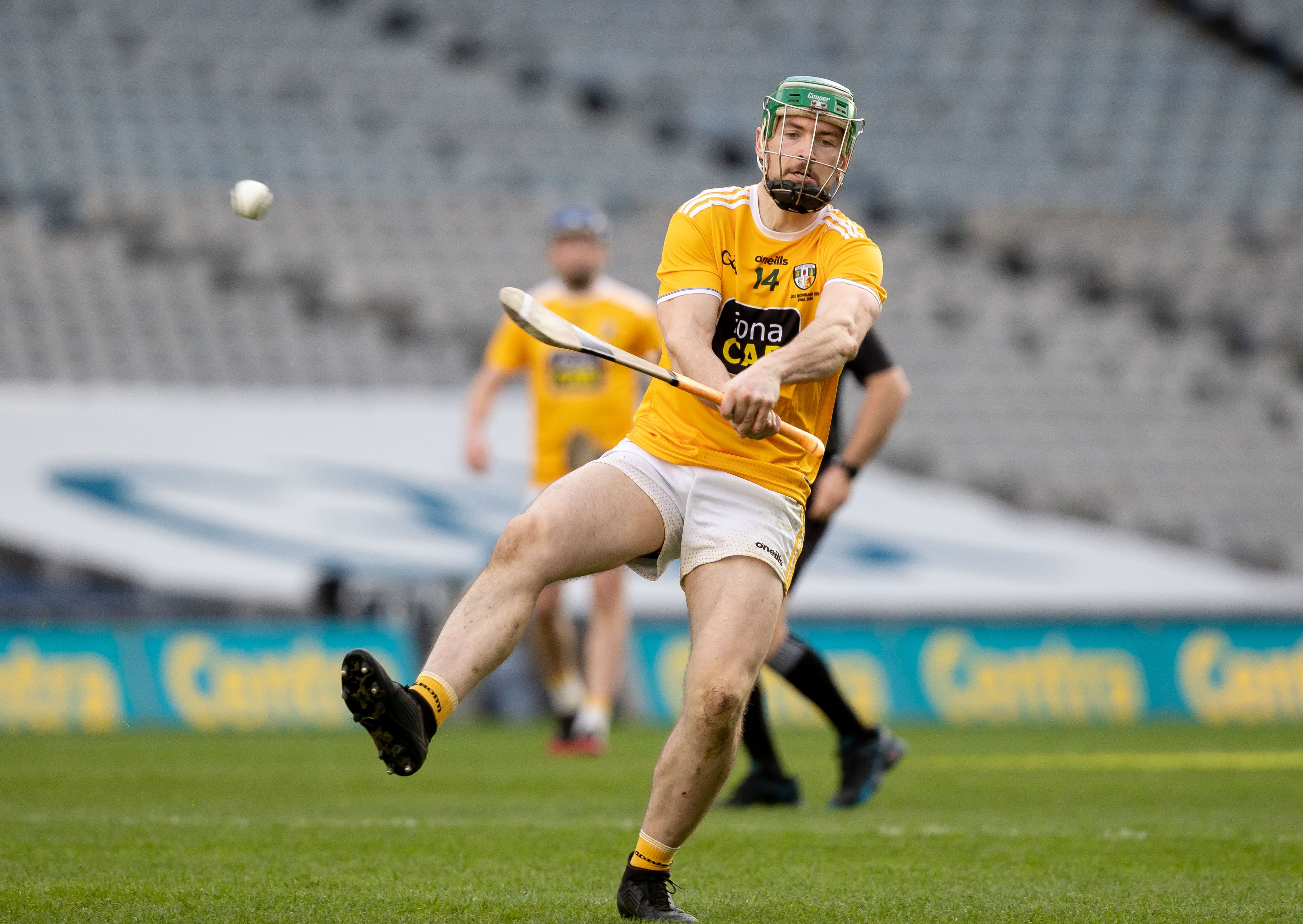 ANTRIM hurling captain Conor McCann accepts the challenges of 2021 will be much stiffer than last year as the Saffrons prepare for their return to the top tier.

Clare are the visitors to Corrigan Park on Sunday (1pm, live on TG4.ie and shown in full on TG4 at 5.35pm) for the opening round of games in the Allianz Hurling League and now back up in Division One, McCann and his team-mates are aware they will need to raise their game again with a schedule of games against some of the top teams in the country.

Following Sunday's opener, Antrim will have trips to Kilkenny and Dublin before hosting Wexford and Laois in the League, while they have been paired with the Dubs in the Leinster Senior Hurling Championship.

Therefore, there will be no easy games this year and while they did all that was asked of them last year by going unbeaten in League and Championship, the incline is much greater as they make the step-up.

"It's going to be hell for leather for three or four weeks, so we've had to prepare ourselves as best we can," said the Kickham's, Creggan man who also skippered the team in 2020.

"We're under no illusions there are going to be any easy games and they get harder as we go on. We will just work as hard as we can, get performances and see where it takes us."

McCann was part of the panel back in 2018 when Antrim last played in Division 1B and they faced an opener away in Galway.

Many expected it to be a baptism of fire against the-then All-Ireland champions but the Saffrons were hugely unlucky to lose ou by three before being pipped by Dublin a week later.

The Saffrons were mostly competitive that season before returning back into Division Two and while Division One has been restructured with the A and B sections now drawn to be of equal strength, meaning the group is not sitting outside the elite bracket of teams, McCann agrees they can take confidence they can perform against the top teams.

"The last time we played in Division One, I think we had two or three games where we could have have got points and were really disappointed to come away without them, especially in that Galway away game on the first day out," he recalled.

"A big part of this League campaign, that will be the difference. It may only have been one point that day, so we are just going to get performances and seed where that takes us.

"In 2018 there wasn't much between us. It is to tough and competitive, these games can go either way."

It is certainly a much more glamorous prospect for Antrim this year than last with live TV exposure and a meeting with those top sides ahead.

They have had to wait almost five months since their last game - the Joe McDonagh Cup final at Croke Park in mid-December - so the players are eager to get back on the field and into competitive action.

Facing Clare is the type of game that the Saffrons have craved so they get their shot this Sunday and all are looking forward to pitting themselves against the Banner County.

"It's going to be a completely different run-in to the League and polar opposite to what it was last year," McCann agreed.

"We are looking forward to our first League game at home in Belfast, playing matches and getting out on the pitch. There's only so much training you can do so we just want to get out and play."