Gaelic Games: Antrim U20 hurling honours to be decided this weekend 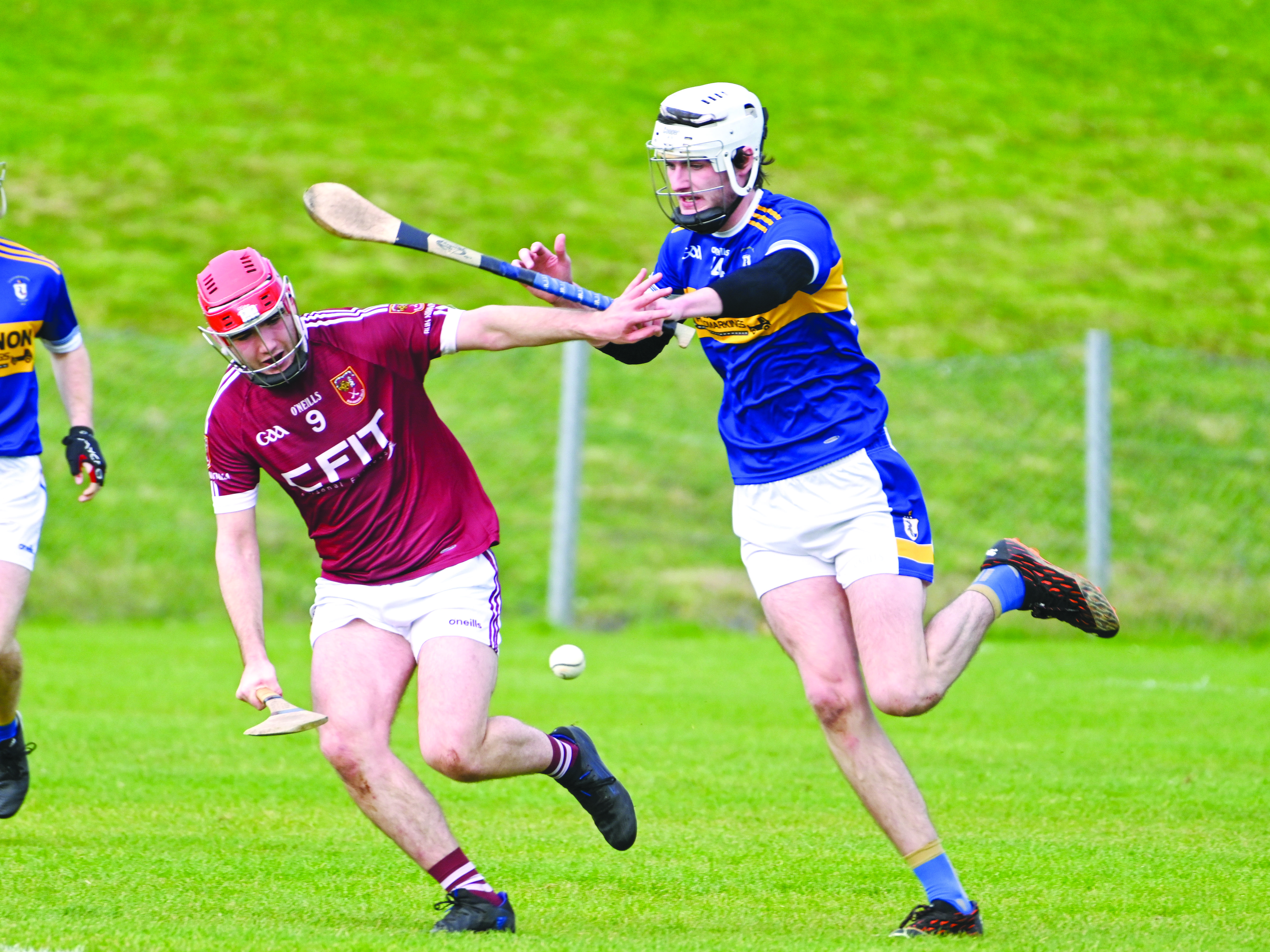 THE final pieces of hurling silverware in Antrim will be handed out by Sunday evening with both the U20 A and B finals down for decisions.

On Sunday afternoon at Dunsilly (3.30pm), O’Donovan Rossa will face Loughgiel for the main prize, whilst earlier in the day at Hannahstown (1.30pm), Sarsfield’s face Naomh Éanna for the B trophy.

Rossa will head into their final against the four-in-a-row-chasing Shamrocks off the back of a one-point semi-final victory against Cushendall last weekend when they had to dig deep to find the late answers.

The West Belfast men looked like they might exit the competition when Cushendall led by four with a significant wind advantage, but Rossa found a way back with Diarmuid Rogan’s late goal pivotal as they edged home by one.

“I think we showed a lack of experience,” said manager Eoghan O’Neill, who is assisted by Gavin Bell, James Devlin and Kevin McDonnell.

“They (Cushendall) had a few boys who have played at a higher standard and were able to finish their goal chances. We had some chances and weren’t able to put them away even though I thought we played the better hurling, but just let ourselves down a bit with our attack play.

“Going in at half-time just two points up having played with a gale-force wind, I think everyone would have expected Cushendall to kick on.

“We just told them to up our work-rate and empty the tank. To be fair, towards the end when we needed leaders to stand up, they did.

“Ruairc Murray caught a lot of ball, Diarmuid Rogan got a lot too and Diarmuid got in for the goal through sheer determination, so we were pleased. Hopefully that second half and how they were able to dig it out will stand to us as I thought our work-rate was phenomenal.”

The defending champions opened their campaign with a quarter-final win over Ballycastle, but moved straight into the final as Dunloy withdrew from last weekend’s last four clash that was set for just 23 hours before the county senior final.

They have plenty of quality with Christy McGarry, Rory McCloskey, Rian McMullan and Enda Og McGarry just some who have helped them dominate at the grade in recent times and they will be many people’s favourites to maintain their dominance at the grade by the close of play.

But Rossa aren’t without their own star performers with the aforementioned Rogan and Murray, Owen May, Ruairi O Muirí, Eoin Trainer, Darragh Turley, Ben McAuley, Patrick Moyes and the towering presence of Pearse Short at full-forward all performing big in their semi-final win.

With the U20 league competitions earlier this year seeing more games off than on and byes in the championship, there hasn’t been great scope to really gather momentum, so while Rossa are underdogs, they will hope that a good performance can give them a huge chance to spring a surprise and deny the North Antrim men further silverware.

“We played Loughgiel at the start of the year in a league match and they beat us well, but I think we have come on leaps and bounds since,” O’Neill added.

“A big effort has been put in over the past three-and-a-half weeks and although people would say it’s hard to get boys out at this time of the year for this age group, we have had good numbers and they have tried their best.

“It’s a big challenge for us on Sunday but it’s a county final. A lot of these boys haven’t played in an A county final and we’ve told them that this time they are the headline act and it’s something they should look forward to.”

Earlier in the day, the B final will be decided in a cross-city clash at Hannahstown and it will see two sides who had to show plenty of character to get over the line in their semi-final.

Sarsfield’s were 1-12 to 1-6 winners over Glenravel with their win coming off the back of a fine start to the game with Brendan Jackson’s early goal helping them on their way.

Daniel Smyth and centre forward Anthony McGarrigle were central to the Paddies’ cause in attack, but they had to dig in and repel a second-half fightback to seal their place.
Naomh Éanna were 1-16 to 1-13 winners over St Paul’s in their semi-final in which their second-half display was crucial.

Colm Curran played a key role for the Glengormley side with nine points on the day as they got over the line.

It was actually St Paul’s leading by one at the break after Conor Bradley’s goal for Naomh Éanna had been cancelled out just before the break, but a strong finish from the Hightown side with points from Curran, Michael Devenny, Conor McAllister and Jacob Mackin saw them home.

Another tight affair is expected this Sunday when the sides battle it out to decide the destination of the trophy.