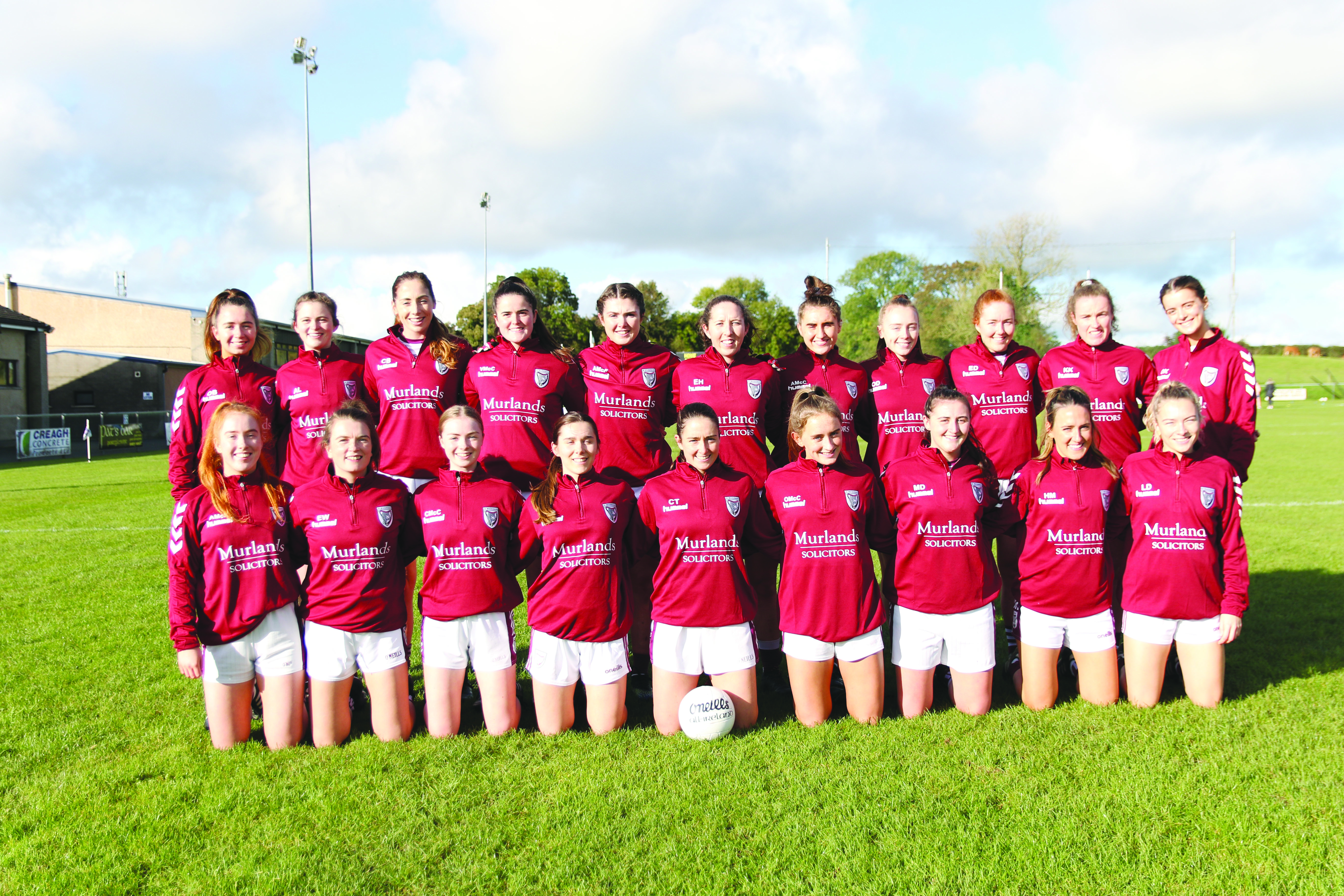 It is very much a case of the perennial winners versus the new kids on the block.
Donaghmoyne’s record in the Ulster Championship is nothing short of remarkable.

They’ve reached the final every year since winning their first provincial crown in 2004. That’s 17 successive finals – 19 in total following replays in 2008 and 2013.

In that period, they won 12 Ulster titles and five All-Irelands. Their opponents will be featuring in their first ever senior final this weekend.

Manager Gerry Rogers knows his side are against the doyens of Ladies’ football in Ulster, but is hoping his team can rise to the occasion.

“It is a credit to them – they’ve won 19 consecutive Monaghan titles, 12 Ulsters and five Ulster titles,” stated Rogers.

“We aren’t even on the same pitch as Donaghmoyne when you compare achievements. They are to be respected, but we’re been training hard and we’ve prepared well and we’ll give it our best shot.

“Getting over Moneyglass was a huge thing for us as we wanted to justify our place in Ulster.

“An Ulster club final is more important from the club’s perspective as this is our 50th anniversary year.

“We started back in 1971 and it is a great tribute to those people who founded the club and is a testament to all the people who have been involved over the years. To be playing the biggest game in the club’s history is quite a fitting tribute.”

What a line up! We are grateful to have all your support this year for the senior ladies! pic.twitter.com/bBTv6Ao9ah

The hard work and dedication of club coaches down through the years is paying dividends for Bredagh.

Having annexed Ulster Minor titles in 2016, 2018 and 2019, the nucleus of the current senior squad is made up by players who have tasted provincial success at underage level.

That experience could prove invaluable on Sunday and Bredagh will also have gained a lot of confidence from their impressive 2-14 to 1-7 win over Moneyglass in their provincial semi-final.

A Clare Timoney penalty gave the South Belfast side the perfect start and a Viv McCormack goal in the second half effectively ended the game as a contest, although Orla Prenter did tag on a goal from a penalty late on for the Antrim champions.

Despite the comfortable nature of their win in Bellaghy, Rogers believes Moneyglass provided the ideal test for his side ahead of Sunday’s Ulster final.

“Moneyglass had a great win over St Paul’s and then they backed that up with a very good win against a fancied Armagh Harps side,” said Rogers.

“They probably came into the game in a better position than we did as we had to sit and wait to see who came through the quarter-final.

“The Moneyglass game was very tight on the field and I think maybe our finishing was a bit more clinical on the day.

“That was a very good Moneyglass team and I don’t think the scoreboard reflected the contribution Moneyglass made to that game.”

All games will be Live Streamed on Ulster Ladies Facebook page
🎥📱💻 pic.twitter.com/G04fXOEwEh

Bredagh had hoped to be fighting two Ulster finals in Carrickmore on Sunday, but their junior side lost out to Carrickmacross in last weekend’s semi-final.

That Bredagh won the Down Senior and Junior titles is an amazing achievement in itself with both squads winning their opening games in Ulster.

They certainly aren’t short on numbers for training, but getting challenge games and venues has been an issue in the build up to Sunday’s game.

“It is a time of the year when most teams are out of the Championship,” added the Bredagh boss.

“After our semi-final against Moneyglass, we managed to get a challenge game against Queen’s which was very good.

“We are having to travel to train. The grass pitch at Cherryvale is closed for maintenance at the moment – the 3G is available, but we’d rather train on a grass surface. We were in Tullylish last night (Tuesday) for example.

“Things are going well though and the girls are working hard in preparation for Sunday’s game.”

The Bredagh boss is hoping to have a clean bill of health for Sunday’s decider against Donaghmoyne.

The South Monaghan club are bidding for their third successive Ulster title having won back-to-back provincial Championships in 2018 and 2019.

They might well have claimed the 2020 version had another Covid-19 lockdown prevented them from continuing their Ulster journey.

Indeed, the one game they did manage was against Bredagh and they claimed a 2-11 to 0-9 victory, but their semi-final meeting against Antrim champions St Paul’s never happened.

It is a big ask of Bredagh to bridge such a gap since last October and they’ll need the breaks to go in their favour on Sunday, but this is clearly a team on the rise and this year’s novel Ulster final pairing may be the beginning of a new rivalry in Ladies’ Football.