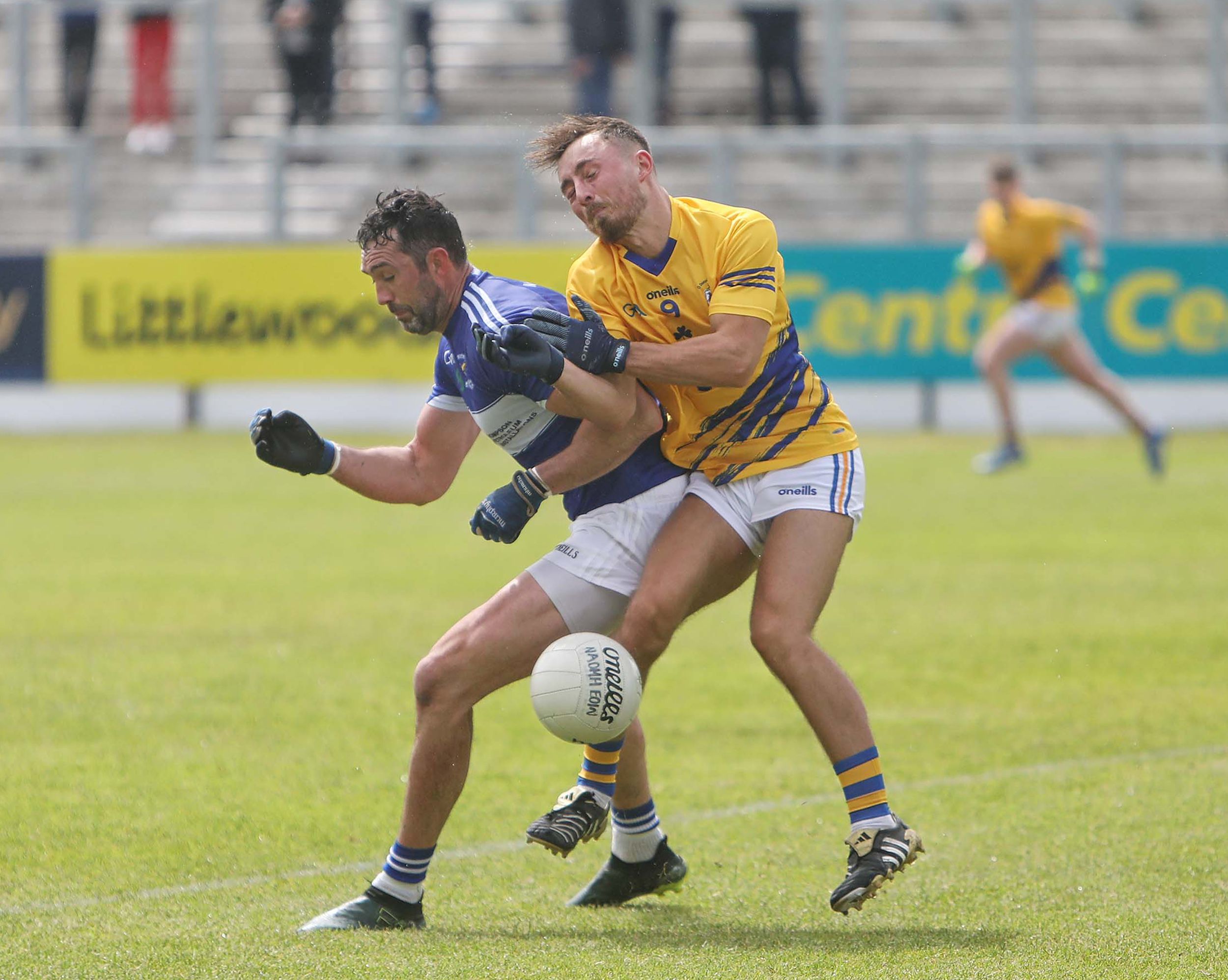 Homefit Antrim Football League Division One
St John's 1-7 O'Donovan Rossa 0-6
THE DVD's of this game will hardly be in high demand as St John's overcame Rossa in hugely forgettable affair at Corrigan Park.

Laughlin McCurdy found an empty net when Rossa were caught out with the goalkeeper out of his area, while this major and points that followed in quick succession proved the winning of the game.

The sides played out a hugely entertaining game at Rossa Park in April full of energy and intensity, but this game had neither as this was a flat affair with both teams missing a host of regulars.

Rossa were first off the mark on three minutes from a free, but St John's began to control the play with Conor Hand nipping in to intercept and sling over from the right, while Conal McGlade opened his account for the day and Paddy McBride converted a free to set the hosts on their way.

Rossa hit back with Michael Armstrong cutting in on his left to curl over before Thomas Morgan was in on goal, but Brian Neeson saved low with his feet to deny the visitors a goal.

Fleming did convert a 20th minute free to tie the game, but St John's would enjoy a strong finish to the half with Rossa goalkeeper Conal McDonald out the field and when the ball was turned over, McCurdy had a fairly simple task to thump to the net.

Ryan McNulty added a point straight after before McDonald made up for the goal by producing an excellent save from Ross Hannigan, with St John's having to settle for a fine score by Padraig Nugent late in the half as they went in at the break with a 1-5 to 0-3 advantage.

The hope was that this game would come to life in the second period and when McGlade pointed just a minute after the restart, it seemed we were in for a much more entertaining half.

However, that was not the case as both sides kicked some very poor wides and the game turned into a bout of teams playing over and back.

It took Chris McGuinness to end a barren 23 minutes for the visitors with their first score of the second period, but McGlade cancelled this out with his third of the day on 49 minutes to restore the six-point gap.

Given how this game was playing out, the lead looked insurmountable, but Rossa did manage to exert a bit of pressure on the hosts with points from Thomas Morgan and Chris McGuinnesss, but this was as close as they would get as St John's claimed the points.