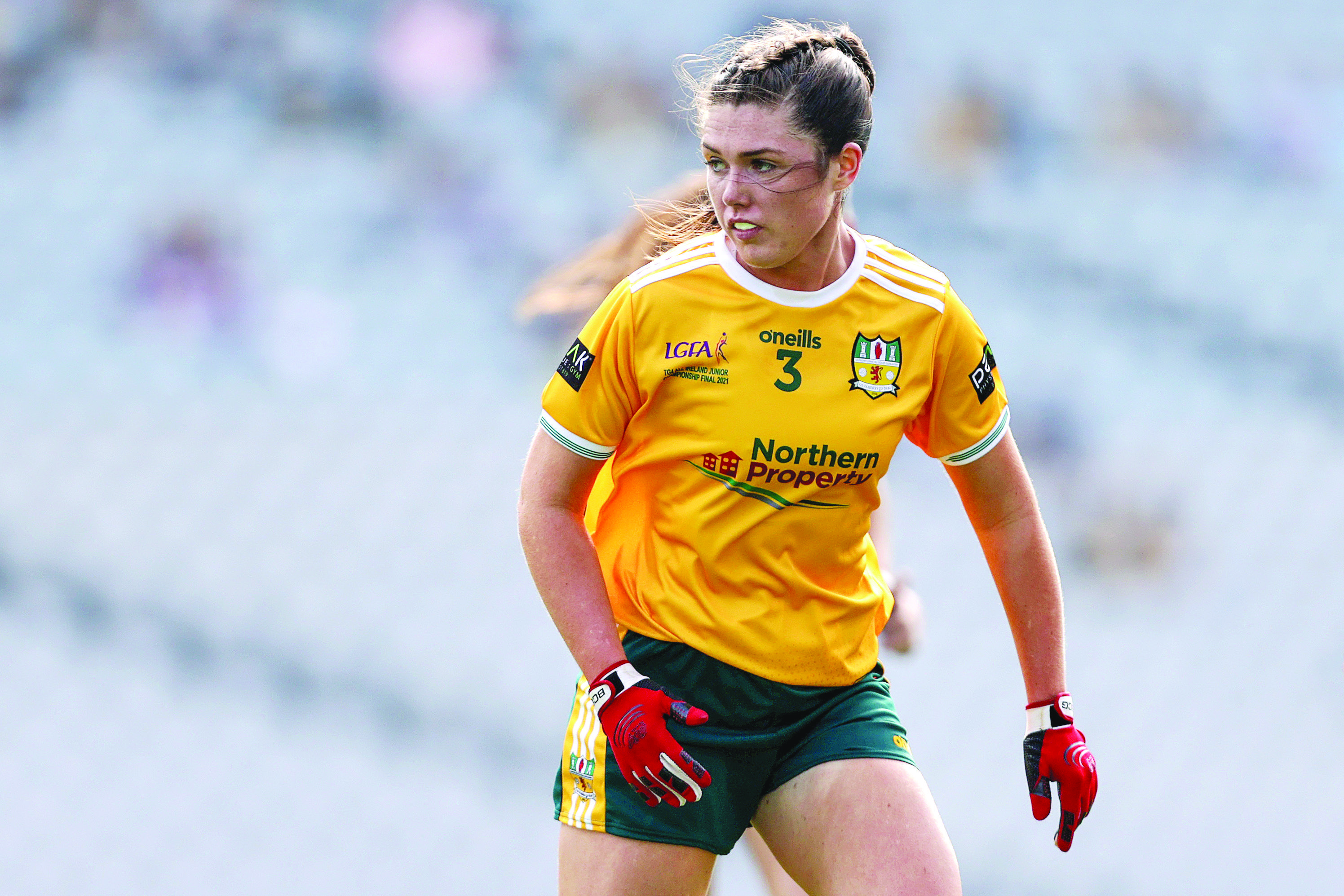 Aislinn McFarland has tasted defeat in the finals of 2016 and again last year as captain, so hopes this time around she can claim that elusive All-Ireland medal INPHO

CROKE Park doesn’t hold the fondest of memories for Aislinn McFarland.
The 26-year-old schoolteacher who plays her club football with Bredagh has twice played in All-Ireland Junior finals and twice came up short.

In 2016, her second year in the county squad, Longford proved too strong on the day and then last year when she captained the team, it was Wicklow who bounced back from their own disappointment a year previous to claim the honours.

Third time can be a charm and that is the hope for Antrim to bounce back from their own disappointment last year to finish the job against Fermanagh on Sunday.

McFarland is confident that is well within their grasp and indeed, can prove to be a catalyst for things to come rather than signal the end of a journey.

“My first year for Antrim was in 2015 so I came in during a bit of a transition period,” she recalled.

“We had a couple of good years, got back to Croke Park but it wasn’t to be and everyone fell away, so there’s been a bit of a rebuild.

“I think I’m the third or fourth oldest and I’m only 26. That says a lot about Antrim and the youth that’s coming through, so hopefully, this is the start of a transition where we get stronger and be pushing onwards and upwards for the next few years.”

The disappointment of last year’s defeat in the final has been banked and in the build-up to Sunday’s all-Ulster affair, the experience can be drawn upon.

Running out onto the hallowed turf is what every player aspires to, but the big house can sometimes stifle a performance rather than inspire one.

Who’ll be taking these home following the 2022 @TG4TV All-Ireland Finals at @CrokePark!

Keeping a cool head in a hot kitchen is imperative on Sunday and McFarland believes she and her teammates are much better equipped to deal with the occasion this time around.

“Last year it was a built up a lot, whereas this time we are actually more focussed on the task at hand rather than the event,” she stressed.

“This is my third time playing there and hopefully it’s third time lucky. But I think this year is our best shot as we’re very strong as a team and even on the bench there are top calibre players.”

Results this year certainly back that claim up as Antrim have impressed throughout the Championship and indeed, defeated the Ernesiders to retain the Ulster Championship in May.

There appears to have been a lot of progress made off the back of last year’s run to the final and with the management team of Emma Kelly and Kyla Trainor having time to get their ideas across having stepped in midway through last season, the upward curve has been noticeable.

“I think this year has been a chance to build on what we did last year,” McFarland opined.

“We only got Emma and Kyla in midway through last year, so it’s the first full season we’ve come through with them and have only been beaten once this season - by Fermanagh (in the league), unfortunately.

“In terms of progress, it’s been one of the best years since I’ve been with Antrim and the strongest team I’ve played on.

“The groundwork was done with the two girls last year, but unfortunately it was too late by the time we got there.

“It was a lot of the girls’ first time playing at Croke Park, but this time we’re going there with the experience which is invaluable when you go to that pitch because it is daunting. This time it’s exciting and I’m enjoying the build-up a lot more.”