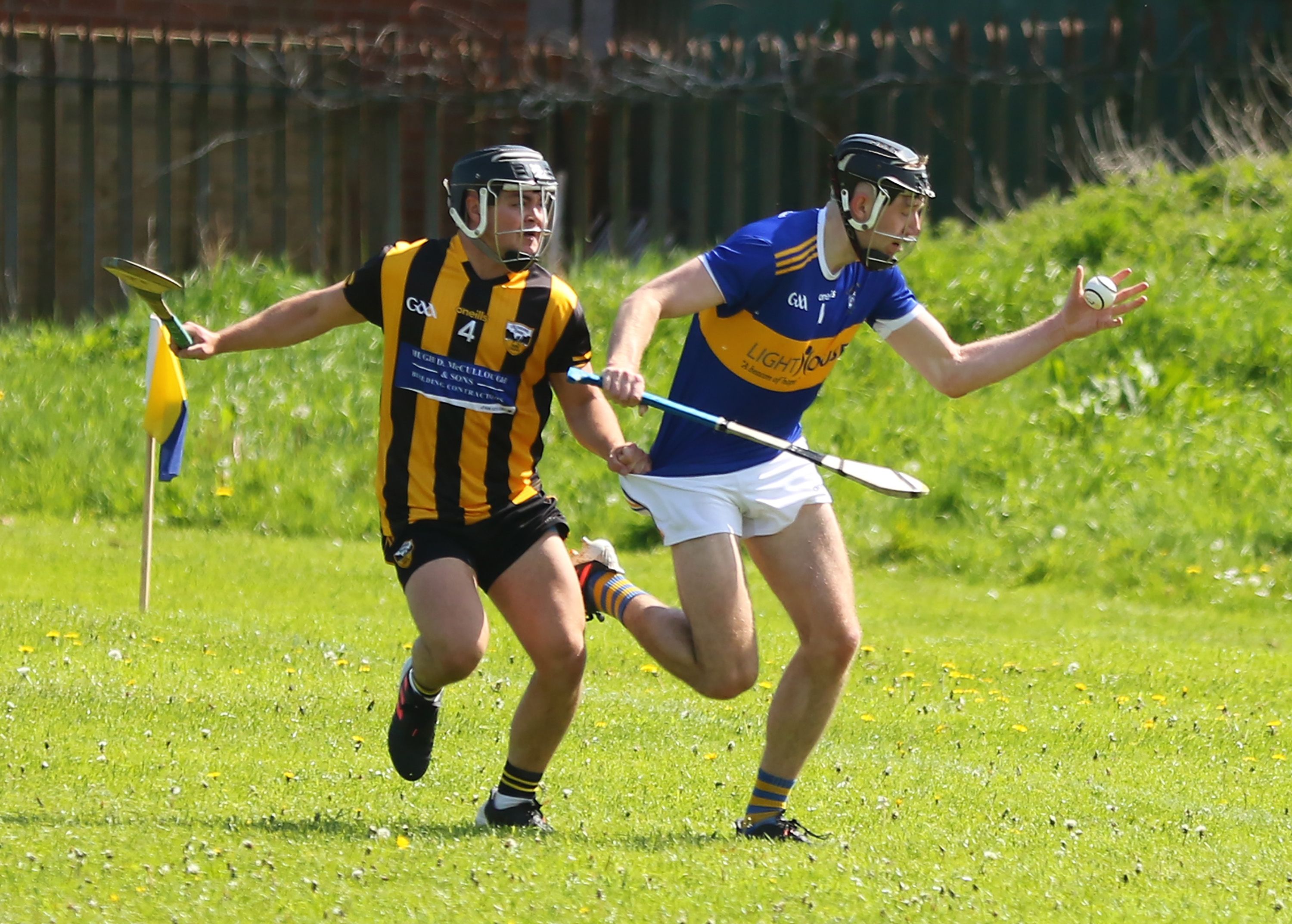 A STRONG final quarter saw Rossa bank their first points of 2022 as they timed their run to the line well to overcome Ballycran on Sunday.

On a day when it felt like Irish summer had arrived, the hosts benefitted fro a pair of Aodhán O'Brien goals that seemed to pummel the body of a Ballycran side that led throughout but couldn't withstand the late Rossa surge as they pointed their way home in the closing stages.

The visitors will rue a spell prior to the half when they created a number of opportunities but the conversion rate was low when they really could have enjoyed a much greater lead than three at the change of ends, and this would come back to haunt as when they game ended up in the melting pot, Rossa split the posts.

The Down men were much sharper from the off with Phelim Savage knocking over an early free and Chris Egan getting himself out in front to gather an inviting ball inside to score.

Ciaran Orchin would get Rossa off the mark, but Ballycran seemed to have a lot more purpose and sharpness to their play early with a slight breeze favouring them and complimenting their direct approach as Liam Savage and Conor Gilmore added quickfire points.

A Seaghan Shannon point was the Rossa reply, but the men from the Ards continued to press with the next three points through Cushendall native Cormac McAllister, the impressive Scott Nicholson and Egan as they appeared to have the better of the Rossa defence.

However, things would gradually change and a pair of Shannon scores - one a free - and a James Connolly free brought the hosts into play.

While Phelim Savage responded, a pair of Rossa points reduced the gap to the minimum, yet for three quarters of this game, the men in black and amber always had an answer and would out-score the hosts by four to two heading into the break.

Overhit passes and wayward shooting from frees prevented their 0-12 to 0-9 half-time advantage from being much greater.

A pair of Scott Nicholson points early in the second frame as he dropped deeper and replaced Phelim Savage on the dead balls suggested Ballycran were on for a good day, but Rossa got a huge break on 37 minutes as Aodhán O'Brien sent in a long ball that evaded everyone and finished in the net.

Michael McEnhill trimmed the gap back to the minimum, but after an exchange of scores from a Nicholson free and beauty by Diarmuid Rogan, the Down side seemed to reassert themselves with four scores on the trot to lead 0-19 to 1-11 on 49 minutes.

There was a suggestion the hosts were beginning to lack ideas in attack, but after Aidan Orchin clipped over a fine score, the momentum would flip Rossa's way as goalkeeper Phil Crean went long and O'Brien read the dropping ball beautifully to double and rattle the net for a second time.

If Ballycran absorbed the first goal to power on, the second clearly winded them as Stephen Shannon lashed over to level and Ruairi Murray split the posts from an angle on the left to nudge them ahead for the first time of the afternoon with 10 to play.

Ballycran would have a chance to reclaim the momentum, but Ayrton Gleeson flashed a shot wide of goal and to add an extra sting, O'Brien got a point out of a shot that was tipped over at the other end.

Still, just two divided the sides and Ballycran remained live, the teams went score-for-score heading into stoppage time to leave the outcome finally poised with just two between them, yet Rossa's defence was superb late on with Ciaran Orchin, Keneally and Stephen Shannon bolting the back door as Shannon knocked over a fine score and a fine read saw him intercept to set up Seaghan Shannon would convert a 65 in stoppage time to settle this affair.