Gaelic Games: St Brigid's find a little extra against Cargin to move into U20 football final 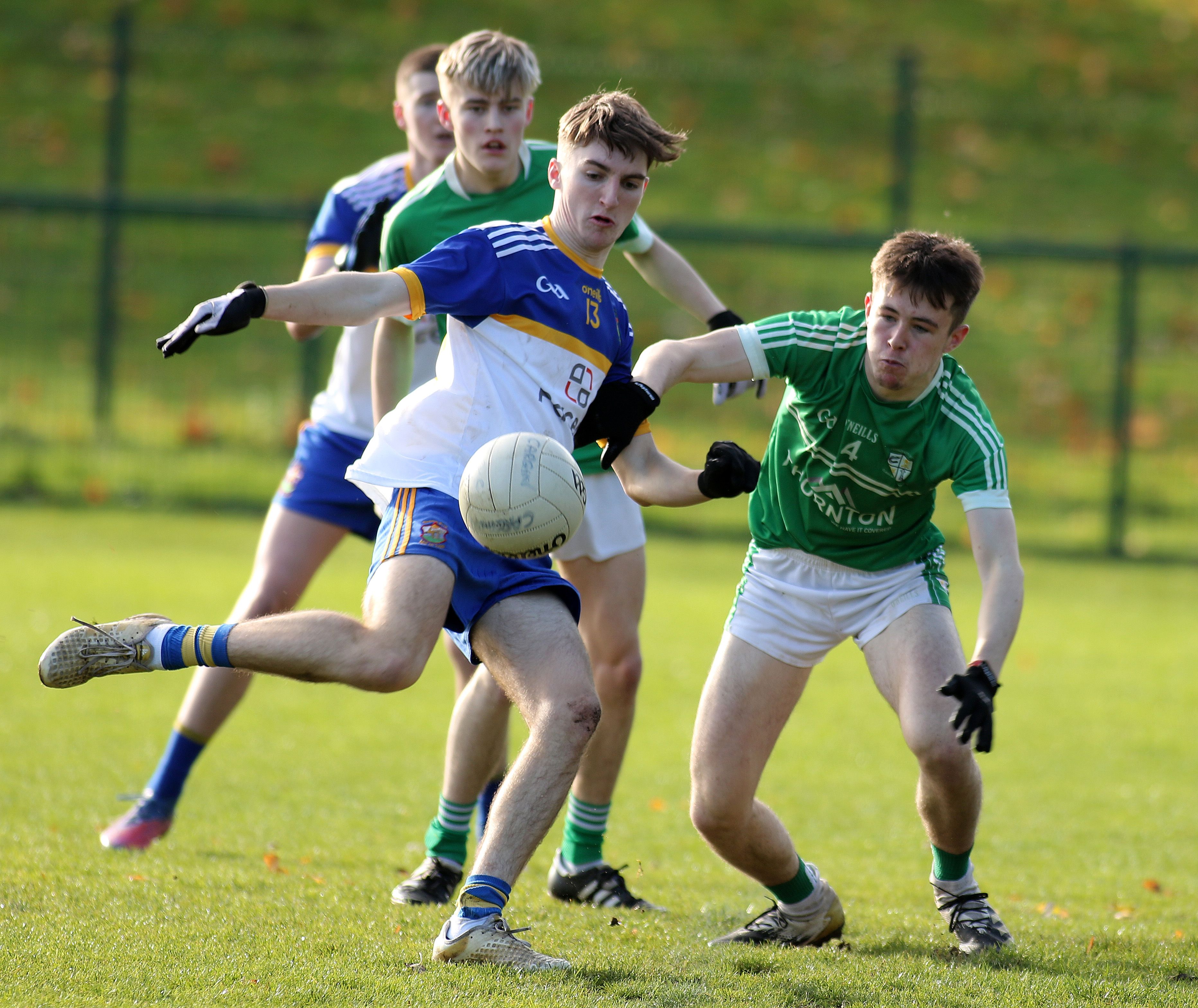 IF you're seeking the definition of winter football, then you've come to the right place. For about 90 minutes including extra-time all-in on Saturday, St Brigid's and Cargin slugged it out in a game that saw both sets of players empty themselves without ever really clicking into gear, but in the end, it was the hosts at Musgrave Park who made the best of their moments to advance into the final.

This was a game played with great honesty if little by the way of flair, yet the old adage that goals win games was never truer as the Biddies found the net three times at perfect junctures to win this arm-wrestle of a contest.

Cargin will wonder how this one got away as if you were to call this a smash and grab, there will be few arguments.

The Erin's Own men were on the front foot more often, but were faced with a stout home defence that gave nothing away easily, yet three points ahead with four minutes of normal time remaining seemed a huge lead for Cargin given how this game played out.

But Niall Finnegan found the net at the second attempt to send this game into extra-time and goals either side of half-time in the additional minutes would ultimately settle this one.

Given the deluge of rain all week, it was actually as good a day for football you will get in November with the sun shining and little by the way of wind with the pitch in fine shape, yet the greasy ball perhaps was a symptom of a game that saw the ball turned over on countless occasions as this became a day for the hard yards.

St Brigid's were first on the board with Ronan Boyle finishing a good move two minutes in, but this would be their sole score of the first half. Some chances did come and go with Oisin McDonnell penalised for over-carrying when goal was on and then he just overcooked a squared pass inside.

Tom Shivers levelled the game from a free on eight minutes, but they too were struggling to make an impact in attack as there was a feeling the opening half would see the teams level at one apiece, but after a barren 18 minutes, up-stepped Cargin goalkeeper Shea Laverty to convert a 45 after a half-blocked Laurie McLaughlin shot had been turned around the post by Declan Heery.

The subsequent kick-out went astray and Cargin profited as Conhuir Johnston curled over off the left to make it 0-3 to 0-1 at the half.

There was a need for the hosts to force the issue a little and they did so early in the second period with a pair of Conan McNicholl frees levelling the affair, but Cargin were quick to get back on the front foot with a move through the hands resulting in a Johnston score as there was a brief glimmer that this game would open up.

Cargin then had a goal opportunity when the ball was coughed up and Tom Shivers gathered on the left, but was taken down by Heery for a free that was missed, but the Erin's Own men did add scores with Cahir O'Boyle picked out with a quick free to point and Laverty thumped over another dead ball from deep to leave three in it entering the closing stages.

St Brigid's really needed a goal to salvage the situation and four minutes from time they found it as Niall Duffy got onto a long punt forward in the right of goal, spotted Finnegan inside and although his initial effort was saved by Laverty, he swept home the rebound.

Both sides had their chances to win it in normal time, but neither could find the target and off to extra-time we went with the score 1-3 to 0-6.

Again, it was Cargin who seemed more likely with Cahir Donnelly edging them ahead before what seemed a big moment when St Brigid's were temporarily reduced to 14 as Ronan Boyle saw black for a drag down and Tom Shivers converted the free.

But one minute from the break and this game flipped on its head as from a fumble, St Brigid's gathered possession in the danger area with Donal Bradley - reintroduced having been replaced earlier - thumped home to make it 2-3 to 0-8 at the change of ends.

From the throw-in to begin the second period, the hosts went straight on the attack and Cathal Maguire - also reintroduced - made the break and fed McNicholl to thump to the net.

It was a long way back now for Cargin and they just couldn't carve out enough opportunities with Ben McLarnon curling over to leave a goal in it as the game moved into stoppage time, but assured defending and fielding from St Brigid's ensured the back door was bolted as they held firm to advance into a final against Moneyglass who overcame Aghagallon in the day's other semi-final.