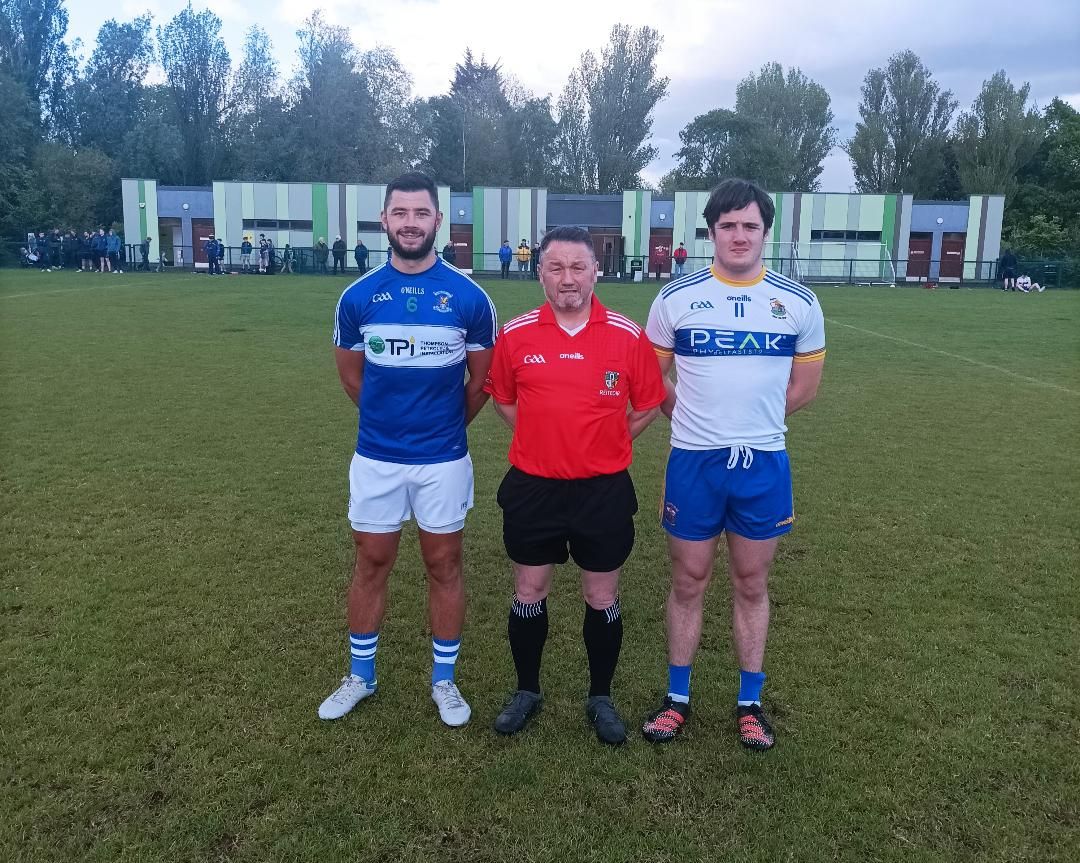 A STORMING third quarter paved the way for St Brigid's to claim the points at Musgrave Park on Wednesday against a St John's side that seemed to lose their way.

Paul Bradley struck for goals in either half with his second of the evening putting his side seven ahead midway through a second period that took St John's far too long to get going and while Brian Neeson's goal did hand them a lifeline, they could never get to within three as the Biddies tagged on the scores to stay ahead in a feisty enough affair.

Indeed, they would finish with 14 players as  Ferghal Meenahg was shown red in the first of six minutes in injury time for an off-the-ball incident.

But this couldn't take the shine off a fine performance from the hosts who were much more assured in the second period with Patrick Finnegan again pulling the strings around the middle, while he was also amongst the goals on the night.

However, it was St John's who were just much quicker to settle with a trio of early scores through Pearse Donnelly, Simon McDonagh and a Paddy McBride free before the hosts found their feet.

They would respond in kind as Conor McAleer pointed, while Reuben Carleton landed a 45 and Shay Campbell split the posts after claiming a mark.

As the rain briefly poured, so did the scores as the other end with the Johnnies quick to regain momentum and while Darren Bellew curled over, it could have been better as his score came after James McKenna had denied Ross Hannigan's low shot.

Andy McGowan slung over a fine point, Padraig Nugent thumped over from deep and another McBride free as the Johnnies appeared to be on course for a good night, yet things would take a turn on 22 minutes as Conor McAleer fist diverted a kick-out down the middle into the path of Bradley who kept his cool to steady and blast to the corner of the net.

Joe Finnegan tied the game after converting from a mark straight after but the hosts would then hit the front for the first time on 27 minutes as a ball into Finnegan saw him lay-off to James Smith on the right and he squared across goal where Partick Finnegan rose to palm home.

The advantage would last just two minutes as Darren Bellew dropped a deft pass into the path of the advancing Oisin Donnelly who picked his spot and hit the roof of the net.

St John's would ultimately hold the lead at the break as a McBride free nudged them into a 1-8 to 2-4 lead, but the second half was a completely different story as St Brigid's started well as St John's just couldn't get going until they were playing major catch-up.

The sides were level within seconds as Patrick Finnegan took a mark and converted, while a Conor McAleer free gave the hosts the lead and this time they would hold it until the final whistle.

Points from Bradley, McAleer and Patrick Finnegan pushed the gap out to four and then on 45 minutes, a fine move resulted in Jack Dowling putting Bradley in to finish low and make it 3-9 to 1-8.

This finally seemed to spark St John's into life with Conor McEvoy through to score 16 minutes into the second period, but St Brigid's substitute Peter Webb was quick to respond.

The lifeline St John's badly needed came on 50 minutes as St Brigid's had appeals for a free waved away when on the front foot and St John's broke with Ross Hannigan charging forward and playing into substitute Brian Neeson who steadied and thumped home to bring his team back into it.

Conor McAleer did hit back with a point from a free, but a Paddy McBride Brace - one from play - left just a goal in it with minutes to play.

While St John's suddenly were within a kick of a ball, St Brigid's held their nerve and found the scores to clinch it with James Smith cutting through to point and despite that red card for Meenagh, Bradley then got his fist to a dropping Peter Webb free to make the game safe.

St John's kept searching for a goal, but had to be content with a late Simon McDonagh point as St Brigid's claimed a big win.