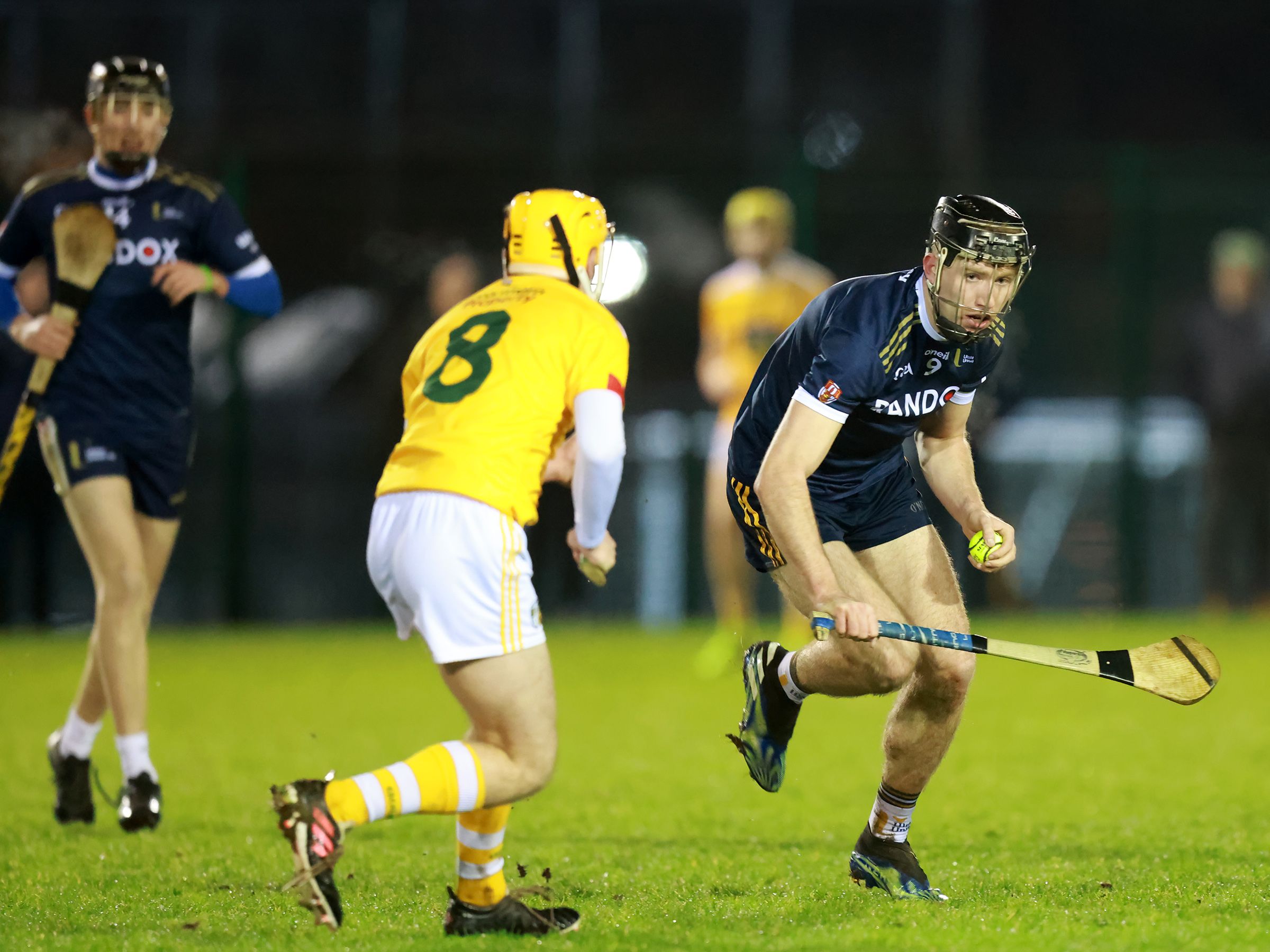 ANTRIM'S U20 hurlers put up a positive showing at Jordanstown on Tuesday evening, but ultimately it wasn't enough to claim the spoils in Group A of the Conor McGurk Cup against Ulster University.

The students just had that little extra bit of quality throughout and that was not much of a surprise considering they fielded some established senior county stars in their ranks and they proved the difference.

It was a useful workout for both sets of players and the constant stream of substitutions in the second period meant that both benches were well run, but it was the quality of Daithi Sands that shone through with the Down star hitting a magnificent 1-5 for play, although Antrim's Seamus McAuley could also be happy with his evening as he finished with a half dozen points.

On a frigid evening interspersed with wintry showers, it was the hosts who were just that bit sharper from the off as they were a little crisper in their play.

Daithi Sands played a central role in all that was good about the students and he pointed his side into a third minute lead with Paul Boyle landing points either side of a classy effort from Rossa's Aodhan O'Brien who took the ball in stride, turned and fired over from out on the left sideline.

Christy McGarry got Antrim off the mark from a free on eight minutes and while UU hit two in reply, Antrim followed with a pair of their own through McGarry and Rian McMullan as it seemed the young Saffrons were starting to motor.

However, UU were always able to find the answers and they were to have a much better spread of scorers  with O'Brien converting a 65 after Sands had been denied by Callum Mullan in the Antrim goal, but Sands and Fergal McKiernan were leading the scoring charge for the most part, while Cushendall man Fred McCurry chipped in with a brace to help the students into a fully deserved 0-14 to 0-8 lead at the half.

The second half was a little slower to get going and it certainly didn't have the same flow with a constant stream of substitutions breaking up the play, but after a few scoreless minutes, it was one of Antrim's subs, Conleth McKinley who gathered, turned and his shot nestled high into the net to bring Antrim right back into it.

However, the pattern of the opening half would remain with UU always able to find an answer with Padraig Doran pointing  off a break.

The sides traded points before a pair from Antrim's Christy McGarry and Anthony McGarrigle brought the Saffrons to within two, but just before the water break after Rian Ferguson and Seamus McAuley had traded frees, another major contribution from Sands would put the students firmly in the driver's seat as he clipped over a great score and then burst through the Antrim defence to send a rasping shot to the net to leave it 1-18 to 1-12.

Sands was replaced at the break by St John's man Peter McCallin who wasted no time in announcing himself with a beauty of a goal from the tightest of angles on the right to leave no way back for the Saffrons.

Seanie McIntosh did get on the scoresheet for Antrim before Padraig Doran completed the scoring for the hosts and while Antrim finished the game well with the final four points, it was Ulster University who claimed the win to put them in pole position in the three-team group.