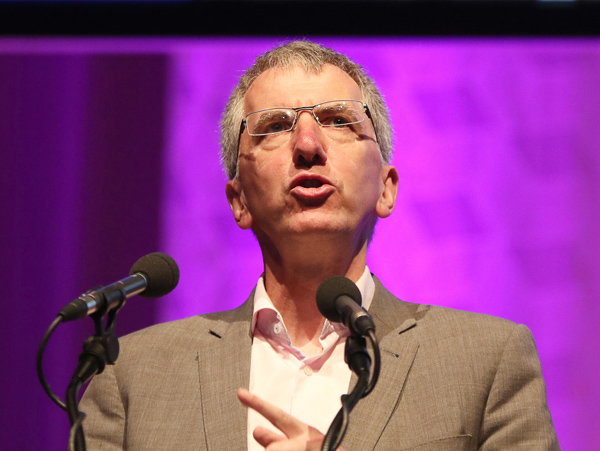 The Falls Road Gaeltacht Quarter is to get special economic status as part of a package of measures aimed at driving growth announced yesterday by the Finance Minister.

Máirtín Ó Muilleoir made the announcement as he outlined a rethink of the rates system that he hopes will see extra cash freed up to invest in the small retail and hospitality sector.

“I propose to start in Belfast with two pilots – the Falls and Newtownards Roads, both areas in need of a greater peace dividend. The West Belfast zone, with special rates relief to encourage business and investment, is likely to stretch from Castle Street through the Gaeltacht Quarter to the bottom of the Whiterock Road.

“The East Belfast zone is likely to stretch from the bottom of the Newtownards Road through the area now the focus for the EastSide Arts renaissance to the Holywood Arches. These will be confirmed in due course.”

As part of the new proposals a rates cap on the most expensive homes will be increased. The extra money received will go towards improving the two arterial routes.

“When the capital value system was being developed it was designed on the basis that you paid in direct proportion to the value of your home,” said Minister Ó Muilleoir.

“However the application of the £400,000 cap means that those in houses with a higher value pay proportionately less than those in middle or lower value homes.

“This to me is inherently unfair. Take Bill Gates’ house. He pays $1m a year in property tax on his $100m Washington State home.  If he lived here it would cost him less than $5k a year.”

He said the most vulnerable would be protected.

“There are significant measures already in place to safeguard the elderly pensioner who is asset-rich but income-poor and remaining in a high value family home – we have a generous low income rate relief scheme, which was put in place before the cap came along.

“In a phased introduction, I wish to charge a regional rate levy — approximately 55 per cent of the rates due on a property — to the full value of a home in order to raise an additional £4m in revenue.”