Garrett says Blues have a point to prove 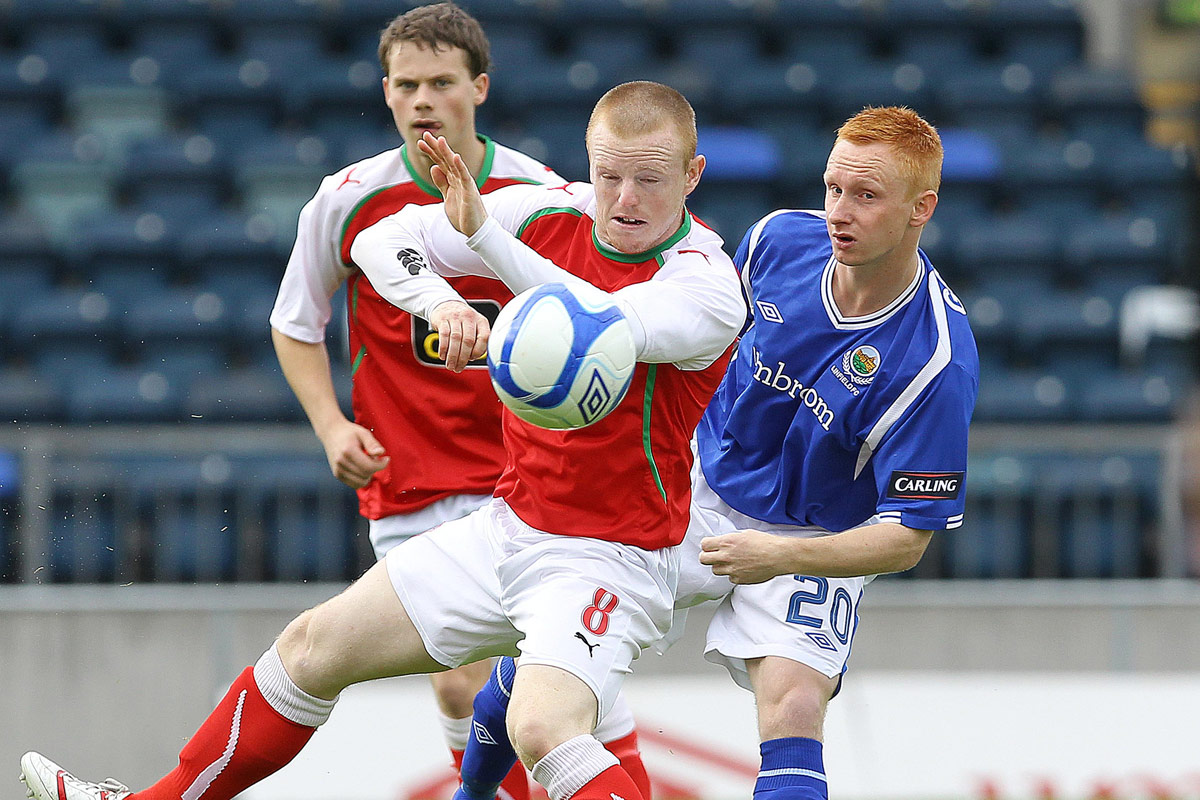 LINFIELD midfielder Robert Garrett believes his team mates have a point to prove when they travel to Solitude to face Cliftonville on Saturday.

The Reds defeated David Jeffrey’s side 6-2 in the County Antrim Shield semi-final last Wednesday but on Saturday the teams meet again with three vital league points up for grabs.

Linfield defeated Tommy Breslin’s men 4-1 in their league meeting last month but since then the North Belfast club have been on a fine run of form.

On Saturday, the Reds travelled to Shamrock Park and emerged with a 2-1 victory over second placed Portadown and are now just one point behind the mid-Ulster club in the table.

Linfield took full advantage of this result with a hard-fought 1-0 win over Dungannon Swifts thanks to a second half Aaron Burns strike.

This ensured the Windsor Park club opened a five-point lead at the top of the table with their game in hand against Glentoran set for the Oval next Wednesday.

While Linfield rode their luck on occasions on Saturday, Garrett says the players were just happy to have banished the memory of their cup exit to Cliftonville by securing a victory.

“We are definitely happy to get back to winning ways, especially after the Cliftonville match,” he said.

“That was a tough defeat so it was important to get back with a win as soon as possible.

“That was a big win for us against Dungannon. They made it very hard for us but hopefully now we can push on.”

Games between Linfield and Cliftonville are usually entertaining affairs and with the sides having shared 13 goals in their two recent meetings, another high scoring contest is hoped for.

While such open games may be enjoyable for the neutrals, Garrett stated that he is more concerned with a victory and proving a point following their heavy defeat at Solitude last week.

They will have to do it without the suspended Rory Patterson but the former Stoke City player is hoping they can still come out on the right side of the result.

“Cliftonville away is going to be a very difficult game but it is still early in the season,” he added.

“We just need to pick up as many points as possible and not worry about gaps that may be building up.

“The game against Cliftonville the other week was a hard one to take but we have a chance here on Saturday to go up there and put things right. Hopefully we can do that.

“We went up there the last time trying to get the result but things just didn’t go our way at all.

“This game on Saturday is going to be massive so hopefully we can step it up and get the points we need.”

While some teams approach Linfield games more intent on not losing rather than going for the win, the 23-year-old midfielder says Cliftonville are the exception as they always try to win and is expecting more of the same on Saturday.

However, Garrett is hoping his side can put an end to their opponents’ fine run of results and use a victory on Saturday as a springboard for their own purple patch.

“A lot of teams when they come up against us come with the attitude of ‘try and break us down’,” revealed the international star.

“We know Cliftonville won’t do that. They will go out and will believe they can get the win and it will make for a much more open game.

“Cliftonville are on a good run themselves but hopefully we can get a victory so we can get some momentum and go on our own run.”