Gleeson keen to use Tipp test as prep for Faithful showdown 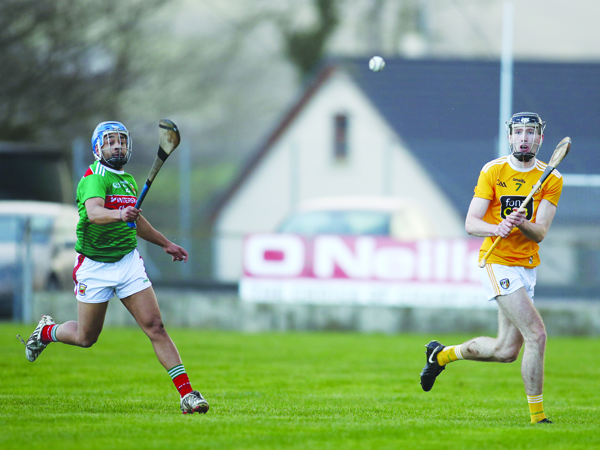 ANTRIM manager Darren Gleeson believes Saturday’s game against All-Ireland champions Tipperary at the earlier time of 1.30pm at Davitt Park will be the ideal preparation for his side as they get ready to face into a series of make-or-break games in terms of their promotion hopes.

The Portroe native won an All-Ireland with the Premier County in 2016 as goalkeeper and again as part of Liam Sheedy’s backroom team last year, so will know exactly what type of challenge his players will face this weekend as they begin to turn their attention to the trip to Offaly next weekend.

Saturday’s game will mark the opening of Davitt’s new facility, but Gleeson says they will be taking it extremely seriously and had always pencilled in a game with Tipperary to get his players battle ready for the major tests that lie ahead against Offaly, Meath and Kerry.

“We didn’t just throw this in for the sake of it,” he said.

“This is part of our preparation and everyone will get game time next weekend so we’ll see who will put their hand up for the Offaly game.

The Antrim boss revealed that injuries have been starting to mount and that Sunday’s win against Mayo saw just 25 players fit to be stripped out.

Conal Cunning, Keelan Molloy, Ciaran Clarke, Ciaran Johnston, Conor Johnston and TT Butler are some of those who were unavailable and their progress will be monitored over the coming days, but there were positives at the weekend with team captain Conor McCann returning from injury, while Joe Maskey got some game time having rejoined the panel after Naomh Éanna’s All-Ireland campaign and several other new faces got their chance.

“Big Joe came back into it today; Aodhan O’Brien, Ryan McGarry, Conor McHugh and Conor Boyd all acquitted themselves well I thought,” he noted.

“Three of the boys were playing colleges there recently and had three games in nine days so I thought they showed up very well.

“Conor McCann came back in today and we got 45 minutes out of him, so I’m really pleased with that.”

While Antrim have picked up maximum points in the League to date, Gleeson is well aware the tests will be much tougher over the coming weeks, beginning next Sunday in Tullamore when they will take on an Offaly side who lost out to Kerry at the weekend and will be fighting to save their own promotion hopes.

While there is still plenty to work on, Gleeson has been relatively happy with the start his team has made and hoppes that hurling fans in the county will row in behind them ahead of a defining series of games.

“We are a new group and over the first couple of games there is always pressure, so it’s never easy to be quite as fluent as we’d like,” he admitted.

“These next couple of games are when the lads are really going to be challenged and we’ll find out a lot about them then.

“That is the challenge I think this group will grow into. We’ve asked them to step up in a couple of matches we’ve played against higher opposition and they’ve really stood up to it.

“I’m looking forward to seeing them in these games over the next couple of weeks because these are the challenges you want.

“Promotion is a word at the end, but they have to perform to get that and the big test for us is on Sunday week in Tullamore.