Greenlight on way for cycle bridge over Lagan...at last? 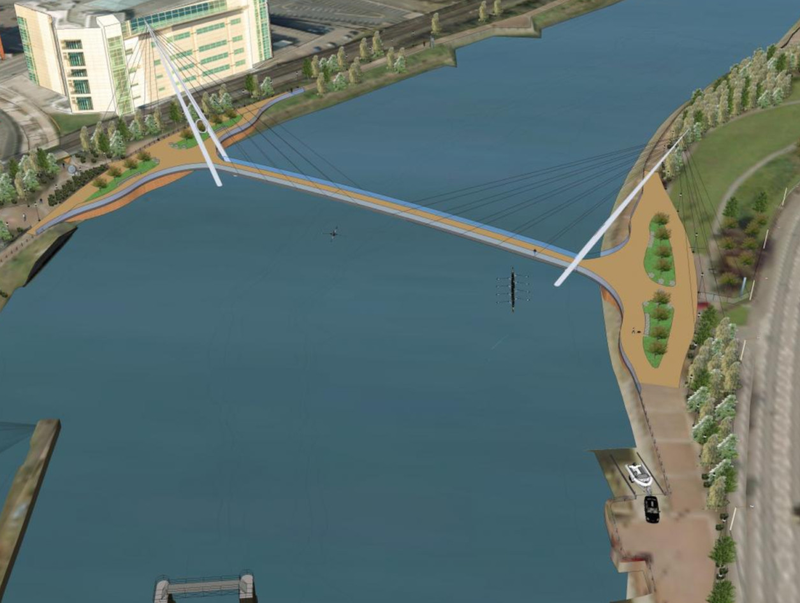 Hopes are high that the Department for Infrastructure Lagan Pedestrian and Cycle Bridge project may soon get the go-ahead from Minister Nichola Mallon — seven years after it was first unveiled.

The bridge — branded the Bridge of Sighs by the cycling community due to its many delays — is at an “advanced stage” say the Department for Infrastructure (Dfl).

The £9 million project will connect Ormeau Park to the city centre through the Gasworks business park.

Proposals for the bridge were unveiled in 2014, and planning permission was granted in April 2016.

Last August a cross-party group of South Belfast MLAs called for work to start immediately on the project.

The report gave a recent update (last 45 days) that construction/delivery has started with consultants and the construction stage is at pre-procurement.

Dfl confirmed to the South Belfast News that progress was being made on the project and was a key commitment by new Infrastructure Minister Nichola Mallon.

A Department for Infrastructure (DfI) spokesperson said: “The Lagan Pedestrian & Cycle Bridge is one of three projects being taken forward by the Department for Infrastructure (DfI) as part of the Belfast Region City Deal (BRCD). Outline Business Cases for all projects are currently being prepared for submission to BRCD Partners to help inform prioritisation of schemes and allocation of funding.

River Lagan in #Belfast is getting a new edition with pedestrian & cycle bridge. 🌉

“The project is at an advanced stage of development, with a business case having been prepared, a specimen design completed and other statutory approvals related to navigation in place. Delivery of the bridge will be dependent on the prioritisation of individual projects across the BRCD and the availability of funding.

“The Minister remains committed to supporting the delivery of City Deals that will enhance our economy and increase opportunities for our communities. The bridge is a key element of a walking and cycling network connecting the city centre with the south-east of the city and the Connswater Community Greenway.

“In relation to timelines, following a decision on which projects will feature in the City Deal and the confirmation of funding, it is estimated that it will take approximately two years to finalise the design and construct the bridge.”