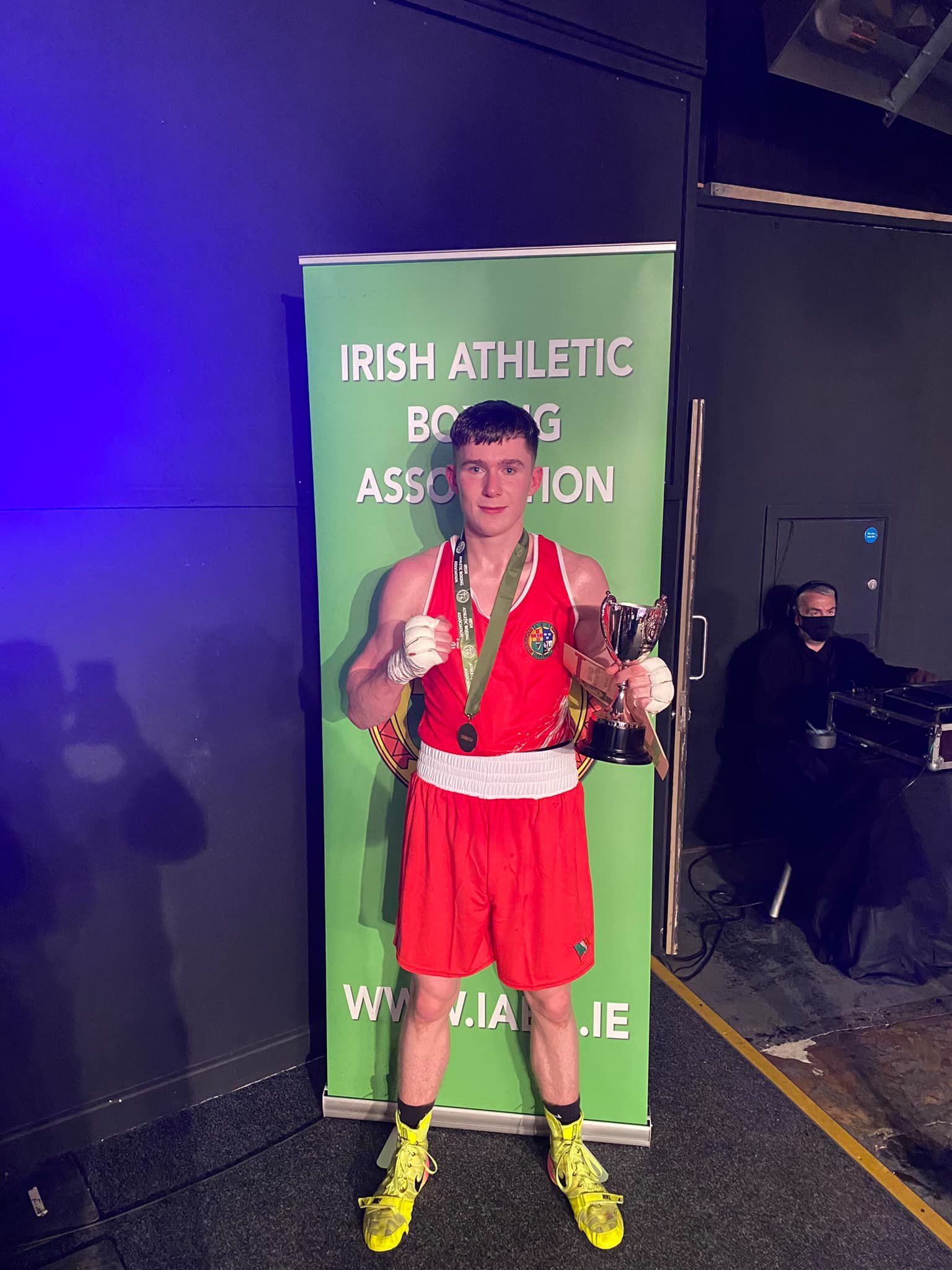 IT was a night of glory for Star ABC's John Paul Hale at the National Stadium in Dublin on Saturday as he became the first boxer in 23 years to claim an Irish Elite title for the New Lodge club.

Hale boxed brilliantly to claim the lightweight title at the expense of Emerald's Dominic Bradley on a unanimous decision.

The win saw Hale follow in the footsteps of his uncle Jim Rooney who was the last Star boxer to win national senior honours and it has also put him in the frame to make the Irish team that will head to the World Championships later this month.

"It felt amazing - it was an emotional win," he said after.

"Even Michaela Walsh (in the tv studio) said she expected me to go out for a brawl, but I felt I really changed it up and could box. I think my work-rate was good, I was throwing more.

"I'm in training now on Monday in Abbottstown and from that they will pick the team that goes to Sheffield (training camp) for the Worlds so I hope that works out."

It was an intriguing opening round with Hale following on from his semi-final win, boxing with maturity from range.

Hale opened the second off a stiff jab and this allowed him to set-up hooks as Bradley weaved to try and set up his own attacks.

The Swatragh native had his own success, but Hale just appeared a little crisper to score with flush counters although had to eat an uppercut at the bell as this fight began to open up.

It was a cagey start to the final round with Hale solid off the jab, but the pace soon increased with both clubbing home rights although again the North Belfast man just appeared to be doing more and was a worthy winner.

Immaculata's Caitlin Fryers took the women's 50kg title in a thrilling contest against Antrim's Nycole Clyde on a unanimous decision.

Clyde, a southpaw, enjoyed a size advantage and sprinted from the corner at the opening bell, but Fryers began to find a way as she dug in and began to win the battle with an energetic effort in the first.

Clyde had the reach advantage, but the Mac woman was getting the better of it when in range, letting her hands go and scoring with flurries and outfighting in the trenches as the action heated up.

Clyde was giving it everything and well in this fight, but it was Fryers who was landing with better and was full value for her win.

St John Bosco's Paudraic Downey came up just short in the 50kg final as he lost out by the slimmest of margins against Letterkenny's Paddy McShane.

McShane was extremely economical from the off, scoring with eye-caching counters against the aggressive Downey who did have his moments, but was just being caught when stepping in.

Downey opened the second well, but McShane was growing in confidence as he began to press on, yet was tagged late that appeared to tip the round his way.

It was all to play for in the final round, but McShane was just that bit sharper and began to land some chopping shots and finished well to edge home on a 3-2 split.

McCarthy was busy from the off, boxing out of the southpaw stance and aiming to put his stamp on proceedings with McGivern up on his toes.

The aggression of the St Michael's, Athy clubman was effective as he buzzed in and out, landing with some flush shots including a perfect straight right to take the opener.

McGivern needed to up the pace but McCarthy was again too quick in the second, picking his moments to land with rapid fire against the St George's man who looked a little too ponderous. Still, he caught McCarthy with a looping left and a counter against the off-balance Kilkenny native as he began to warm to the task, but perhaps not enough to swing the round his way.

The defending champion was quick to asset himself in the third as he began quickly. McGivern needed urgency, but it wasn't forthcoming as McCarthy was able to sit in the pocket and box his way home.