Harbinson thrilled to welcome quartet back into the fold 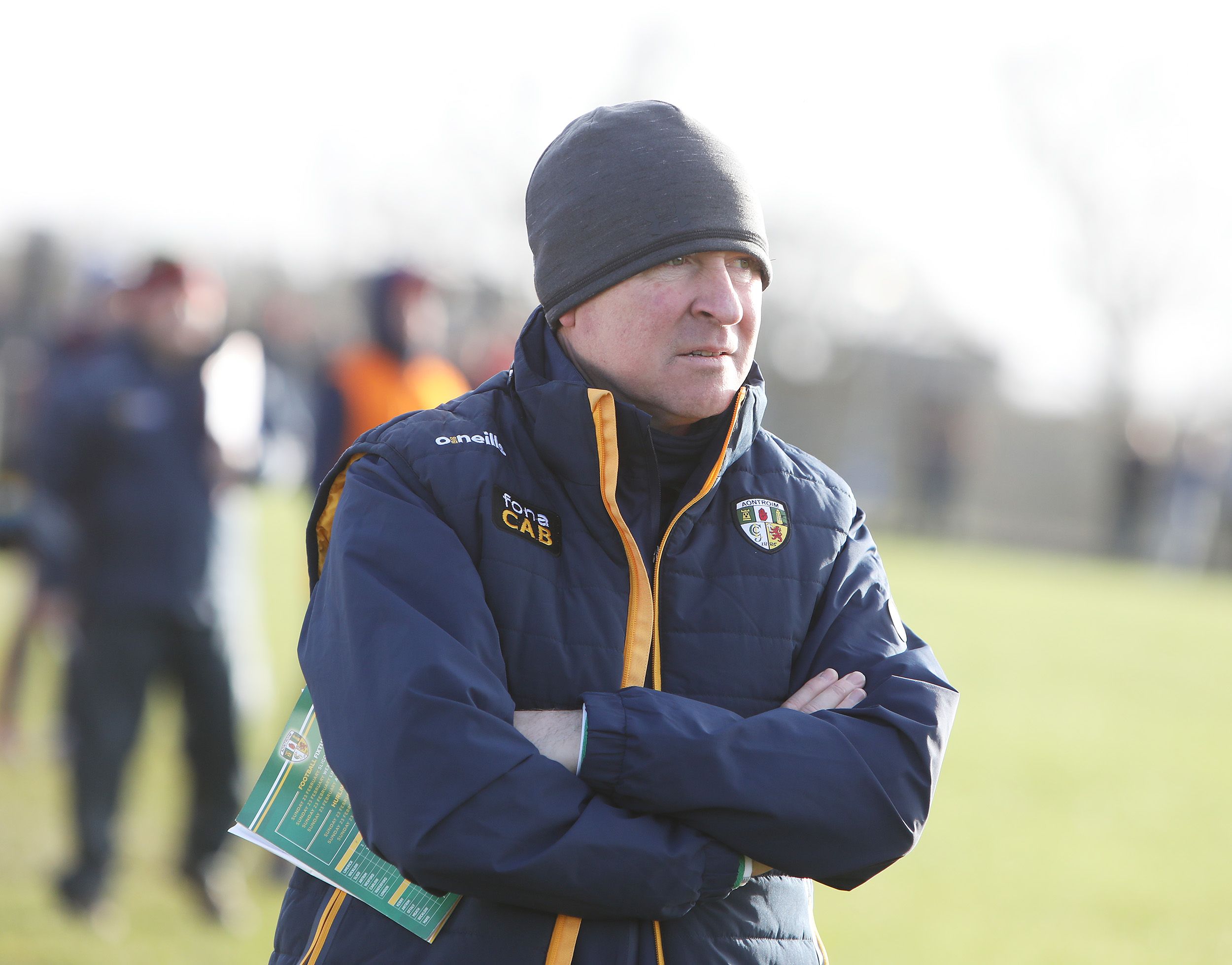 ANTRIM Senior football manager Lenny Harbinson says he is delighted to welcome back a quartet of experienced players as they prepare for the resumption of the National League next Saturday.

The Saffrons will travel to Wicklow knowing a victory will see them take a huge step towards promotion from Division Four ahead of their final game at home to Waterford, so with that in mind, back comes Kevin O’Boyle, Mark Sweeney, Ryan Murray and Paddy McCormick who were not part of the panel earlier in the season.

O’Boyle enjoyed an excellent campaign in the Cargin defence having put injuries in recent years behind him, so will be a huge addition along with Sweeney who is now based back in Belfast having worked in Dublin full-time, whilst Murray has opted to stay at home for now having moved out to Dubai last year and McCormick has returned from his studies in Galway.

All four will bolster the panel that was hitting form when lockdown came, having scored a hugely impressive victory over table-toppers Limerick in their last outing back in early March.

Harbinson said he resisted the urge to draft in some fresh faces given the condensed nature of this year’s remaining games but did also admit there were some eye-catching performances throughout the club championships.

“We’ve got a pretty strong panel at the minute but then things can change in two weeks with injuries and everything else,” he said.

“Kevin had been afflicted with injuries over the last few years but this year with the break in football, it gave him a good rest period and he’s played well for Cargin in the Championship.

“Being able to pick someone who has experience and knows what we are trying to do is great, similar with Mark Sweeney.

“Mark’s circumstances changed a bit in that he is primarily based in Belfast and similar again with Ryan Murray who didn’t go back to the Middle East. That’s a positive for us.

“Paddy McCormick was probably our best player two seasons ago and he’s come back from Galway, so to have those four players back is great.

“We saw a number of good, young players throughout the championship but to hit the ground running in a tight period of training and games is difficult.

“Although we saw some good, up-and-coming talent, we felt we just needed to bring more experienced guys in who know what we are about. We’ll just see what happens over the next few weeks.”

Over the next few weeks could be crucial as to whether games will actually be played. On Monday, the Irish government resisted calls by the National Public Health Emergency Team to move to Level Five restrictions that would see all sporting activity stopped, instead opting for Level Three that will see games permitted to proceed with restrictions.

Such debate could be distracting for players, but Harbinson insists that such matters are out of their control and they must simply retain focus and prepare as normal.

“It’s in the back of everybody’s mind because the news is out there and everybody is well versed on the perils of Covid-19 and how quickly it can spread, how infectious it is and the dangers it poses to the older members of the community,” he accepts.

“All we can do is focus on Saturday week. Our preparations just have to continue on in an environment that is safe.

“Everybody is checked before they come to training so we abide by the guidelines. All we can do is to get our own house in order, try to stay focussed and what happens outside of our bubble in terms of what comes out of the Taoiseach’s office will dictate what happens.”

It would be a major blow should sport be forced into another cessation with the initial one in March coming just as Antrim had found their swagger.

The Saffrons had just recorded a 2-21 to 1-12 win over Limerick that acted as a major boost to their promotion hopes in Division Four where there are still five teams with serious hopes of promotion with two games to play.

Next week’s opposition, Wicklow, are one of the five and whilst the halt to games in March was disappointing for Antrim, it was the same for all teams who still have a lot to play for in the remaining fixtures,

“It was frustrating all-round, not just for us in Antrim, but the same for everyone as it cut across the country,” Harbinson reflected.

“From our point of view, we’d built a bit of momentum and then all of a sudden, you’re coming off a good a result and getting ready for the challenges of Wicklow away, but it gets put on the back burner for the best part of six months.

“It’s a fluid situation and remains that way, so we’ve just got to focus on the next few weeks to make sure our own preparations are as good as possible under the circumstances and get our best players out on the field. It’s all in our own hands and our own destiny.”