Herring-Frampton: The Jackal can edge home in a close affair 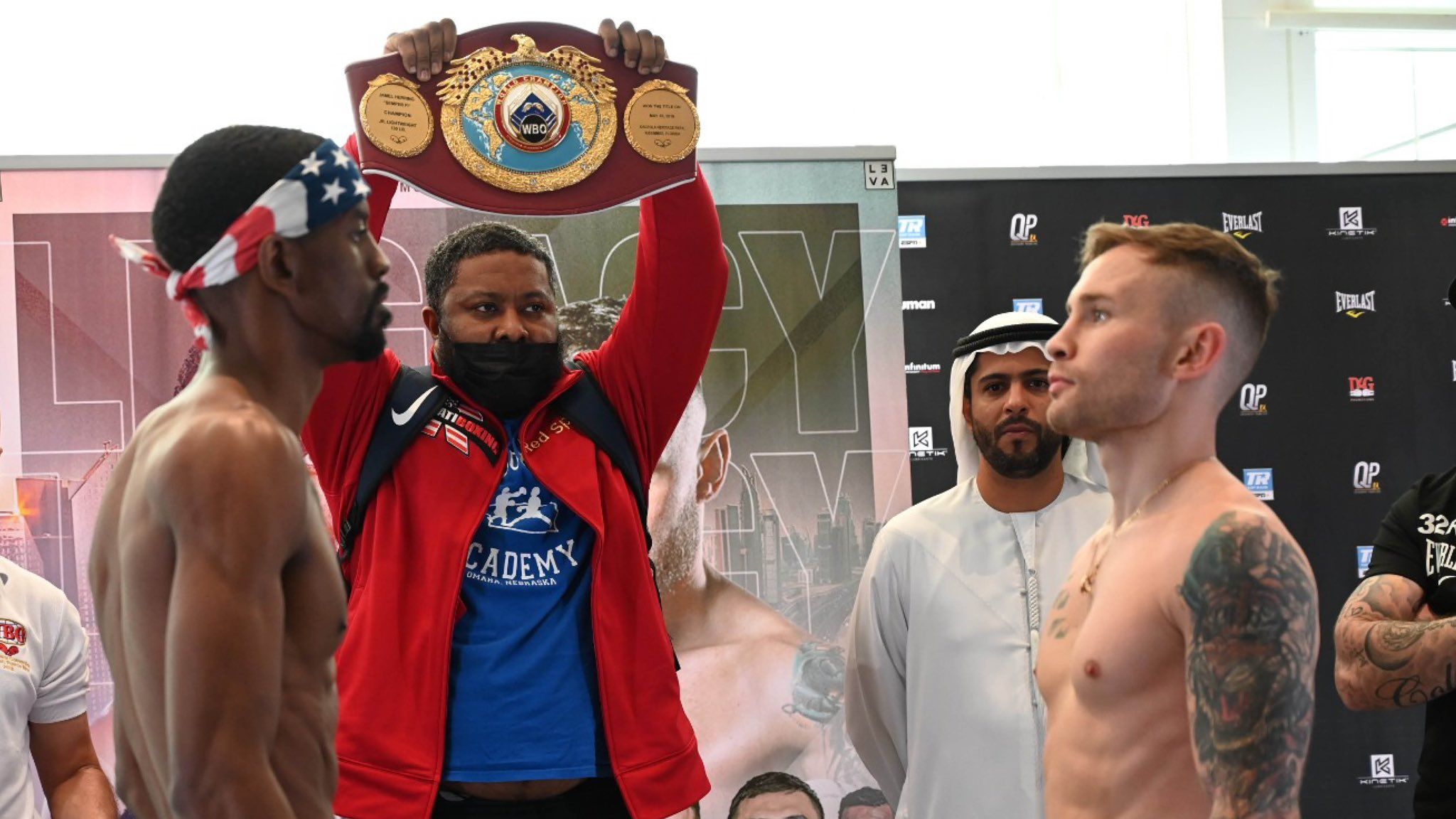 HOW significant a victory will be for Carl Frampton over WBO super-featherweight champion Jamel Herring at Caesars Palace, Dubai tonight (10pm, live on Channel 5) has been well documented throughout the build-up, but for those asleep at the back, let's do it quickly: 'The Jackal' is bidding to become the first Irish fighter to win world titles in three weight divisions and follow in the footsteps of British trio Bob Fitzsimmons, Duke McKenzie and Ricky Burns who have achieved this feat.

That's the narrative, but let's talk about the fight.

Ex-Marine Herring will enter the ring holding a major advantage in terms of size and this alone has led many to believe that 'Semper Fi' will retain his title.

Questions have been asked in the build-up as to Herring's ability to make the 130-pound weight limit, but he has no issues on the scales yesterday morning, coming in at 129.4 lbs to Frampton's 129.9.

Then there is his late arrival into Dubai with the American touching down last weekend to contend with a nine-hour time difference ahead of a fight likely to begin at 1.30am local time.

Frampton made his journey almost three weeks ago so is well acclimatised at this stage, raring to go and has made the adjustments for the later than usual opening bell by adjusting his body clock to stay active later in the night.

Delayed from the planned date of February 27 before Frampton was granted a slight delay after picking up a hand injury, the extra weeks have not weighed too heavily on the American who has said it allows him more time to gel with his team, led by trainer Brian MacIntyre, while he reflected on delays he endured last year for a title defence against Jonathan Oquendo that eventually took place in September following a bout of Covid-19.

That fight led to a win via disqualification as Oquendo, having been dropped in the third by a left uppercut that is a major Herring weapon, resorted to persistent fouls with head-butts opening a major gash over the champion's right eye.

Will that gash reopen tonight and does the prospect of such weigh heavily on his mind? Time will tell.

Despite victory, Herring came in for some criticism due to a below par performance, but has said the effects of Covid may have been a contributing factor.

Frampton has not read a lot into it and instead has focused on getting his own house in order for a fight in which he simply must be at his best to win and he knows as much.

Herring has been making similar noises and hasn't been shy in heaping praise on the Belfast man whose achievements turned him into a fan. Gushing with praise is one thing, but that also is a motivating factor for the American who is intending to score a victory that would significantly embellish his résumé.

His keys to victory are to keep Frampton at the end of his long jab and bring the left into play when 'The Jackal' comes inside to fire. But he has refused to look for weaknesses in the challenger, instead opting to fine tune his own engine.

"I'm not looking for any weaknesses," he insisted.

"We have prepared for the best version of Carl Frampton because we know what's on the line for him.

"When you have that as your mindset, you can't look for a flaw he had in this fight or that fight. We want to take your strengths away from you as the fight goes on so that's how we approach it."

For Frampton, the key is to negate this advantage the New Yorker holds and to inflict his own game-plan on the slick southpaw.

Both enter the ring in the twilight of their careers, with 34-year-old Frampton one year the junior of Herring, so the question is whether some of the old magic can be deployed with the footwork, distance control and counter-punching that has helped him deliver seismic victories over Kiko Martinez, Scott Quigg, Leo Santa Cruz and Nonito Donaire central to tonight's plan of attack.

In his two defeats against Santa Cruz in their rematch and against Josh Warrington, Frampton made slow starts so playing catch-up tonight is not where he wants to find himself by the mid-rounds.

Instead, it will be measuring his attacks and making Herring miss to force mistakes that he can exploit.

The body attack will be crucial and it is an aspect that has seemed to improve in recent times with his smaller size perhaps an advantage in this regard as the American will be punching down. There are times when he is going to have to stand and fight should this turn into a scrappy affair that would not be to his benefit.

This fight is about one thing for @RealCFrampton:

Is victory a certainty? Absolutely not. Is the size of task and opponent too much to overcome? Again, no.

"I've got to expect the best Jamel Herring there's ever been," was the final word from 'The Jackal'.

"If we look at his last performance (against Oquendo), he gets a bit of criticism. My performance wasn't brilliant in my last fight (against Darren Traynor) so I think both of us need to be a lot better in this fight to come out victorious.

"There's just a different feeling about this one for me. I just feel like everything is aligning and it's going to happen."

That last line does hold a semblance of truth as despite fighting 5000 miles away from home and his adoring fans, there just seems to be a sense of destiny about this.

It is far from a certainty, but can he win seven out of 12 rounds tonight? The answer has to be yes. Should he deliver the performance he predicts, that piece of Irish sporting history can be delivered with a close points victory.