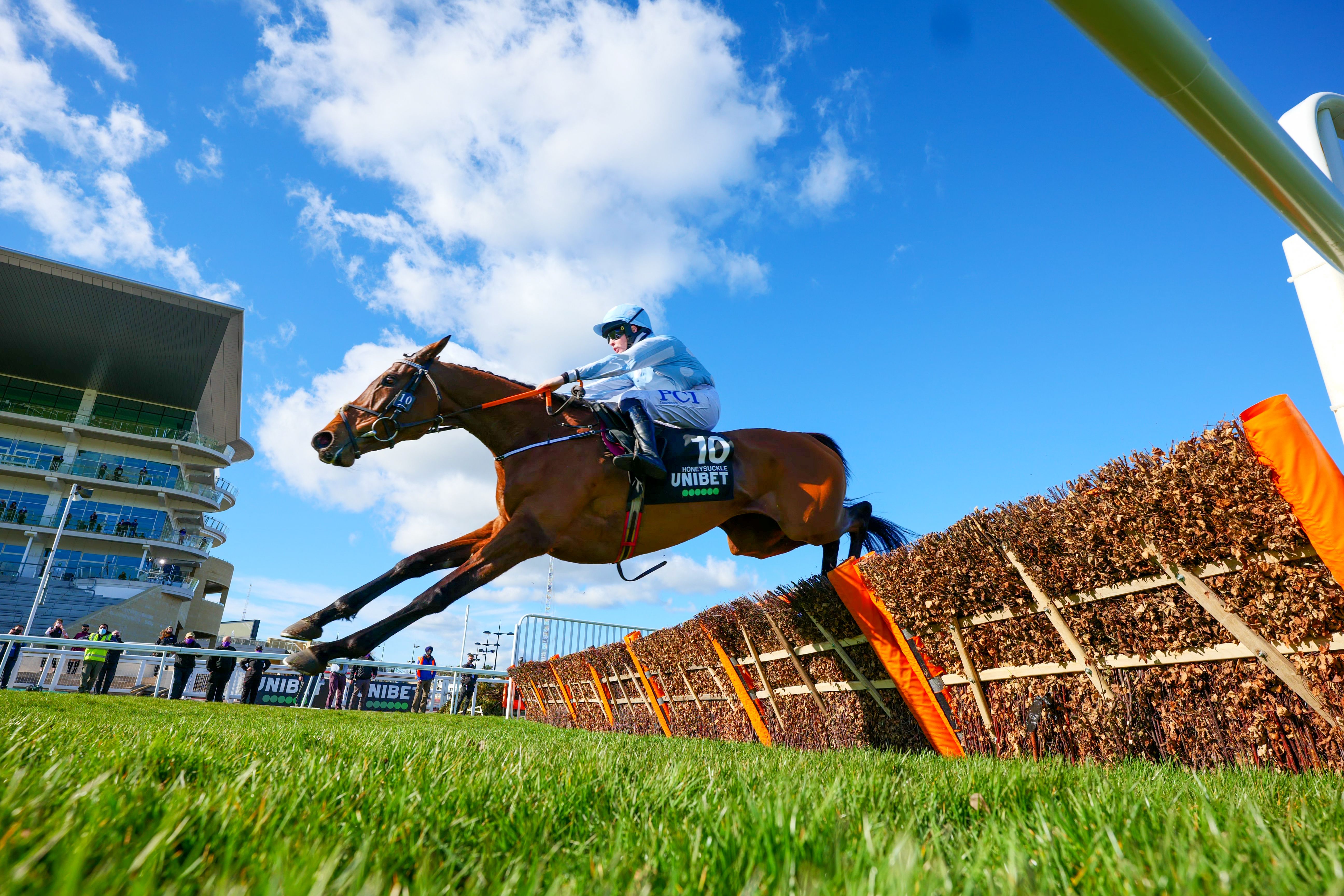 ANY punter who has followed the fortunes of Rachael Blackmore this season ought to have made a few quid from the bookies, especially in the major races on both sides of the Irish Sea.

Winner of the Grand National at Aintree with Minella Times, Blackmore also had six winners at Cheltenham last month, making her the leading jockey at the Festival.

She arrived at Punchestown this week seeking to become Irish champion jockey at the expense of the defending champion Paul Townend.

While that particular accolade proved beyond her reach following a remarkable three days for Willie Mullins and Townend, she looks certain to land one of the week's big prizes.  Champion Hurdle hero Honeysuckle bids to round off a stunning campaign on Friday (today) in the Punchestown Champion Hurdle (5.25pm).

Henry de Bromhead’s unbeaten mare is likely to go off odds-on and is around 4/6 and she is set to face several rivals from last month’s Festival including the next three horses home in the Champion Hurdle, namely Sharjah, Epatante and Aspire Tower.

However, Honeysuckle comfortably had their measure at Cheltenham and she was also impressive when landing the Hatton’s Grace (Fairyhouse) and the Irish Champion Hurdle (Leopardstown) earlier in the campaign and she’ll need to have an off day to lose her unbeaten run.

For the each-way money, her stablemate Jason The Militant could prove decent value at around 16/1.

He seemed to be travelling well in front when he unseated the aforementioned Rachael Blackmore halfway through the Aintree Hurdle.

Provided he can brush up on his hurdling, he could well run into a place.

Saturday’s feature race sees the leading juveniles clash in the Ballymore Champion Four-Year-Old Hurdle and Triumph Hurdle winner Quilixious seeks to confirm the form over former stablemate Zanahiyr, but the main danger could be the Noel Meade-trained Jeff Kidder.

Having won the Boodles Hurdle at the Festival at odds of 80/1, he proved it was no fluke when following up on Easter Monday at Fairyhouse earlier this month, beating the highly-rated Teahupoo in the process.  Quilixious is likely to justify favouritism at around 13/8, but Jeff Kidder is a good each-way alternative at around 12/1.

On the flat, the first Classic of the season takes place at Newmarket with the QIPCO 2000 Guineas on Saturday (3.40pm).

Given their early season form, it could pay to follow the Ballydoyle runners – knowing which of runners to side with is another matter.

The Dewhurst is always a key trial race for the 2000 Guineas and St Mark’s Basilica had three-quarters of a length to spare of his stablemate Wembley on that occasion with Joseph O’Brien’s Thunder Moon a further one and three-quarter lengths back in third position.

The faster ground back at Newmarket this weekend could help Wembley turn the tables and the son of Galileo ought to have no issue tackling the mile trip with St Mark's Basilica now looking likely to go for the French Guineas.

Having opened at around 6/1, Wembley has been supported midweek and is now 5/1 with local firm Sean Grahams (who reopen their doors on Friday morning) and that is the best industry price for what looks to be the pick of Aidan O’Brien’s trio.

On Sunday, the O’Briens, once again, look to hold all the aces in the 1000 Guineas with Santa Barbara (6/4) heading the market for Aidan O’Brien.

Pretty Gorgeous looked to have a leading chance in this, but was withdrawn by Joseph O'Brien on Friday morning following a bad scope and it is hard to look beyond the favourite with her main market rival now a non-runner.

Unfortunately due to an unsatisfactory scope Pretty Gorgeous will not be declared for the 1000 Guineas this weekend.