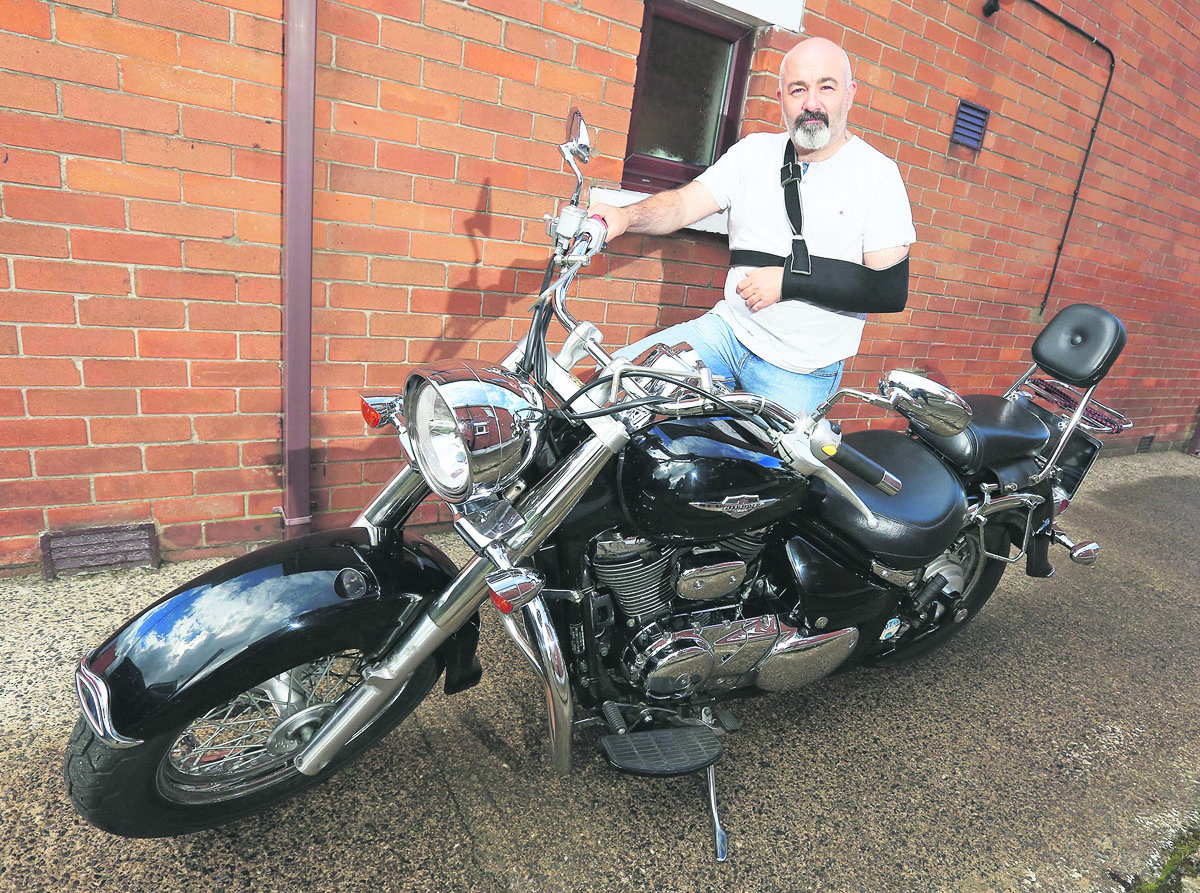 Thomas McMullan nursing his wounds – and his pride. He says he can’t wait to get back on his bike

Daily Belfast lensman and part-time daredevil Thomas McMullan found himself making the news when he was officially the first patient to be treated at the new casualty unit in the Royal Victoria Hospital.

The keen motorcyclist came a cropper on his bike last week at Mallusk during heavy rain, breaking his collarbone and suffering bruised ribs.

The award-winning photographer said he hardly knew where he was when he arrived at the new unit despite having been there on numerous occasions covering jobs.

“It was like a zombie movie,” laughed Thomas. “There were a few nurses around their stations but no patients and everything was brand new – even the wheelchair I was put in.”

Thomas, 46, said it didn’t take long for the staff to get used to their new surroundings.

“It was a bit surreal for a while as I was the only one there and it wasn’t until later one of them told me I was the first patient to be treated. The staff were brilliant and treated me very, very well. The biggest bruise is on my ego!”

The incident hasn’t put Thomas off two-wheeled transport and he’s keen to get back on his eye-catching 800cc Suzuki Intruder.