Hundreds turn out at candlelit vigil for murdered Christopher 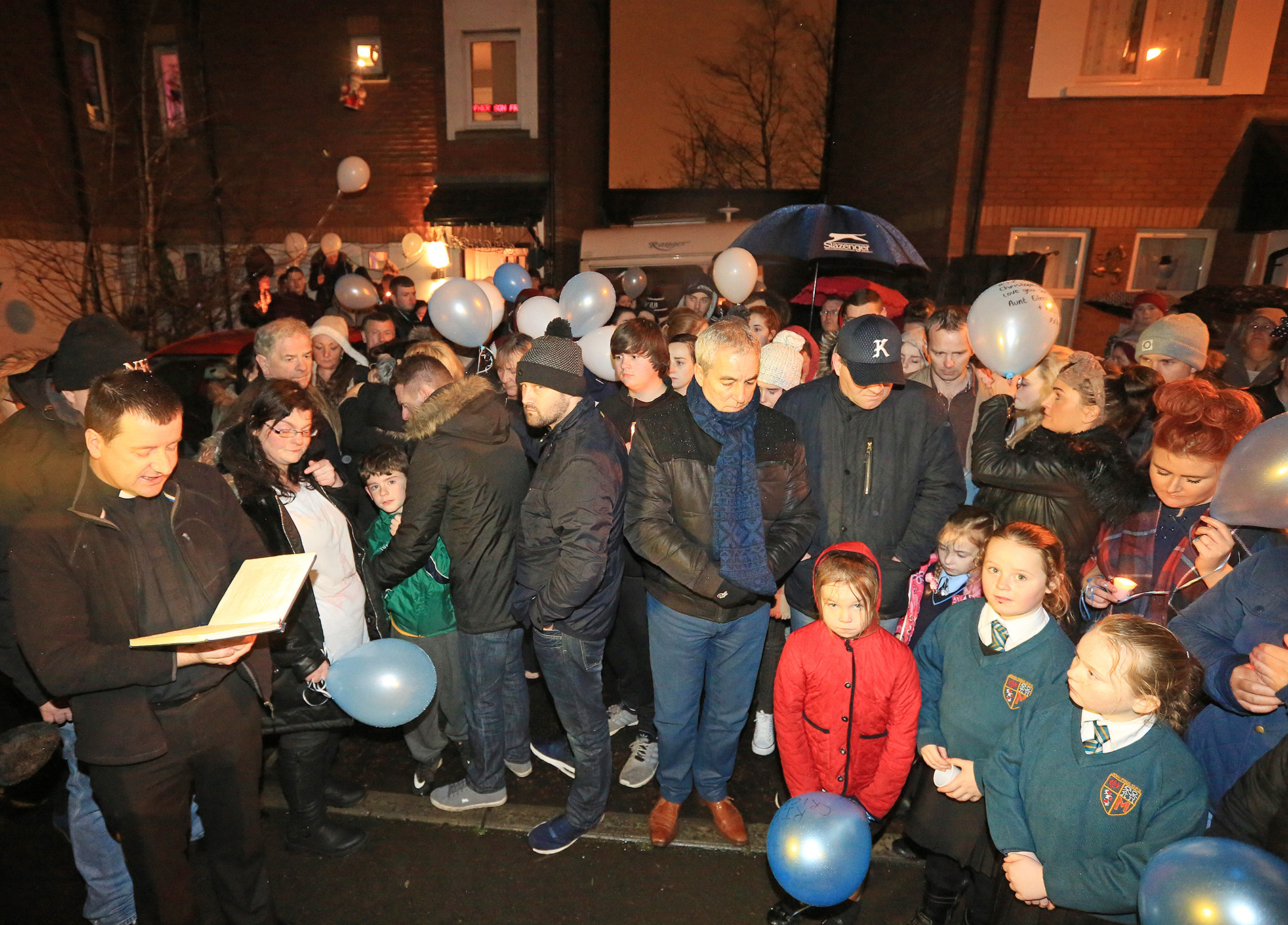 Father Darach Mac Giolla Catháin reads prayers at the vigil; on his left are Christopher's parents Chris Meli and Vanessa Burke with one of their younger sons Pic by Jim Corr

THERE were emotional scenes last night as over 300 people attended a vigil for 20-year-old Christopher ‘Cricky’ Meli who was brutally set upon and murdered in Twinbrook in the early hours of Saturday morning.

The father-of-one from Springfield’s Sliabh Dubh Lane was viciously attacked by a gang of youths and beaten in a “sustained and vicious assault”. Mr Meli’s body was discovered near homes at Glasvey Close on Saturday morning.

“We gather here tonight to remember Christopher and remember the blessing he was to his family and will continue to be,” he said.

Mr Meli’s father, Chris Snr, and mother Vanessa Burke clung to each other as a steady rain fell throughout the service. An appeal was made for anyone with any information about the murder to bring it forward to a solicitor.

Local Sinn Féin Councillor Steven Corr said the vigil was organised to show support to the Meli family in their time of need.

“It was decided to organise the vigil through social media on Sunday night,” he said. “We wanted to show the family that we were behind them in their hour of need following the tragic and brutal murder of Chris. The vigil on Monday night showed how much the community are behind the family. I was astounded when I drove into Sliabh Dubh on Monday night to see the amount of people who had turned out on what was a cold, wet December night.

“The community is united in grief for the Meli family and we want to assure them that they have our support in the trying and difficult weeks and months ahead.”

Three teenagers have been charged with Mr Meli’s murder. Two men, aged 18, and a 16-year-old youth are due to appear at Lisburn Magistrates’ Court today. Two other teenagers, aged 17 and 18, remain in PSNI custody.