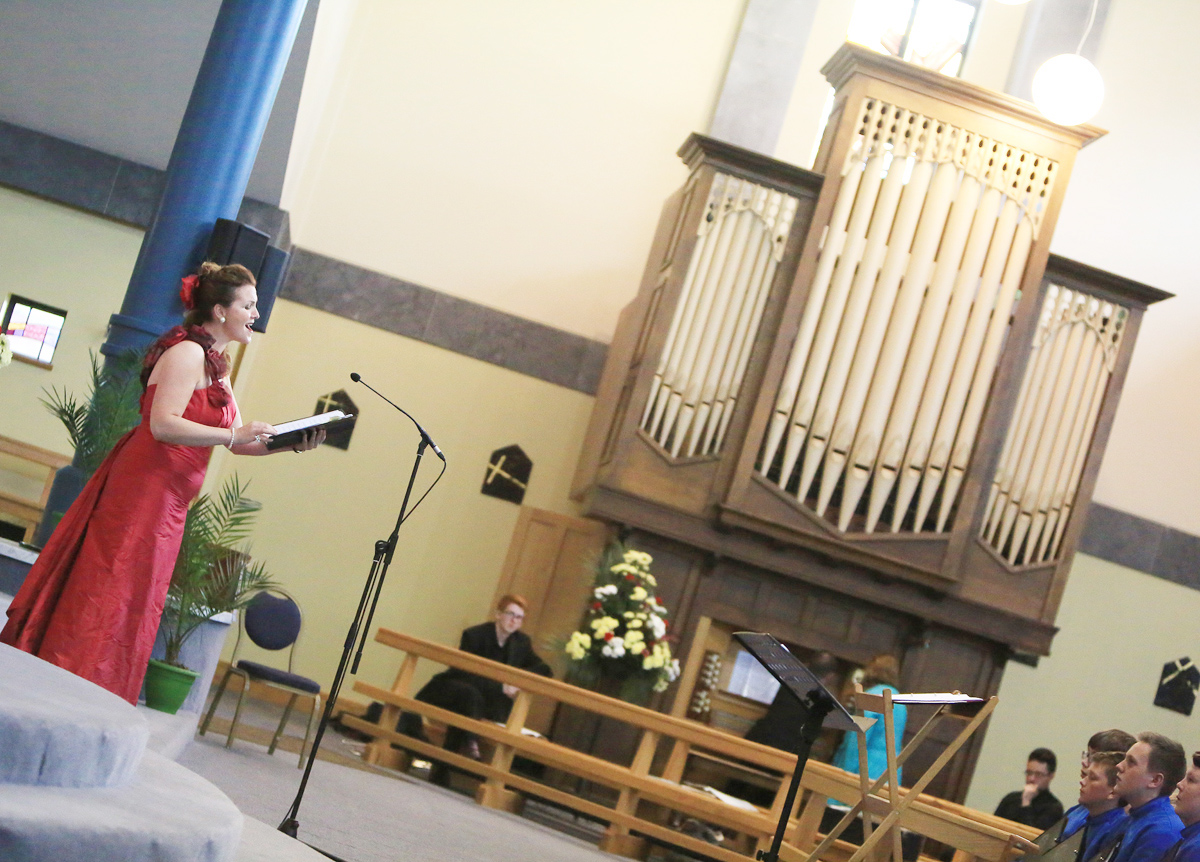 Parishioners at a West Belfast church are celebrating Mass for the first time accompanied by the beautiful sounds of a pipe organ that for years provided the music in a Protestant church in East Belfast.

Holy Trinity church in Turf Lodge recently bought and restored pipe organ that was previously situated in the former St Martin’s Church of Ireland on the Newtownards Road.

The Wells Kennedy pipe organ was officially blessed and dedicated at special service conducted by the Bishop of Down and Connor Noel Treanor and Parish Priest Father Brendan Smyth. The new organ has arrived at the church at just the right time to accompany the recently formed community choir made up of women from the parish.

Holy Trinity’s musical director Mark Mooney explained that when he was appointed by Fr Brendan Smyth to his new post he set about bringing back the joyful sounds of music to the parish.

“We heard about the pipe organ from the old St Martin’s church and purchased it. It’s a fantastic organ and is quite well known because the BBC used to record in the church there because of how good the music from the organ was.

“It was then restored by Alistair McCartney and the Pipe Organ Preservation Company who prepared it for the church here.”

Mark explained he was keen to form a choir to accompany the organ.

The choir sang at the special service to bless the organ in front of the Bishop and priests from across the Diocese of Down and Connor.

The service was then followed by a gala concert with the Palestrina Choir from Dublin’s Pro Cathedral, with their conductor Blanaid Murphy and accompanist Darren Magee alongside soprano Marion Jordan, George Sandford on the trumpet and harpist Cara McCann.

“It was a beautiful service and lovely way to celebrate the church now having such beautiful music,” he said.

“We never thought we would have such a wonderful organ and this beautiful music. It’s fantastic for Holy Trinity.”

He added: “The digital organ we had was coming to the end of its life and we couldn’t get anyone to repair it,” he said. “We are glad the opportunity to purchase the pipe organ which has been wonderful.

“It’s taken over a year for the process to happen and we are delighted to now have it. When Mark was appointed he started to form the choir and they have taken centre place. They have beautiful voices.”