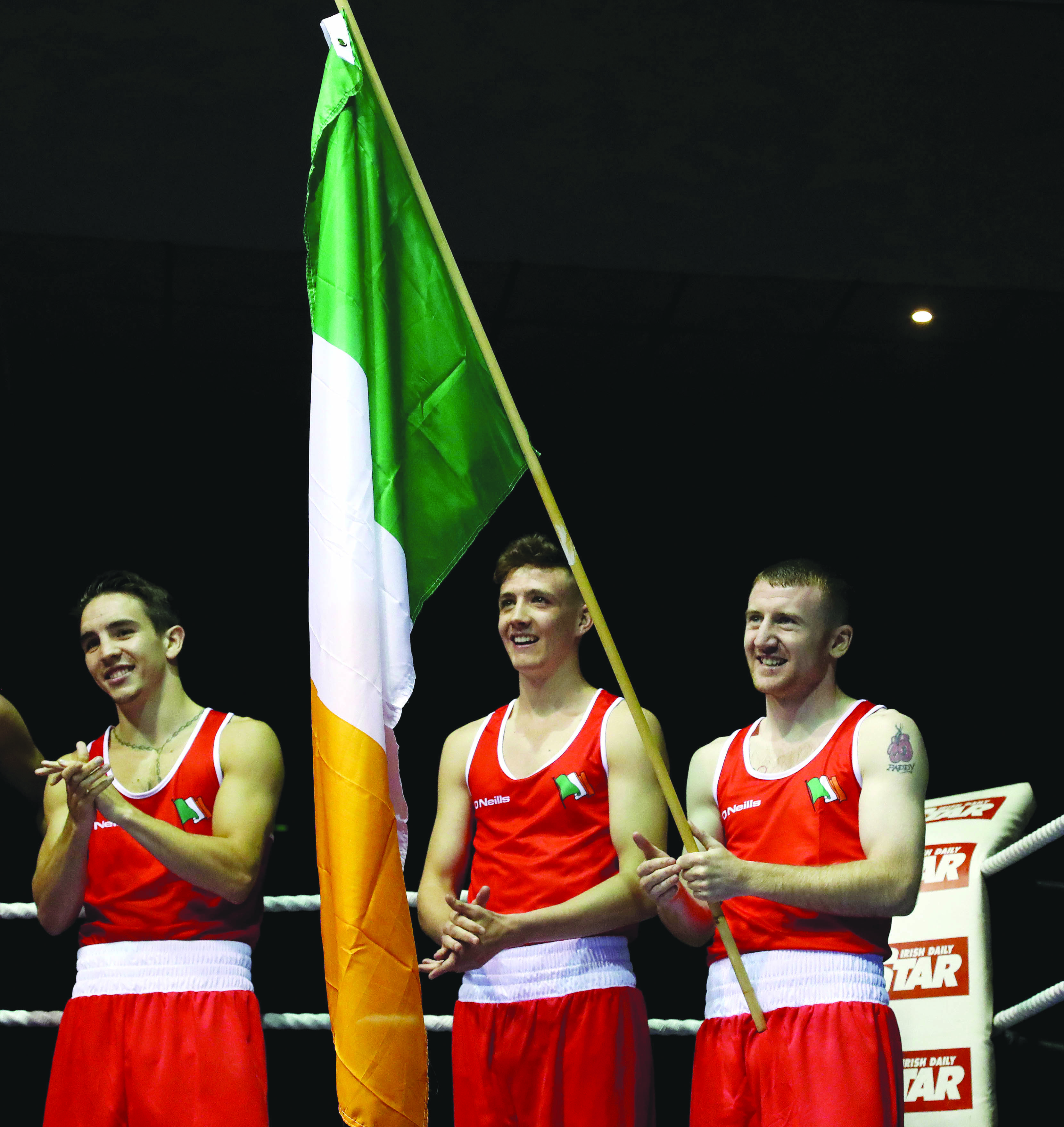 IN a career of top honours, big stages and widespread support, there isn’t much Paddy Barnes hasn’t done.

The North Belfast man is just the second ever Irish Olympian to medal at successive Games, while in Rio he becomes the first Irish boxer to appear at three Olympics.

The Holy Family man is the only boxer from the North to successfully defend a Commonwealth title while his exploits in the 2015 World Series of Boxing saw him win seven fights from seven that qualified him for Rio and collect the ‘best boxer’ award from last year’s series.

Throw in European gold and silver and the 29 year-old’s CV makes impressive reading, but the ultimate honour awaits. On Friday night at the Maracana, Barnes will lead the Irish Olympic team out as flag bearer, making him the seventh Irish boxer to do so since heavyweight Matt Flanagan at Amsterdam 1928 and following in the footsteps of Katie Taylor, Francie Barrett, Wayne McCullough, Jim McCourt and Tony Byrne.

Of course, improving on his bronze medal performances of Beijing (2008) and London (2012) is top priority over the next couple of weeks, but being chosen to lead his country into the stadium is something that fills him with pride.

“I’m obviously looking forward to going out to Rio and trying to win a medal, but the main thing is carrying the flag into the stadium for Ireland during the opening ceremony,” said the Irish boxing captain.

“That’s a massive honour for me and something any athlete would want to do.”

Certainly it is and some feel it is an honour that perhaps should have been bestowed upon the light-flyweight in London, but as the saying goes, ‘the best things come to those who wait’ and wait Barnes has for these Games given his qualification in April 2015 through WSB.

Not one who is fond of long-haul travel, it was a case of grinning and bearing it as he joined friend and Olympic medalist, Michael Conlan as they jetted to the four corners of the world to fulfil a hectic schedule that sealed their places in Rio.

Barnes was in incredible form during those seven bouts for Italia Thunder, winning each and proving he could adapt to the five rounds system.

However, his success came at a price as he injured his hand, ruling him out of the European Championships four months later and therefore the Worlds due to qualification being dependant on performance at a boxer’s continental championships.

“It’s a year since I qualified so it’s been a long wait,” agreed the North Belfast man.

“After the WSB I had a problem with my hand I needed to get fixed, but to be honest I wasn’t that interested in going off to the Europeans anyway as we had been travelling the world (through the WSB).

“I would have liked to have gone to my fifth Worlds alright, but I couldn’t do that.

“The schedule last year was mental anyway and I wanted to spend as much time as I could with my family as well.”

After a lengthy break from competitive action, it may have taken a while to get back into the groove but Barnes wasn’t exactly twiddling his thumbs in that time. As always, the two-time Olympic medallist was putting in the yards in the gym – as-well-as a spar against friend, Carl Frampton who he admitted “was too strong for me” - and a couple of test bouts against top opposition sharpened the tools ahead of the Games.

Indeed, he felt he had to ease up in preparations as he felt he was a little further down the road than from where he needed to be but was in fine form and oozing confidence ahead of his opening bout on either Saturday or Monday (the draw will be made today, Thursday).

“A break is nice but I had two fights to get back into it, but I have been having great sparring as well and I thought I might even have been too far ahead from where I should have been, so I just had to step back a bit and make sure I am ready when it is time,” he explained.

“A week (to acclimatise) should be fine because I would adjust pretty quickly. That’s not something I’m worried about at all.”

All eyes will be on Barnes who is of course on of Ireland’s leading medal hopes going into the Games given his podium finished in Beijing and London. A similar finish will confirm the Holy Family man as Ireland’s greatest ever Olympian, but having collected two bronze medals, upgrading the colour is the priority this time around.

“I put pressure on myself, I’m not really bothered about what anyone else thinks,” said the typically forthright Barnes.

“I’m ruthless in what I do. People might say to me about different things, but none of it bothers me so the pressure is off straight away.

“I do think I should win gold here and if I don’t then it will be because someone is better than, but I don’t think anyone out there is at the minute.”

While he admits there will be no soft touches, Barnes remains fully confident that his best beat’s any of the other 21 light-flyweights who have qualified.

“All of the weights will be tough,” he opined.

“But I’m 100 per cent confident. I know that if I can perform at my best, then there is no reason why I can’t win it.”