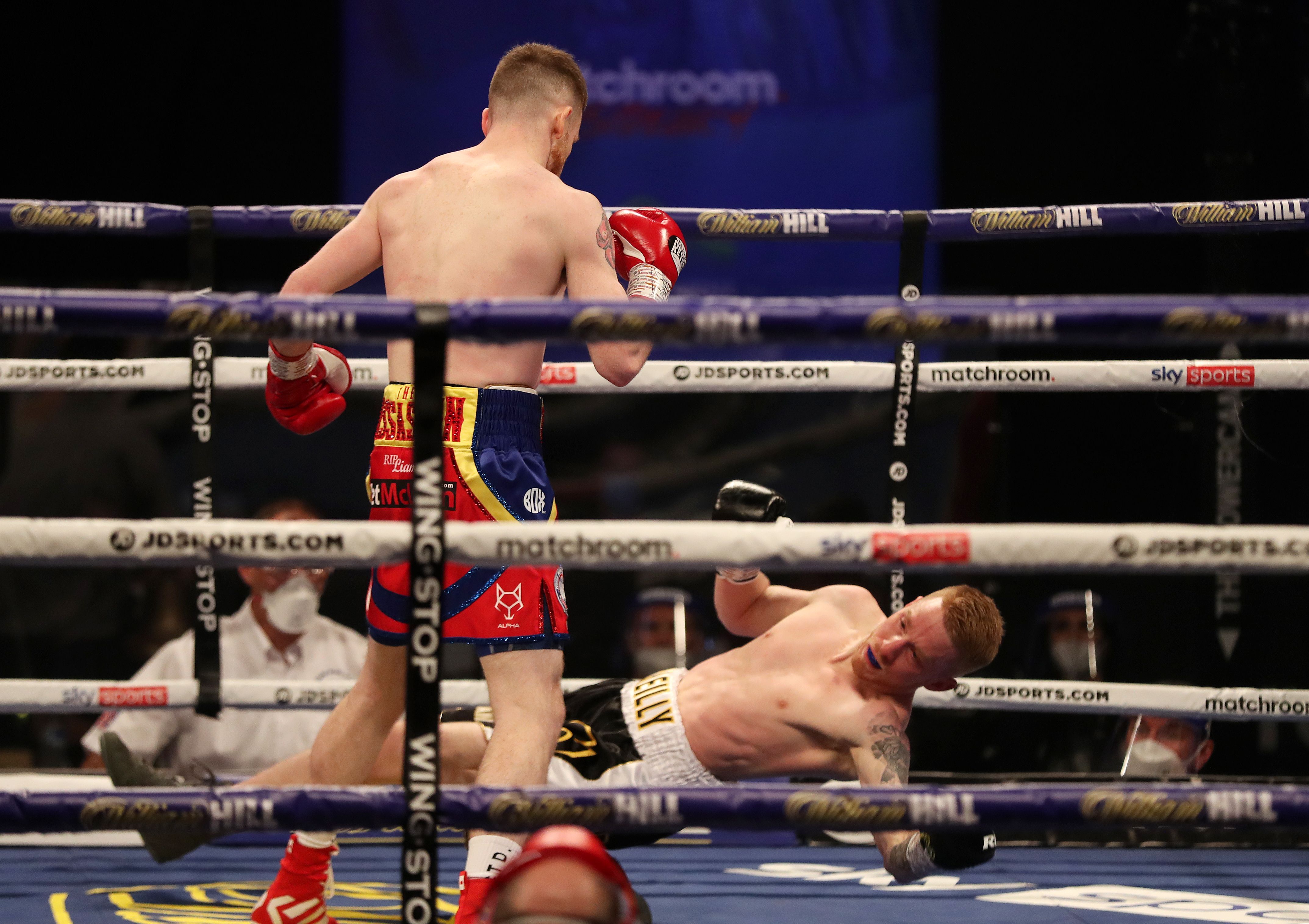 The Belfast man has looked the part since stepping up to the 135lb division in early 2019 with six stoppage wins in as many contests including a first round demolition of the previously undefeated Josh O'Reilly back in December.

It had been anticipated that former three-weight world champion Ricky Burns would be the opposition for this latest clash, but the Scot withdrew leaving Tennyson's team with a job on their hands to locate a replacement.

IBO World title!! The one i’ve been waiting and working for! The count down begins to become World champion 1st of May!! #AndTheNew #TeamTennyson #Repost @matchroomboxing with @make_repost
・・・
𝙁𝙞𝙜𝙝𝙩 𝙉𝙚𝙬𝙨! 🚨 pic.twitter.com/UoWePl9ufs

They did so in the form of 27-year-old Straffon who will walk to the ring with a record of 23-3-1, with 16 of those wins coming inside the distance and and has never been stopped in his three defeats.

That will certainly be tested against the Poleglass man who has dynamite in his fists and says that being handed this big opportunity will help him blast his way to the top of the lightweight division.

“Winning the IBO world title will be a dream come true for me,” said Tennyson.

“I have worked my whole life for this moment. This is my big opportunity to complete my collection of belts. I’ve won British, Commonwealth, European and two WBA titles. All that’s missing is a world title.

“The other guys holding belts at lightweight haven’t been putting their belts on the line against each other.

"Winning the IBO will hopefully dangle a carrot in front of the other world champions and entice them into a big unification fight. I’m expecting a tough fight, Mexican’s are well known for their toughness. I’ll have to bring my A game.”

The Poleglass man has overcome setbacks in his career as he has dusted himself off after defeats in lower weight classes, but now looks right at home in the lightweight division that is arguably the hottest in the sport at present.

His all-action style has won many admirers as excitement usually follows and it is hard to see how this won't be another firefight on May 1.

“I am delighted for James Tennyson to be given this world title opportunity by (promoter) Eddie Hearn and Matchroom,” said Mark Dunlop, manager of Tennyson.

“James is a role model to not only his community but every up and coming young boxer who has the same dream.

"His dedication to myself, his coach and Eddie Hearn is a lesson to all in the sport of professional boxing and he has been rewarded for that time and time again.

"He is fully aware Straffon is a dangerous opponent who is coming to take his shot at glory. This fight is only going to end in a shootout.”

Tennyson's aggressive style ought to mesh well with the Mexican who will arrive in Manchester knowing this is his big chance to push his career forward.

Having boxed almost exclusively at home, Straffon knows this is the biggest stage of his career and has vowed to rise to the challenge.

“I’ve been working hard for many years to get a fight like this,” said Straffon.

“I will not waste it. I will go up in the ring thinking about my two little daughters and how I need to win this for them. Maybe if I win, Eddie Hearn will want to work with me and my team in the future.”