Joe McDonagh Cup: Antrim plan to power on against Kerry 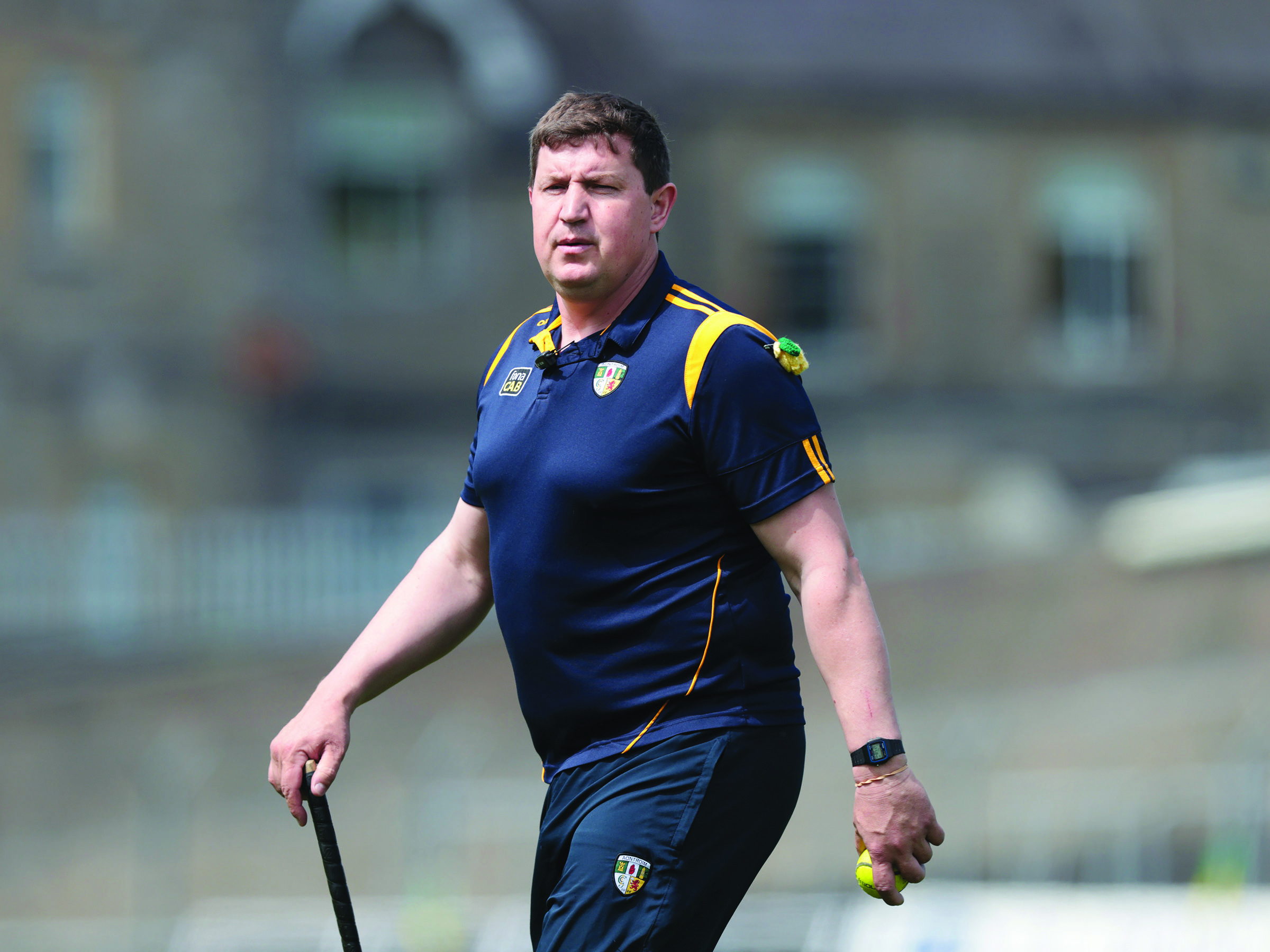 Despite already being through to the Joe McDonagh Cup final, Antrim manager Darren Gleeson insists there will be no slacking off against Kerry on Saturday John McIlwaine

THE pressure may be off, but that doesn’t mean Antrim’s hurlers will be taking their foot off the gas when they wrap up their Joe McDonagh Cup group games against Kerry at Corrigan Park on Saturday.

A place in the June 4 final at Croke Park - a curtain raiser to the Leinster SHC final - is what Antrim can look forward to, but just who joins them will be decided on Saturday with three teams still in play.

Offaly are in the driving seat and should they avoid defeat at home to Carlow, they will be set for another showdown with the Saffrons, but a Carlow win can send them through if Kerry fails to win in Belfast.

Should the Kingdom also win, their plus-40 scoring difference to Carlow’s plus-20 and Offaly’s plus-14 means it could well be a repeat of the 2020 decider that Antrim won.

Those permutations are for those sides to worry about, however, with Antrim using this Saturday as an opportunity to maintain their winning momentum and rectify mistakes made in the victory over Meath at the weekend.

“If Kerry get the win over us next week and Carlow win (against Offaly) that’s Kerry inside in the final as they are ahead on the score difference and the head-to-head would go out the window,” noted Antrim manager, Darren Gleeson.

“Similarly, if we beat Kerry next week and it’s in Offaly’s hands if they win it, but the other teams will be looking at it to see what’s going on.

“We’ll be full tilt preparing for ourselves, high intensity and that’s the only way we can play. You could see when we dipped off today and went down a level, we were average at best.”

Bring your hurls, jerseys, programmes to get signed and show your #SaffronSupport #RoadToCroker

There will likely be some changes this week - one being Niall McKenna who was sent off late in the game against Meath and Gleeson admits it is disappointing for the Sarsfield’s man having just returned from injury.

“He’d be very disappointed with that himself after getting a full shift back into him after a bad knee injury,” Gleeson reflected.

“He made a great recovery and was very disciplined in that recovery, but it is what it is.”

Gleeson insists those who get the nod will be there on merit and will be busting a gut for inclusion in the final, while playing fair to all teams in the hunt for second place is also important.

Therefore, those switches could serve to keep the hunger levels high as it is the last chance to impress ahead of the final.

It’s also an opportunity to get minutes in the legs of those who are coming back from injury, while also affording those not quite right a little extra time to fully recover.

“The way it works is whoever is in form will play,” he stressed.

“The lads who will get a jersey next week will have earned it all week at training and all year.

“We won’t be taking the foot off the gas. The integrity of the competition is there for us and we’ll play it to the end. We’ve a home venue next week and we’d like to keep the momentum going as we’ll need that going into this final.

“It’s up to everyone else next week to go about their business and we’ll be using the Kerry game as preparation for the final, kicking on and lads getting the chance to put their hand up.”