Joe McDonagh Cup: Victory over Carlow can leave Antrim with one foot in the final 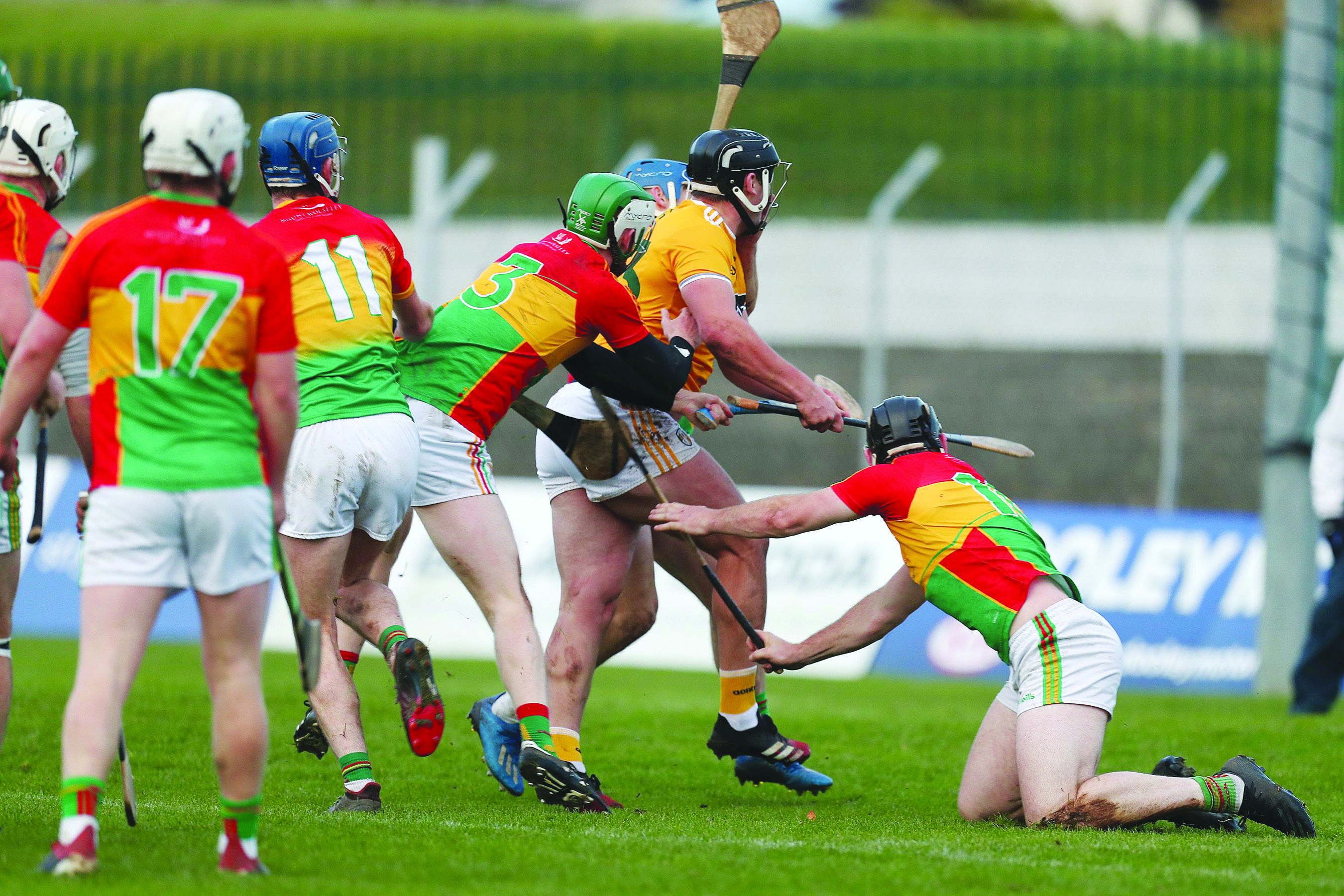 Domhnall Nugent struck for a last-gasp equalising goal when Antrim faced Carlow in the 2020 Joe McDonagh Cup. While Antrim are favourites for Saturday’s game against the Barrowsiders, they will be wary of the visitors who always pose a tough test John McIlwaine

WITH two wins from two, Antrim head into Saturday’s Joe McDonagh Cup game against Carlow knowing another two points would leave them with one foot in the final.

It has been a hectic run of fixtures for Darren Gleeson’s side with this being their third Championship outing in 14 days, but then all counties have experienced the same and will be keen to head into the week off with added points on the board.

Antrim and Carlow aren’t exactly strangers to each other with numerous meetings between the pair in recent years that forged something of an intense rivalry.

The last time the Barrowsiders were at Corrigan Park was back in 2018 during the inaugural Joe McDonagh Cup when Antrim prevailed in a bad-tempered affair with the hosts finishing with 14 players to Carlow’s 12.

They resumed hostilities during Antrim’s run to the 2020 title when it took a last-gasp goal from Domhnall Nugent to rescue a draw at Netwatch Cullen Park.

Despite it appearing the counties are on differing trajectories, absolutely nothing can or will be taken for granted when they lock horns once again on Saturday.

“We stole a draw that day,” Antrim selector Johnny Campbell recalled of that game on Halloween 2020.

“We know Carlow and Carlow know us, so hope we can give a disciplined display.

“It’s hectic with it being week-on-week. Momentum gives you energy and makes the training that bit easier.

“There are tough games coming. Carlow will come up to Corrigan and they always give us a tough test, so we will look no further than them and see what comes after.”

Our Senior Hurlers face Carlow at home in Corrigan Park this Saturday in Round 3!

ALL games are ticket only and available to purchase now👉🏻 https://t.co/QQlZ8e5mlU pic.twitter.com/g8IJElacaD

Tom Mullally’s charges will travel north aiming to bounce back from a rather crushing home defeat to Kerry at the weekend that was in contrast to the hammering they handed out to Meath on opening day.

The names still pulling the strings are familiar with Marty and Jack Kavanagh, Chris and John Michael Nolan, Diarmuid Byrne and Richard Coady still driving them on.

It’s quite hard to know just where they are at given their up and down form throughout 2022 where they have looked a serious outfit one week and then poor the next.

If that trend is to continue this week, then Antrim will get their fill of it, but then should enter with confidence given their performance against Down last Sunday.

In attack, Antrim almost looked unplayable as they hit a combined tally of 40 points that underlined their potency and while there will be some concerns at the concession of three second half goals, the points had been long since wrapped up by this point.

“You want players running hard and the ball to move fast to create the space,” said Campbell of the forward unit.

“So far we are doing that so long may it continue. Some of our forwards’ tackling was really top-drawer with the turnovers, so it’s just about having that discipline and seeing where it takes us.”

The ability to turn the ball over in the middle third against Down was quite evident and it was down to the physical advantages this Antrim team now has.

That is down to the work that has been done behind the scenes and the Saffrons’ experience of Division One hurling has also paid off as their touch and speed of movement now seeing them look a very accomplished side.

There is still work to be done and that concession of five goals over their opening two games is one area that needs addressed, but they can feel good about where they sit heading into Saturday.

“Since Darren has come in, the lads over the past two or three years have went at it in the gym and turned themselves into athletes,” Campbell noted.

“There’s still work to be done there, but they’re going the right way about it.”

The return of Neil McManus from injury on Sunday was a boost as the Cushendall man appeared off the bench for his first appearance since the Laois game at the start of May, while James McNaughton was fit to start.

The injuries may be clearing up at the right time for Antrim, but those who have been playing in recent weeks have been performing, so it will give Gleeson some decisions to make this week.

Games against Carlow carry a physical edge, but Antrim have shown they are up to those demands and should they perform on Saturday, they will have enough to score another win and leave themselves on the brink of a return to the final and a place in this year’s All-Ireland Qualifiers. 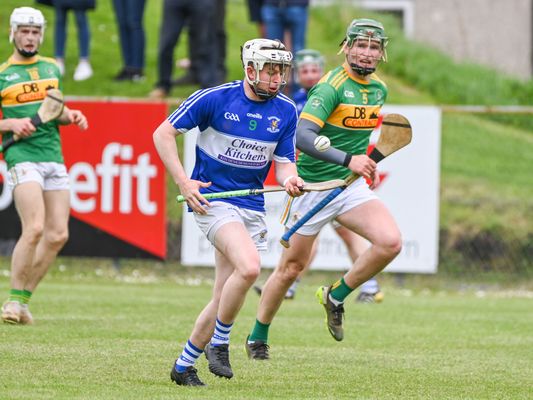