Keeping your eyes peeled for a special winter visitor 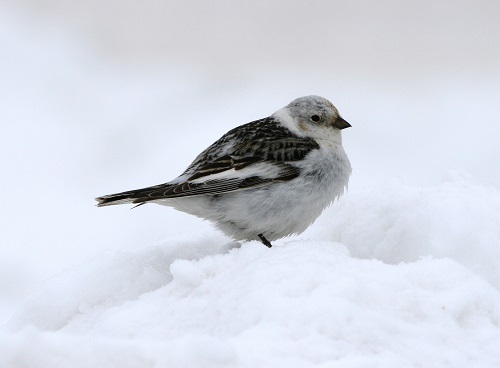 WHEN most people are throwing another sod of turf on the fire and wrapping themselves in extra-thick jumpers, our whitewashed hills cast a magnetic-like spell on Dúlra.

They’ll call him like a homing pigeon and he’ll find himself slipping on the waterboots, grabbing the walking stick and binoculars and heading to places others find inhospitable.

When he was young, the coldest days were the best for nature. In the countryside, extremes work. The hottest weather will nudge nature into full bloom, while the coldest will always throw up plenty of surprises.

Like the goldfinch that was so desperately feeding on napweed seeds on a snow-covered Black Mountain that Dúlra could have literally picked up with his hands. Or the bramblings he attracted to his garden, or the foot tracks, big and small, in the snow that reveal for the first time our myriad of nocturnal animals.

But there’s always a holy grail, a thing so rare that the chance of seeing it is enough to pull Dúlra from the cosy fireside.
For Dúlra, that’s the snow bunting, gealóg shneachta in Irish – which often goes by the nickname of snowflake. This is a beautiful wee bird that certainly doesn’t like fireplaces. In fact, even the top of Ireland’s highest peak is too warm for it to breed.

The odd one breeds in the Cairngorms of Scotland, but it’s really at home in the freezing conditions of the Arctic tundra. In really bad winters, they are forced to come south and occasionally to Ireland – one or two have already been spotted on our coast. They won’t be seen anywhere near our gardens, however – that’s only for lazy, spoiled birds – no, the snow buntings head for our hilltops, where conditions are similar to an Arctic summer.

Freezing
There they will stay on the ground below the freezing winds and pick up bugs and seeds under the tufts of snow.

Dúlra has spoken to the odd person who has seen snow buntings – the famous mountain man, the late Jimmy Garland, used to regale Dúlra of tales of how during one bad winter he found himself surrounded by a flock of them near the UTV aerial on Black Mountain.

Their twittering song might be the first thing that draws your attention – and in fact it’s the sole measuring stick used by the female bird to pick her mate. The male with the best song gets the girl – just like our rock stars!

When the snow starts to fall in the next few weeks – our hilltops are already turning a frozen shade of white – Dúlra will be walking through the blizzards, frozen ears exposed and bins at the ready in the hope of encountering this beautiful, tiny white bird that is the toughest of them all.

If he’s finally lucky this year, he’ll return to the fireside happy. And that snowflake will never thaw in his memory.
Reader, Blackrock Square, Glengormley: A house nearby has a bird’s nest under their roof but unfortunately they have tangled it with a rope. Is it legal to destroy the nest? Dúlra writes: At this time of year when birds aren’t using it, it’s the only time you can interfere with a nest. Hopefully they’ll return and rebuilt it in the spring.

Stephen, Falls: Can I do anything about magpies that are stopping all the garden birds from getting at the food I leave out for them? . Dúlra writes: You just have to let nature take its course. Winter will thin out the magpie population. One of the reasons we have so many magpies is that we killed all our eagles and big hawks, which fed on them.