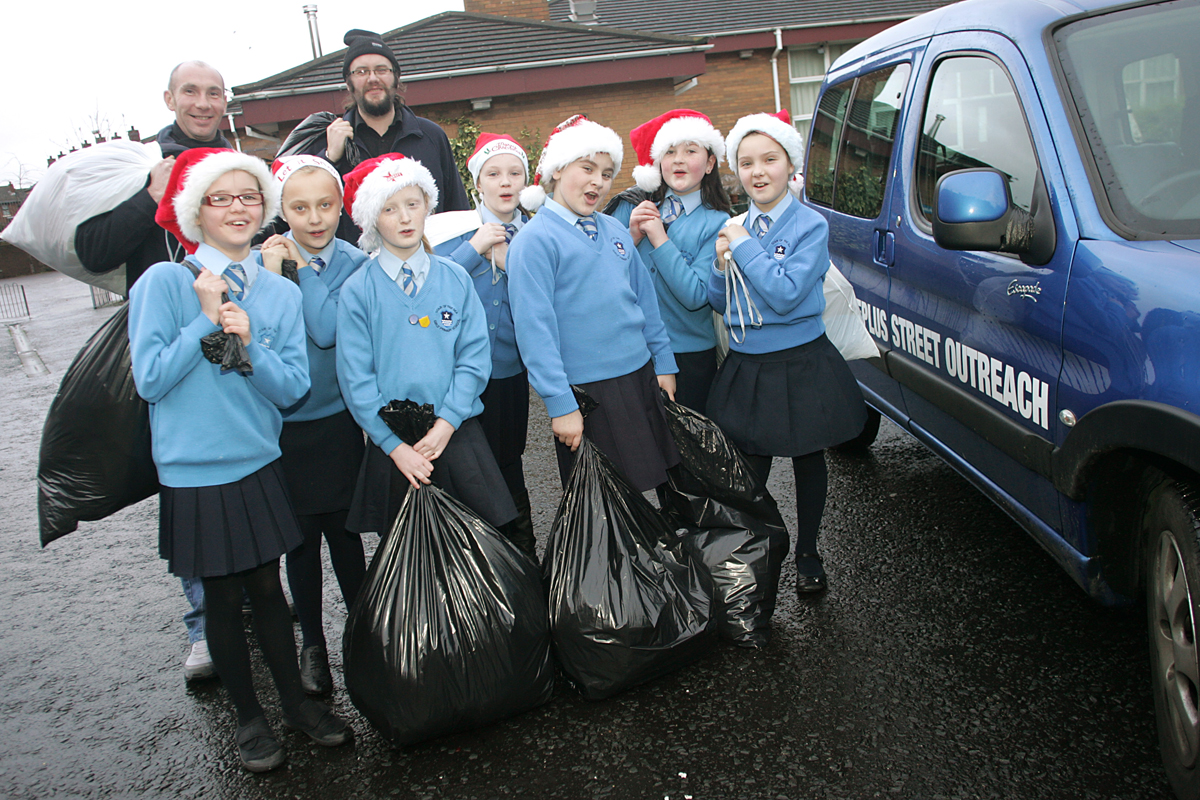 Pupils from a North Belfast primary school have been doing their bit to help homeless people during the Christmas period by providing them with clothes and blankets.

In early December pupils at Star of the Sea Primary in the New Lodge began raising money and gathering unused coats to donate to homeless charity Homeplus.

Last week the kids handed over twelve warm winter coats to the charity who distributed them to homeless people throughout the city.

It was all part of Homeplus’s biannual Outreach project in which volunteers from the charity drive around Belfast providing clothes and food for people living on the street.

Sean O’Brien-Smith, manager at Homeplus, said the pupils were able to do their bit while leaning about the problems of homelessness.

“The children talked about what they could do to help homeless people and they came up with the idea to donate men’s coats.

“It is great for children to be able to help homeless people directly in a way that they don’t have to come out on the streets with us.”

Sean warned that homelessness may increase in the coming year due to the continued economic downturn and he urged anyone who would like to donate to the charity to contact them through their website www.homeplusni.org.