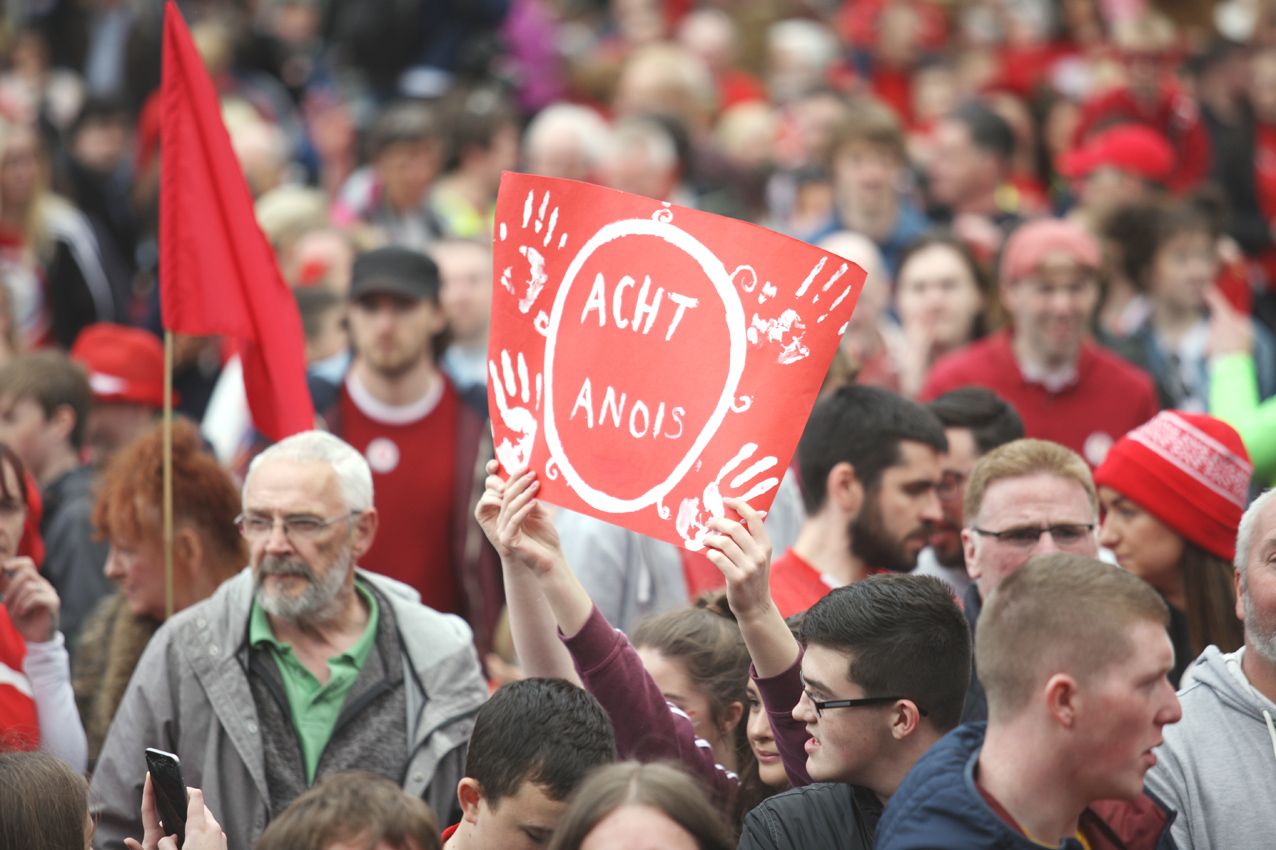 A NEW cross-party letter calling on the Executive to "urgently agree and publish" a timetable for the implementation of Irish language legislation has been published today.

The letter, signed, by Alliance, Green Party, People Before Profit, SDLP and Sinn Féin leaders, asks that the Executive to ensure the adoption of legislation set out in the New Decade New Approach agreement before the current Assembly mandate expires.

It further calls on the British and Irish Governments to "intensify efforts" to encourage all-party agreement on the implementation of the legislation.

The intervention comes as Sinn Féin say they will not agree to a new First Minister without movement on Irish language legislation.

Clear and simple message from the Cumann and @QUBSU today 👇🏻

"The letter calls for a new timeline to be agreed ensuring this legislation is on the statute books before the end of this mandate. For that to happen, the process must begin immediately. New Decade New Approach ensured the accompanying language legislation was time-bound to 100 days. That deadline was missed.

"The letter and spirit of the agreement was to ensure the legislation was in place before the upcoming election. To delay, frustrate or deny that legislation would in practice be to renege on the agreement. Any efforts to do so must be resisted.

"If the DUP cannot bring themselves to honour their own agreements in a reasonable and modest timeframe within this mandate, then both Governments, as co-guarantors and co-authors of the agreement, must step in and convene dialogue focused on producing an agreed timetable.

"The only party in the Executive standing in the way of progress is the DUP.

"The legislation has been agreed and published. The preparatory work within the Executive Office has been completed. This is ready to go. There is no legitimate or reasonable excuse for this delay. The issue of Irish language rights is now an immediate litmus test for the DUP.”