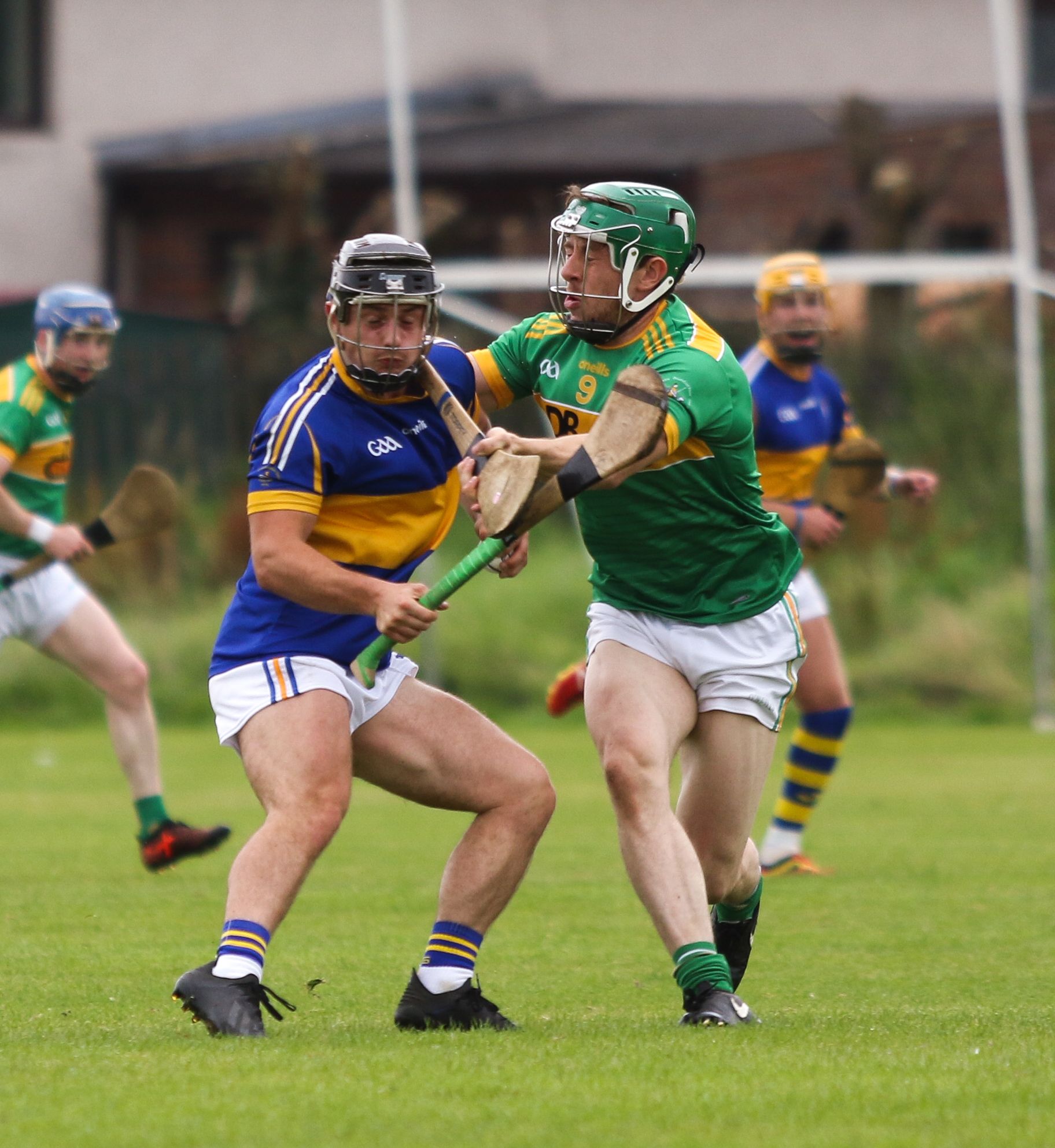 It was a game in which the hosts will look at and wonder how they didn't claim full points as they were outstanding throughout, bringing an intensity that Dunloy found hard to cope with at stages as they tore into challenges, turned ball over and played some clever stuff in attack.

It's not that Dunloy were particularly off colour as they too had their moments with Conal Cunning excellent throughout, Keelan Molloy lifting his side with two brilliant scores on the run and the equaliser a sublime effort from way out on the right hand side from McMahon.

This was simply a classic championship encounter and whilst it may have felt like a defeat for the hosts who were five up six minutes into added time, their task remains the same in that they will need a result in Ballycastle to progress, whilst Dunloy's trip to Corrigan Park also has the feel of a straight-up shootout.

The hosts didn't trail at any stage of this game and their full-back line was solid throughout, the midfield worked tirelessly, as did the forwards who chased and harried Dunloy to ensure they couldn't take the extra second to pick the passes they were looking for.

It was a tit-for-tat start with James Connolly and Conal Cunning swapping early frees, Connolly again nudged Rossa ahead before the first score from play came when Seaan Elliott scampered through to level matters.

A well-worked Rossa move involving short stick passing resulted in Connolly landing his first from play, with Stephen Beatty cracking over a beauty from the left after great work from Conal Shannon to win possession and a Tiernan Murphy score put the hosts three ahead on nine minutes as the confidence flowed through their play.

Cunning brought Dunloy to within one, converting from a free and play, but Connolly nudged Rossa ahead from a free before 'Coby' again replied when gathering under pressure, shrugging off a challenge and plotting the posts to leave it 0-6 to 0-5 for the hosts at the water break.

Connolly and Cunning traded frees again upon the resumption, but Rossa were to enjoy a good spell with Connolly landing from play and a free, and Gerard Walsh launched a huge score from distance after making a good intercept.

A pair of Cunning frees narrowed the gap down to two, but Michael Armstrong - effectively playing a free role - finished off a good bit of Rossa interplay to see them take a 0-11 to 0-8 lead at the break.

Dunloy upped their game at the start of the second half with Cunning converting a 65 and Seaan Elliott firing over from the left, but an excellent point from Tiernan Murphy who gathered turned and scored kept Rossa ticking over.

Enter Keelan Molloy who had been kept largely quiet by Gerard Walsh, but a player of that class is hard to shut down completely and he made a trademark burst to get free and point and he repeated the trick soon after following a Deaglan Murphy score at the other end before a Cunning free saw the sides tied at 0-13 in the 51st minute when the water break was called.

Rossa raised their game when play resumed and began to win the breaks, turn Dunloy over and make a drive at the line as they won a pair of frees that Connolly knocked over and when some tenacious challenging from the home forwards as Dunloy tried to get out from the back resulted in the ball breaking to Dara Murphy to point, it seemed like this was their day.

Another pair of Connolly frees - the second coming six minutes into time added on - appeared to seal it, but this game was far from done.

Dunloy showed their championship pedigree and drove for the goals they needed and got a first chance in the 11th minute of stoppage time from a close-in free that Paul Shiels stood over, but his shot whistled over.

'Shorty' would get another chance minutes later from out on the right and this time, he guided it brilliantly into the net with absolute precision to leave one in it.

There was somehow still more time left and Dunloy made the most of it, winning possession and working the ball out right where McMahon - who had just been introduced minutes before - was roaming and as the clock moved into the 15th minute of time added on, he launched a fine strike that sailed between the posts to salvage a draw.

It was cruel luck on the hosts who, for the second week in a row, saw the last poc of the ball deny them although their task remains the same next weekend - win and they're in.