Magee aiming to make the most of Commonwealth Games experience 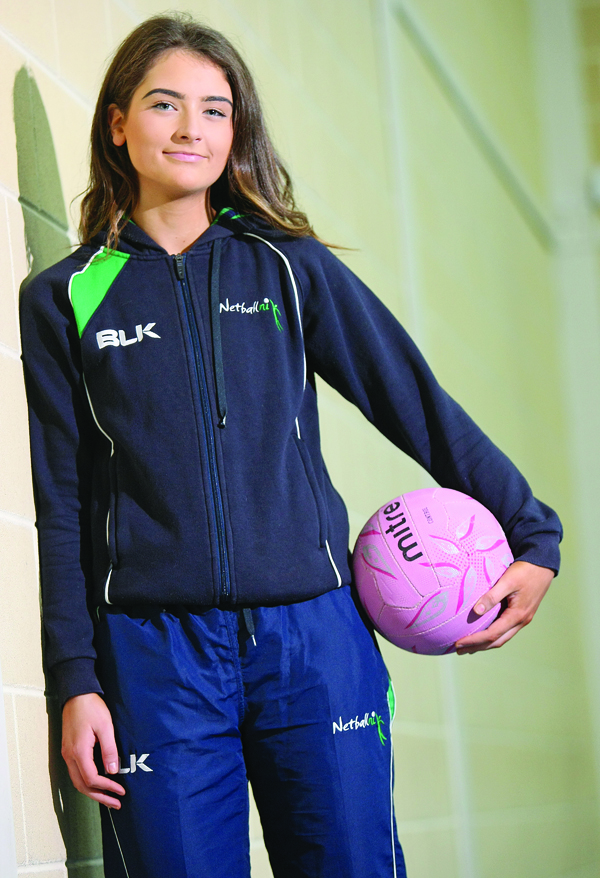 THREE days into the New Year, the NI Commonwealth Games Council announced their squad and 12-player netball team confirmed Michelle Magee’s place on the plane to the Gold Coast, Australia, writes Rachel Tierney.
The 18-year-old is the youngest member of the netball team by a considerable distance – eight years to be precise.
However, the prospect of going to the 21st Commonwealth Games doesn’t faze the South Belfast native, despite the fact that she is still an A-Level student at St Dominic’s Grammar School.

“I am studying math’s, biology and sports development. I am hoping to go on to do a medical engineering degree in England,” said Magee.
“It doesn’t put me under any extra pressure, but it is a big deal.

“I am the youngest in the team, by a long way. It makes the achievement a little bit more special for me. I am nervous, but also really excited.”

Juggling her studies and her training takes preparation and dedication and Magee also plays Gaelic football for her club side, Carryduff.
Michelle’s teacher and netball coach at St Dominic’s, Mrs Laura Bannon has helped her push on to the next level and break on to the Commonwealth Games squad.

In a game that shows a fast and exciting display of athleticism and tactics, it is key to keep up with rigorous training to keep these skills sharp and Mrs Bannon’s 7.30am training sessions have been key.
“Training is every day sometimes twice a day on the crazy days,” says Magee.

“I have to mix the conditioning sessions with my court sessions and I also play Gaelic with Carryduff.
“Mrs Bannon takes GAA and netball at the school and I’ve been going to her fitness classes for years - that helped me break into the elite level.
“It is tough to balance, but it comes down to time management.”

Magee, who can play Goal Keeper or Goal Defence, is one of a number of Belfast-based players on the squad, while the link to Gaelic Games is also strong on the team.
Fionnuala Toner, Lisa McCaffrey, Noleen Lennon, Oonagh McCullough and Niamh Cooper are also on the squad while high-profile GAA stars Caroline O’Hanlon (Armagh) and Neamh Woods (Tyrone) are part of the 12-player panel.

Northern Ireland finished seventh in the 2014 Commonwealth Games, but will hope for greater success this time around.
Having spent the past fortnight preparing in Tasmania, Team NI will be primed for the soaring temperatures of Australia’s east coast.
They will also have to be braced for the white heat of battle when they play their first match in the Gold Coast Convention and Exhibition Centre on Thursday, April 5 against the hosts and defending champions, Australia.