Man arrested in connection with notorious 2001 murder in North Belfast 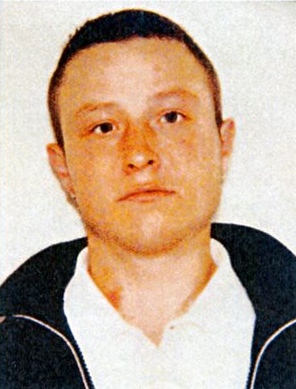 A 34-year-old man has been arrested in connection with a 2001 North Belfast murder described by police as one of the most savage they’ve ever investigated.

David Clarke was battered to death in his Forthriver Road home on June 6, 2001. The 26-year-old had special needs. Fixtures and fittings in the property were destroyed in a wrecking spree and police believe that the dead man fled to his bedroom to escape rampaging intruders but was pursued and brutally murdered.

It’s believed the killing took place in the early hours of the morning. David’s body was found later that day by friends who called to the flat and broke in when they became concerned.

Police said yesterday they had reopened the investigation into the murder after receiving new information. It’s thought the focus of the reopened investigation is on a number of incidents of bullying which David had suffered in the weeks leading up to his death.

“Everyone in the local community knew David,” he said. “He knocked about more often with teenagers than people his own age because he felt more comfortable with them because of his learning difficulties. He was inoffensive and vulnerable.

“Some time between midnight and 4am, entry was forced into the flat and David was attacked. This was an assault which became increasingly frenzied and resulted in David’s death. The individuals in the flat smashed its fixtures and fittings and David’s ornaments. We believe David had retreated into his bedroom for safety where he was savagely beaten and died.”

DCI Dickson said paramilitaries were not involved in the murder.

“I believe David was bullied because he was different, nothing else. I believe the bullying went too far and the assault turned into a frenzy. There were a number of people present in the flat at the time of the assault, including a woman.”

Police say they believe members of the community in the Forthriver and Glencairn areas have vital information about the killing and urged anyone who knows anything to come forward.

‘The community took David to its heart,” said DCI Dickson. “People helped pay for his funeral and his grave is tended to this day by locals and his old flat is now a community centre known locally as Clarke House. Even though there were a number of arrests during the original investigation, there is a sense that this was a forgotten murder. But it has certainly not been forgotten by police, or probably by those involved. I would ask anyone with information to do the right thing and come forward with anything they know. This was not a paramilitary murder and people should not be concerned about coming forward with information for fear of reprisal. This was an incident in which a vulnerable young man who was no threat to anyone was savagely beaten because he was an easy target.”