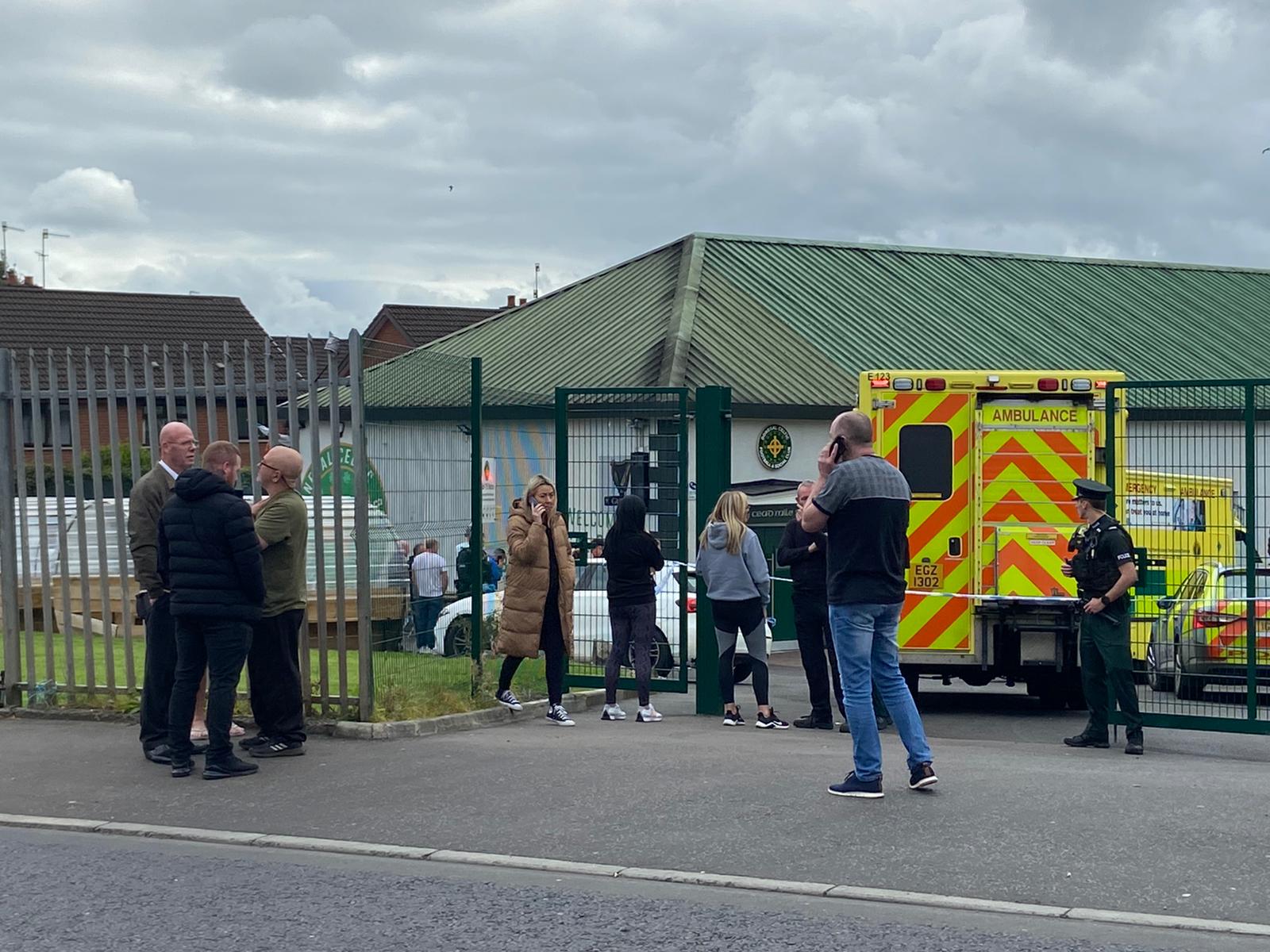 SCENE: Police and Ambulances are at the scene of a shooting at Donegal Celtic FC

POLICE have launched a murder investigation after a man was shot dead in the Donegal Celtic Social Club on Suffolk Road as patrons gathered to watch the Manchester derby on TV.

A cordon is in place and part of the Suffolk Road has been closed.

"He was pronounced dead at the scene.  Both gunmen are believed to have made their escape on foot along Suffolk Road.

“The investigation is at a very early stage and I would urge to anyone with information or anyone who was in the Suffolk Road area at the time the shooting took place and seen two men running from the club or who may have captured dashcam footage to contact us on 101 quoting reference number 1120 02/10/22.”

The Ambulance Service dispatched two emergency crews to the incident alongside the Air Ambulance.

An NIAS spokesperson said: "Following assessment and initial treatment, no patients were taken from the scene."

We are currently at the scene of a shooting incident in the Suffolk Road area of West Belfast. pic.twitter.com/JMw0xUyukl

West Belfast MP Paul Maskey has condemned the shooting and called for anyone with information to come forward.

“There is shock in the local community after a serious shooting incident at a West Belfast club," he said.

“I condemn those responsible. There is no place for guns on our streets.

“Anyone with information on this shooting should immediately bring it forward to the police.”

SDLP Councillor Brian Heading added: “The local community in west Belfast is in complete and utter shock after a man was shot dead at a social club in the area on Sunday afternoon. My thoughts are with the family and friends of the deceased who will have been left devastated in the wake of this senseless attack and the loss of their loved one.

“This incident has cast a dark cloud over the entire area, people in this community want to be able to live their lives in peace and this shooting in broad daylight in a busy establishment must be condemned in the strongest possible terms by all.

“People are rightly concerned at the presence of gunmen on our streets and I would urge anyone who knows anything about this shooting to come forward to police as soon as possible. We need these people apprehended to protect the community and ensure that nothing like this happens again.”

“I condemn this sickening attack, which has left the entire city shocked, particularly as it took place in the middle of the afternoon in public,” she said.

“My thoughts are with the loved ones of the victim, who have been left grieving following this brutal act, carried out by those who don’t speak for anyone in the community. Guns have no place in our society and the culprits need to be taken off our streets immediately.

“I appeal to anyone with information on this incident to take it to police right away.”